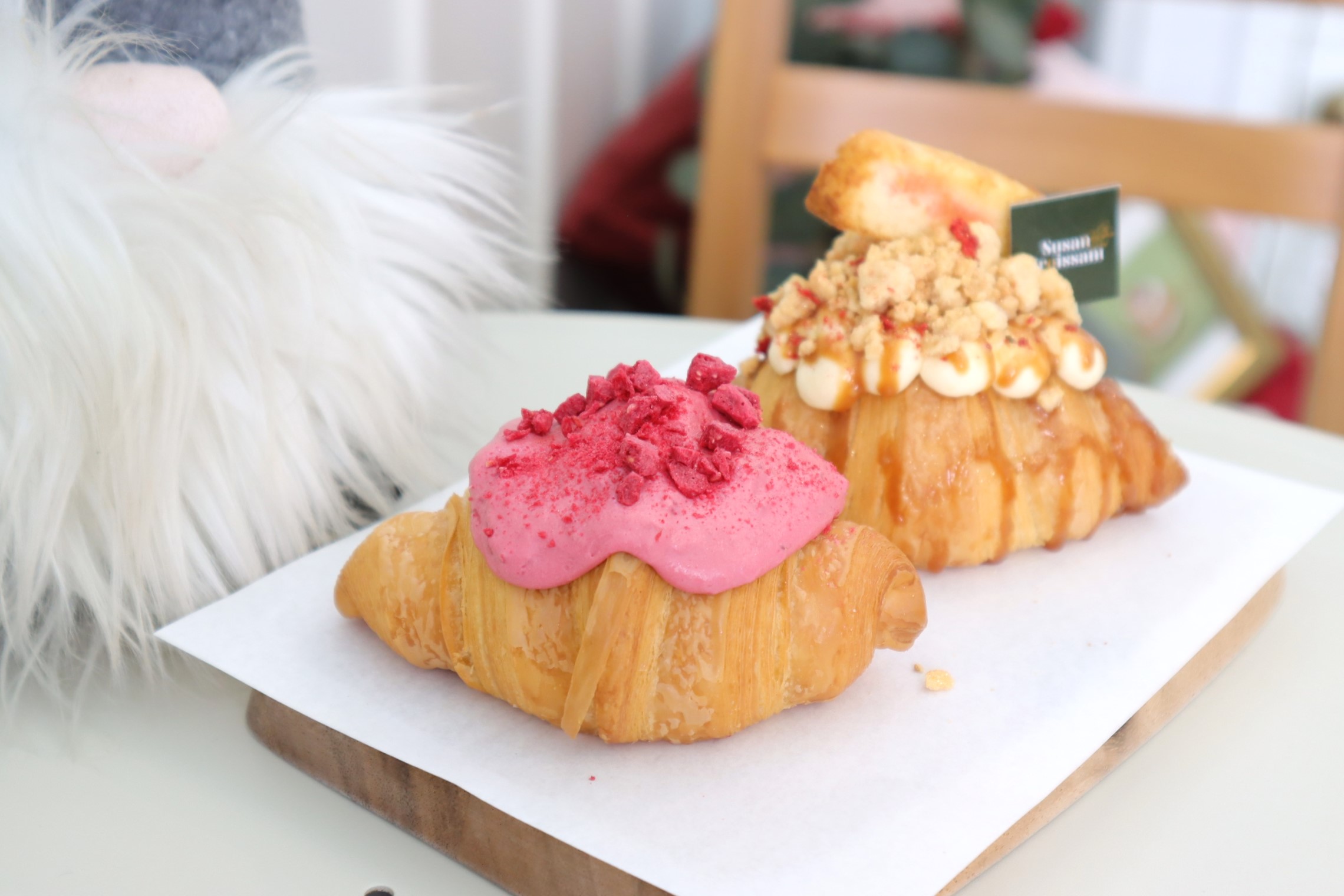 [Bangkok] Susan Croissant is a cosy café in Ekkamai carrying – you guessed it – croissants that are easy to eat and equally easy on the eye.

They were quite the hit on Instagram, for their crispy croissants that are piped with smooth custardy fillings.

Besides the classic croissant, they are also known for their Fridos, which are donuts made from croissant doughs. 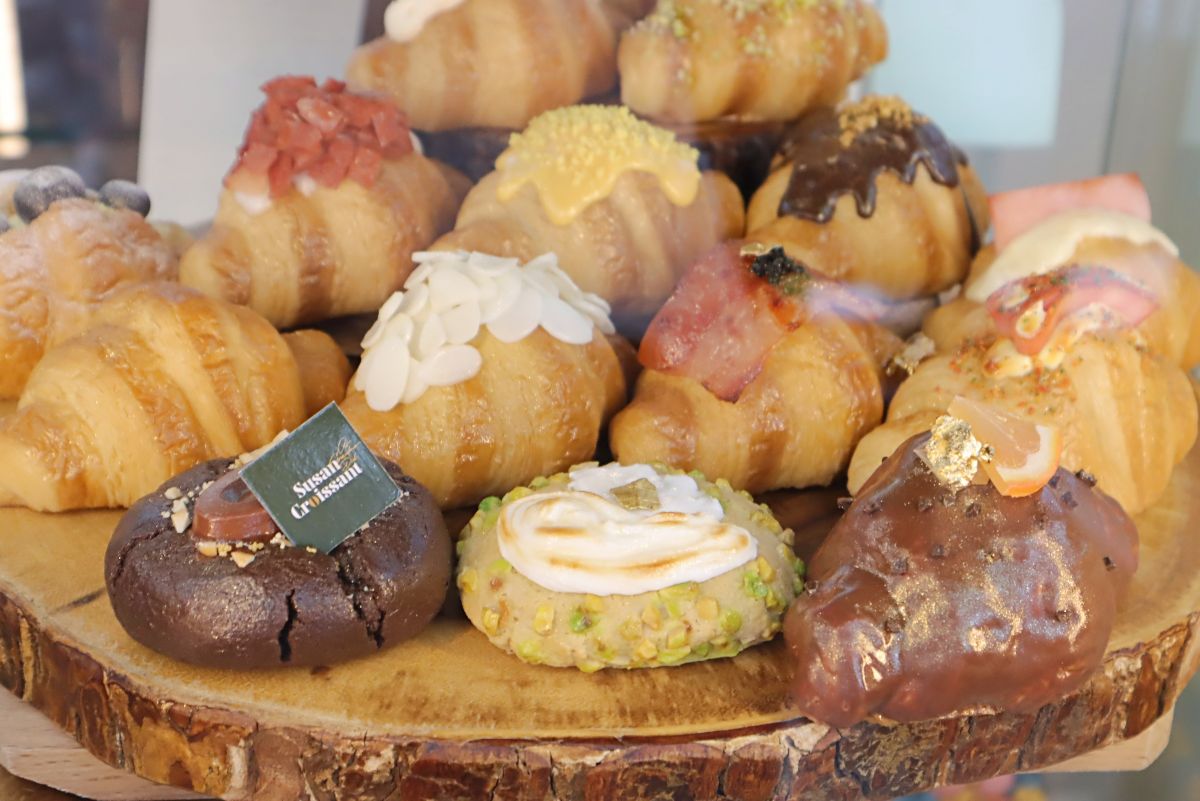 While the café is conveniently located at Ekkamai, it is hidden from plain sight at the main road and you would have to turn in a small alley. 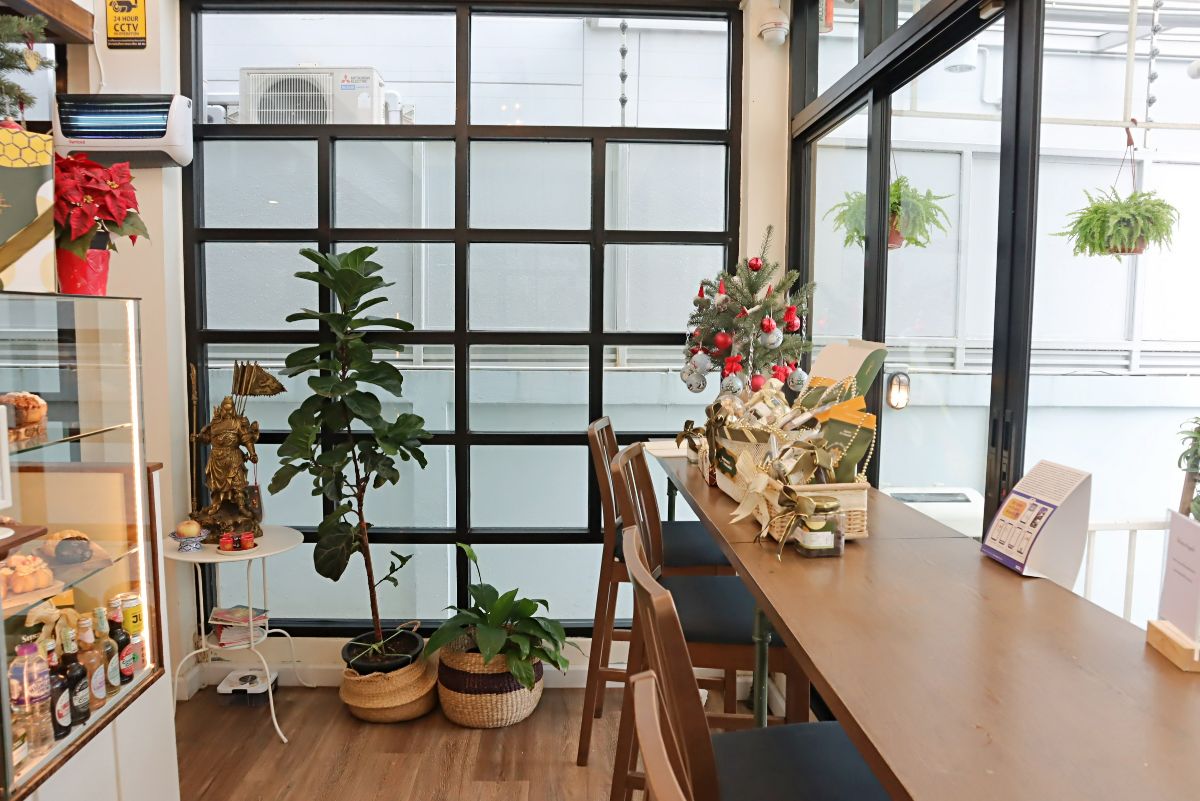 But it is a charming double-storey building, with limited seating space on the ground level.

The kitchen is out front with a glass window, for customers to watch the making of the croissants while they queue. 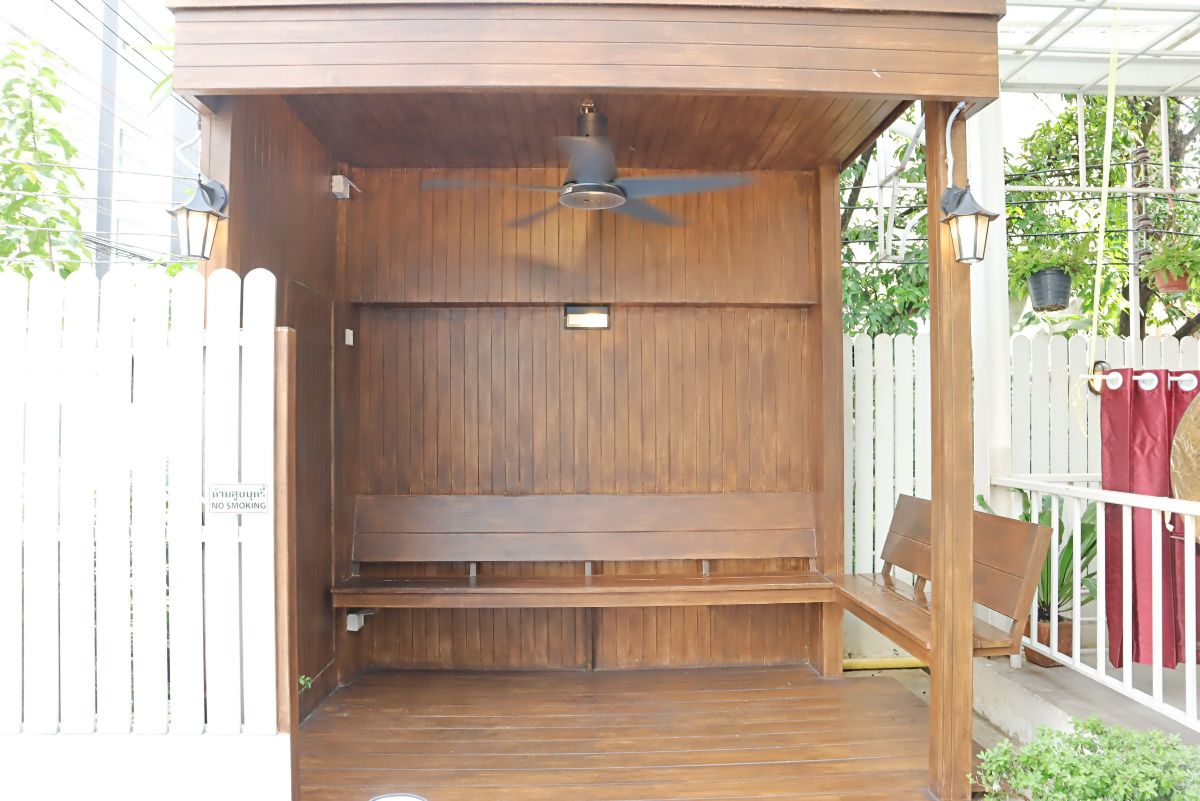 The owner of Susan Croissant used to be an office worker, before she chose to resign to start her very own café business.

Funnily enough, the point of creating smaller than usual croissants was to cater to office workers, who prefer having their food to be convenient on-the-go.

Susan Croissant is also known for its variety. Instead of having only simple croissants, they are spiced up with tons of permutations of stuffing, topping, and glaze.

In other words, you have to try more than just one flavour when you pay them a visit.

Recommended include the Raspberry Lychee (129 THB), Lime & Lemon (79 THB), Truffle (139 THB), Pizza Salami (99 THB), Macadamia (79 THB), to Loaded Croissant (129 THB). These are just some, and you can tell they are quite willing to experiment with various flavour combinations – both sweet and savouries. 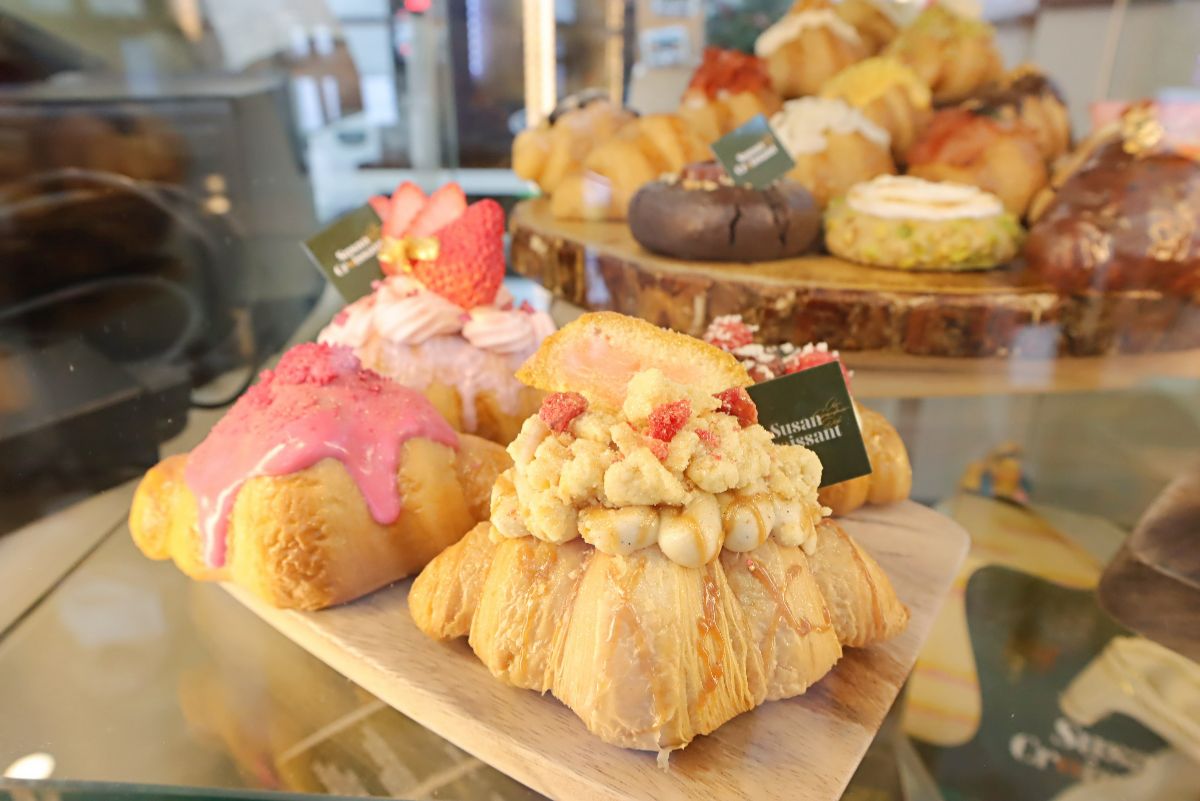 Do note that the croissants require a short waiting time of about 20 to 30 minutes (even when I was the only customer, apparently, they are prepared or piped fresh).

So, this is not a grab-and-go place.

The number one best seller of all time is the Almond Cream Croissant (55 THB). Decadent almond-infused buttercream is the filling inside the airy croissant, with Californian almonds on top for an added crunch. 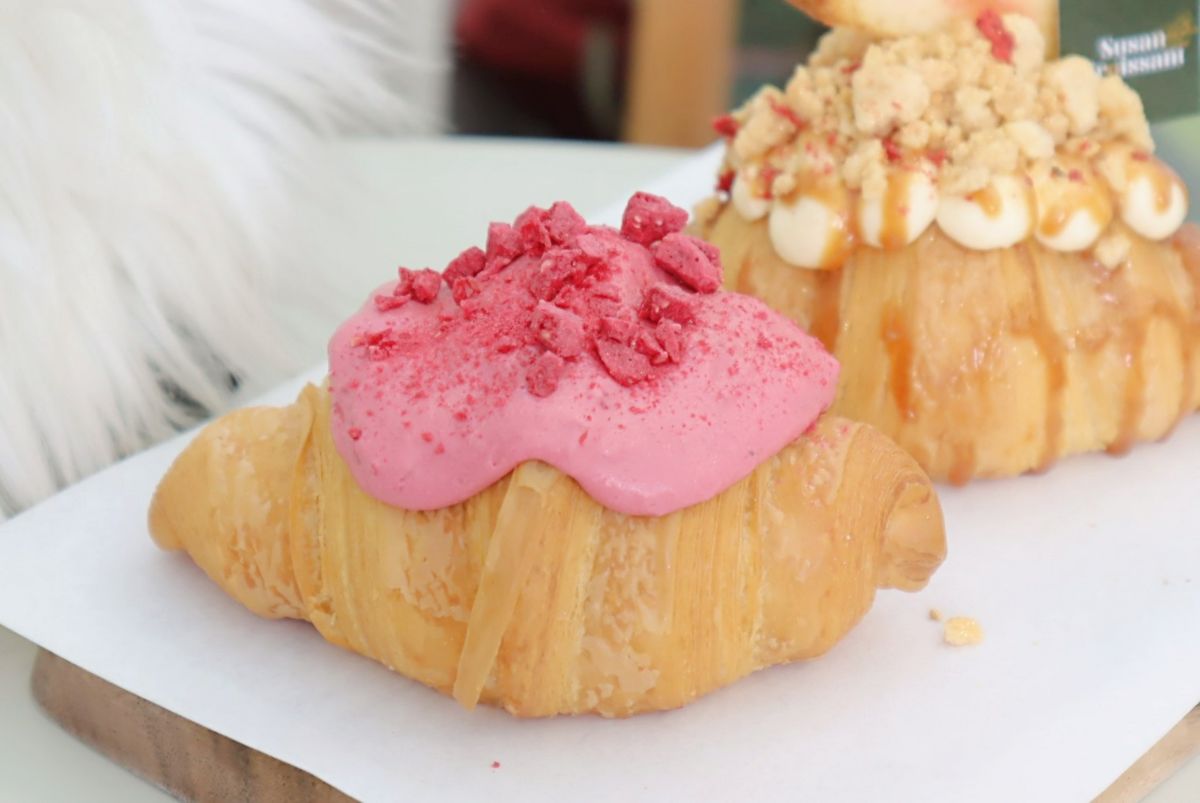 I had the pretty-in-pink Lychee & Raspberry Croissant (129 THB) featured lychees from Doikham simmered in lychee juice and layered with house-made raspberry ganache.

This reminded me of having one of those loaded donuts that were fluffy with surprises – the velvety-smooth custard was sweet and tangy, and definitely more than just a good looker.

The Chocolate Croissant (55 THB) is another popular choice with dark chocolate ganache, made from French chocolate, is both the filling and the topping on this rendition.

I was also quite intrigued by the European Croissant (79 THB). 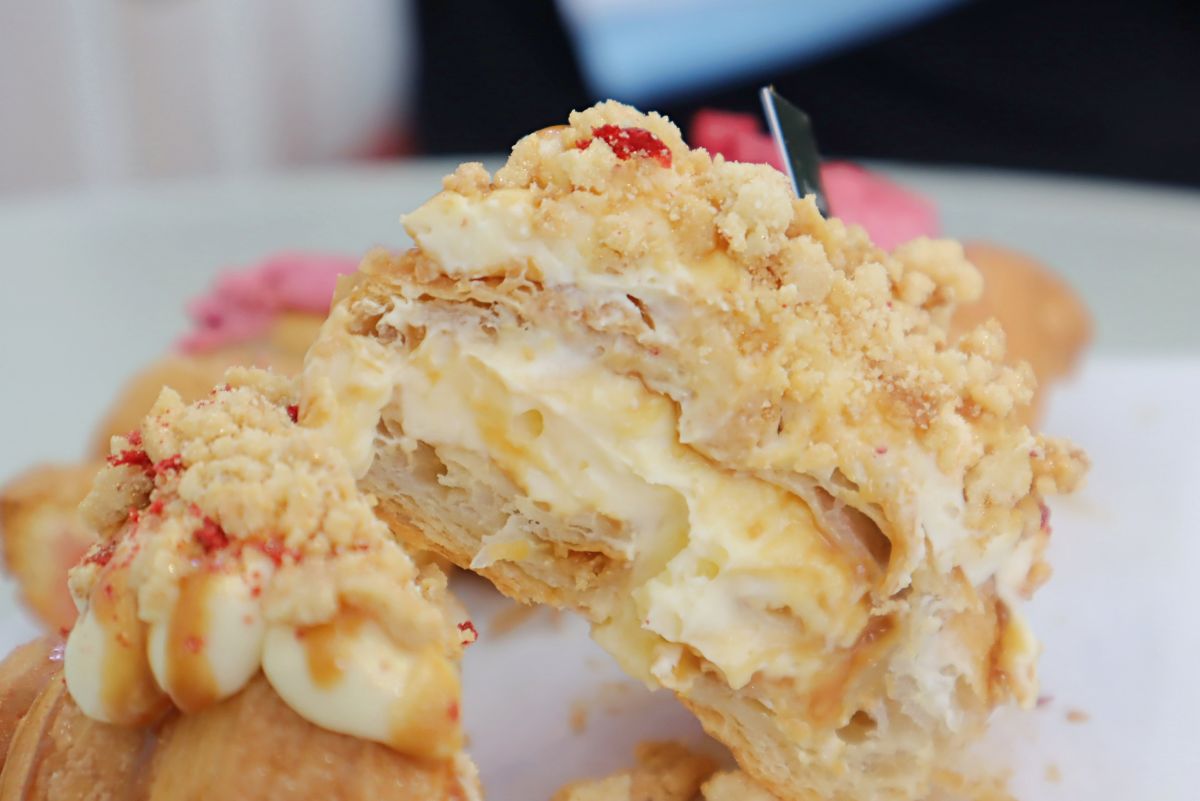 In case you are wondering why, this is a collaboration blend with the Euro Custard Cake – which are puff cakes filled with a sweet custard cream. Though taste wise it was overall less of a surprise. 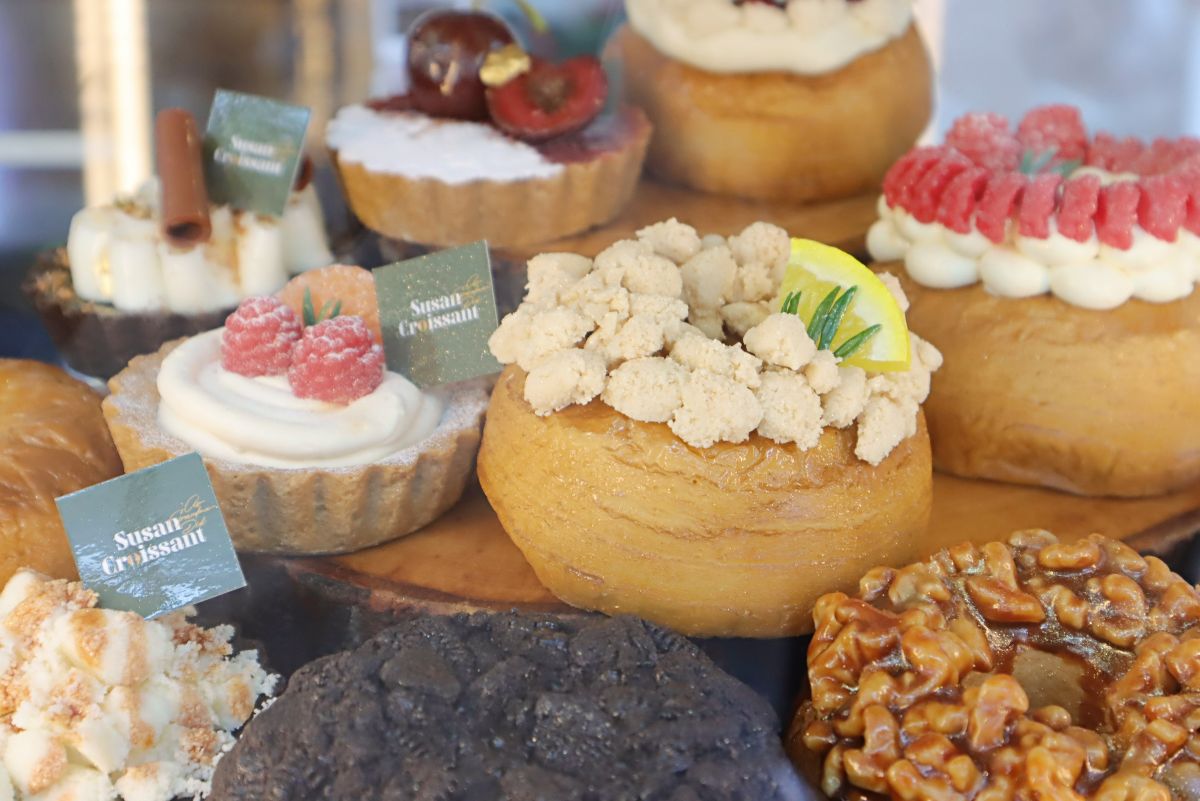 You may also want to try luxe and surprising dessert of a Frido which is a favourite amongst frequent customers, with choices such as Walnut Bomb Frido (239 THB), Creamy Almond Frido (170 THB), Raspberry and Custard Cream Frido (219 THB).

The cross-section of the donut looks like that of a croissant, and it is also filled with sweet custard cream. Okay, slightly pricey comparatively. 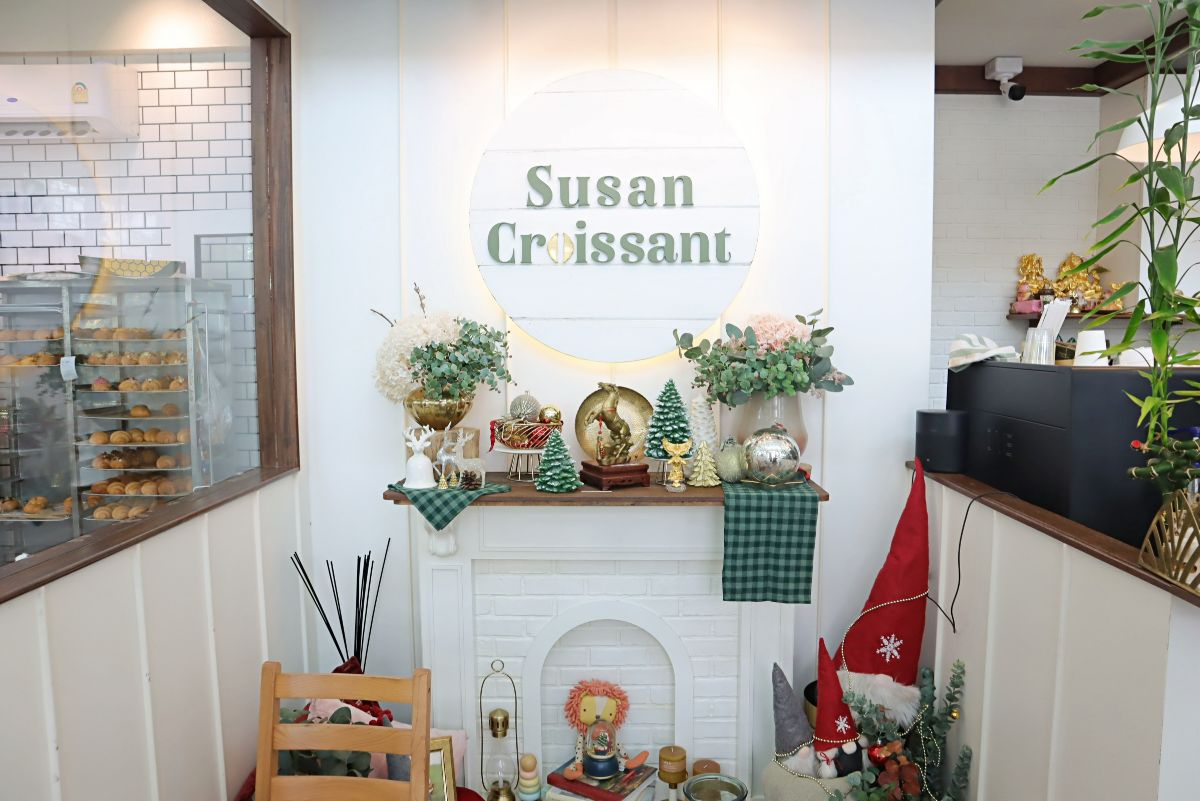 A visit to Susan Croissant will leave you spoilt for choice, and may have you coming back for more to finish trying all of what they have to offer. 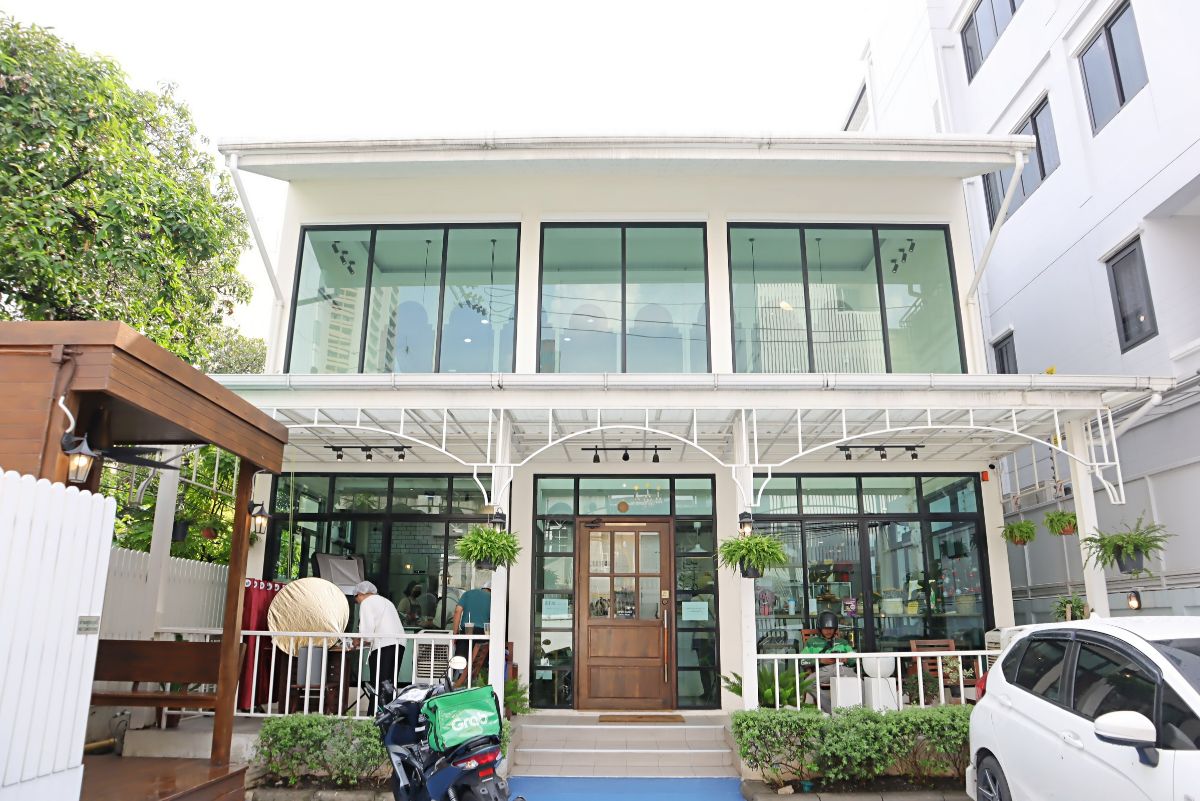