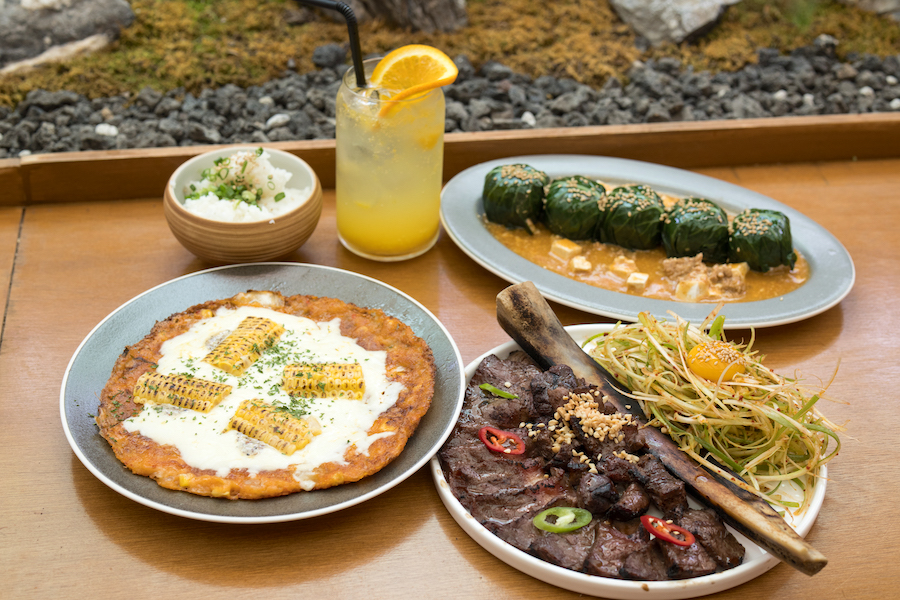 [SEOUL] Ikseon-dong Hanok Village 익선동 한옥마을 has to be one of my favourite places to cafe hop in Seoul, with its centralised location and close proximity to Jongno 3-ga subway station.

With more than 100 small hanoks (traditional Korean house) in Ikseon-dong 익선동, the area is revived with bustling crowd due to the addition of many new cafes and artsy shops that attracts the younger generation and tourists alike. 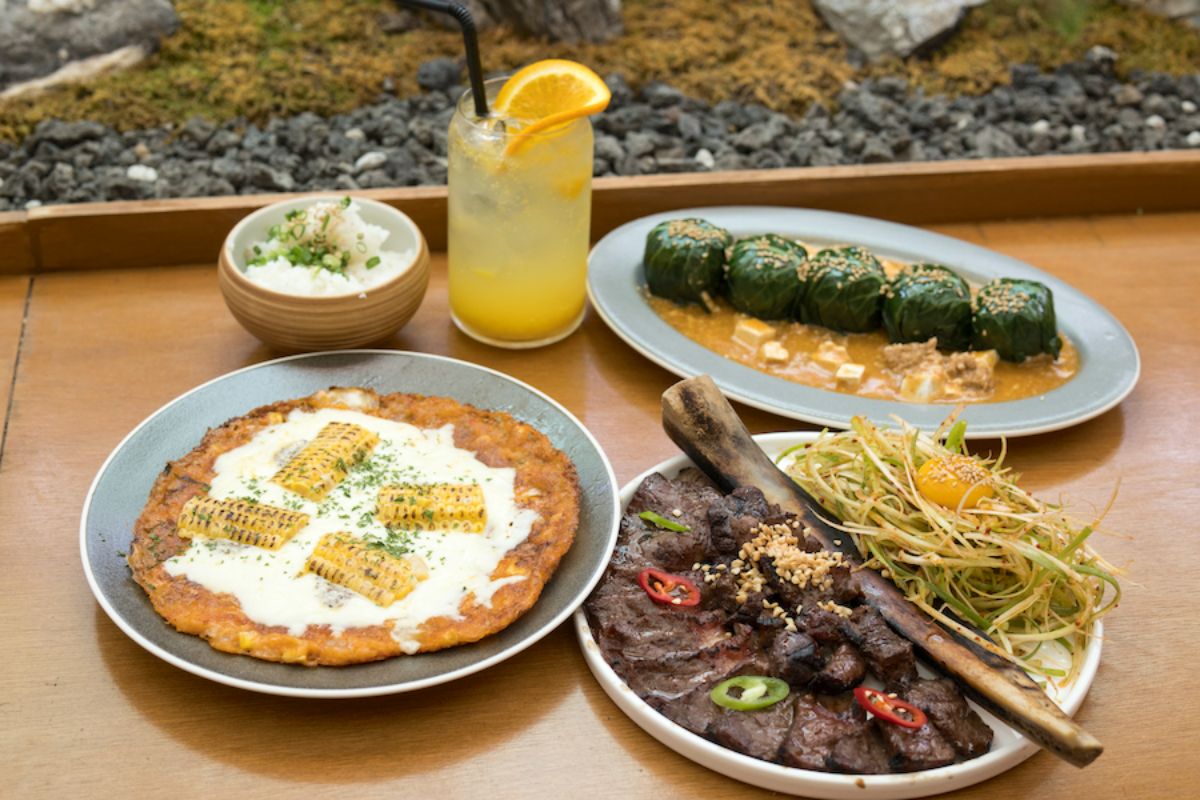 So I decided to make my way there once more on a weekday, 30 minutes before they are opened, and it turned out that there is already a queue formed. 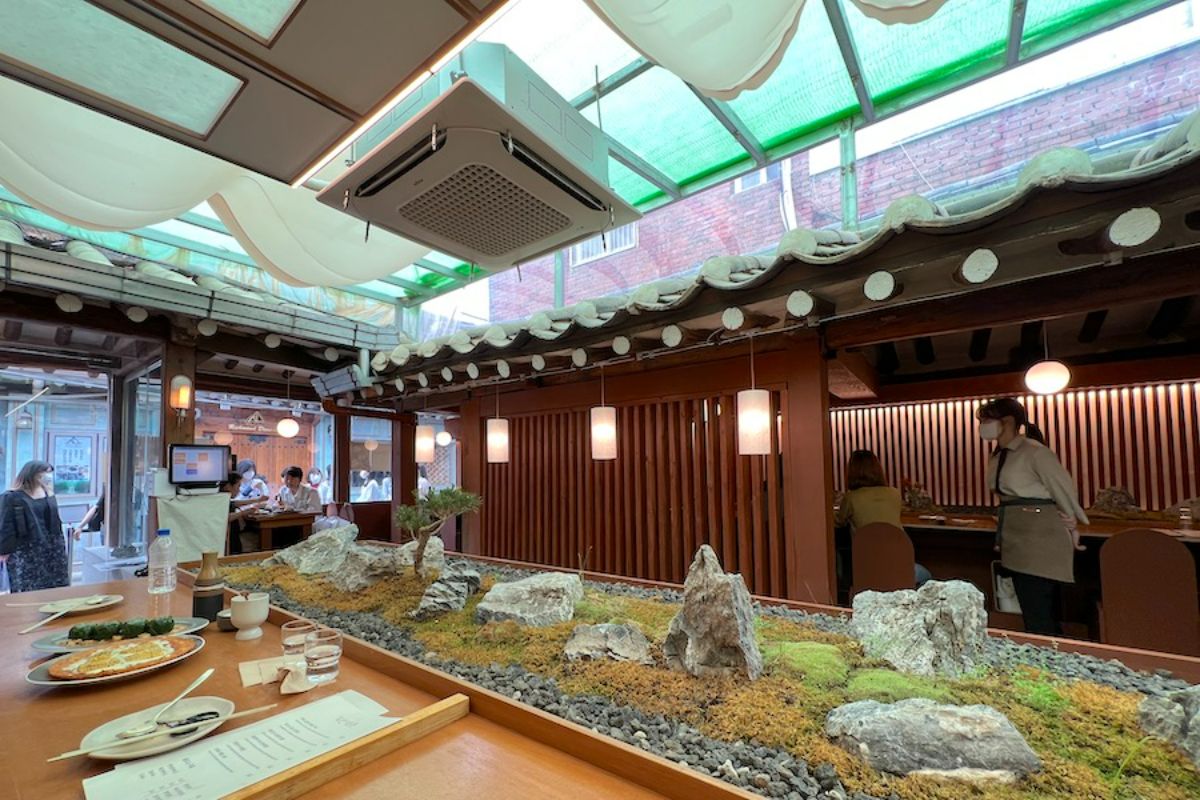 Inside, the overall scaffold of the hanok remains and extend inwards indoors, creating a roof-like shelter with a homely touch. 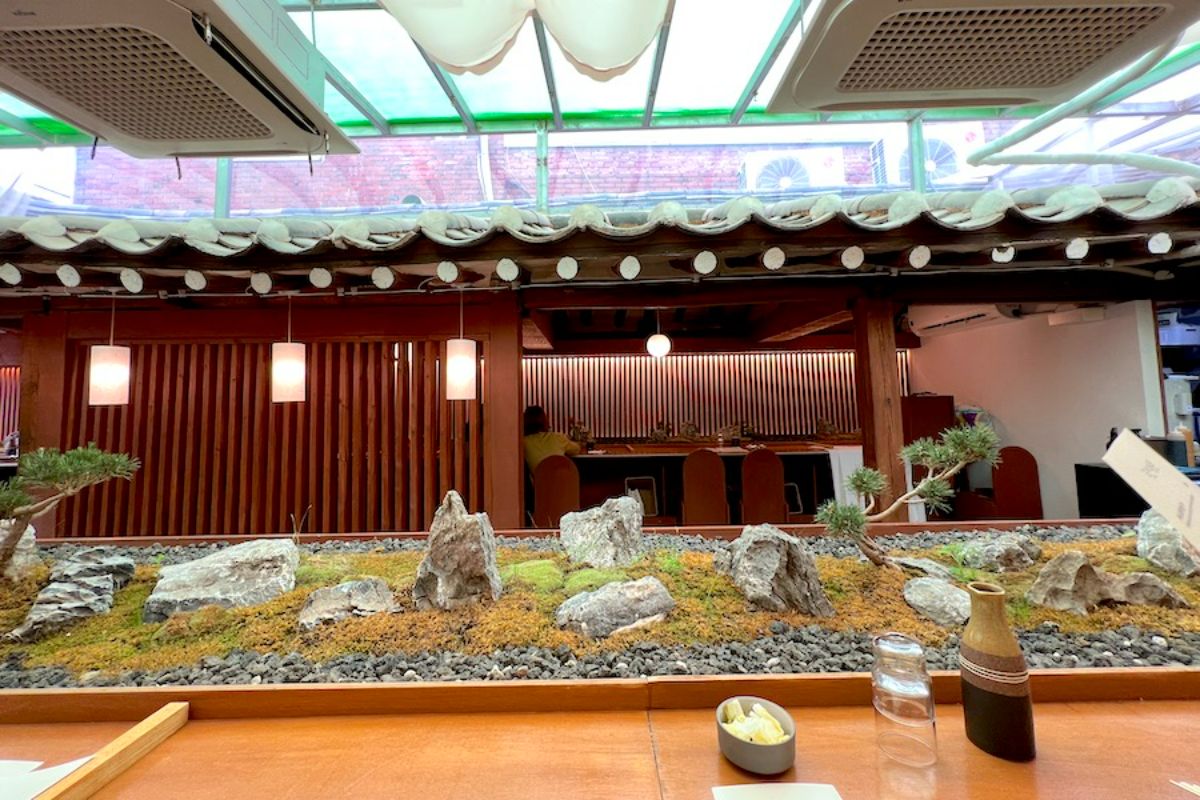 In the centre area, rocks and stones are nicely paved in front of the bar counter to create a garden or an open space terrarium, with a sky roof on top allowing natural sunlight to shine through. 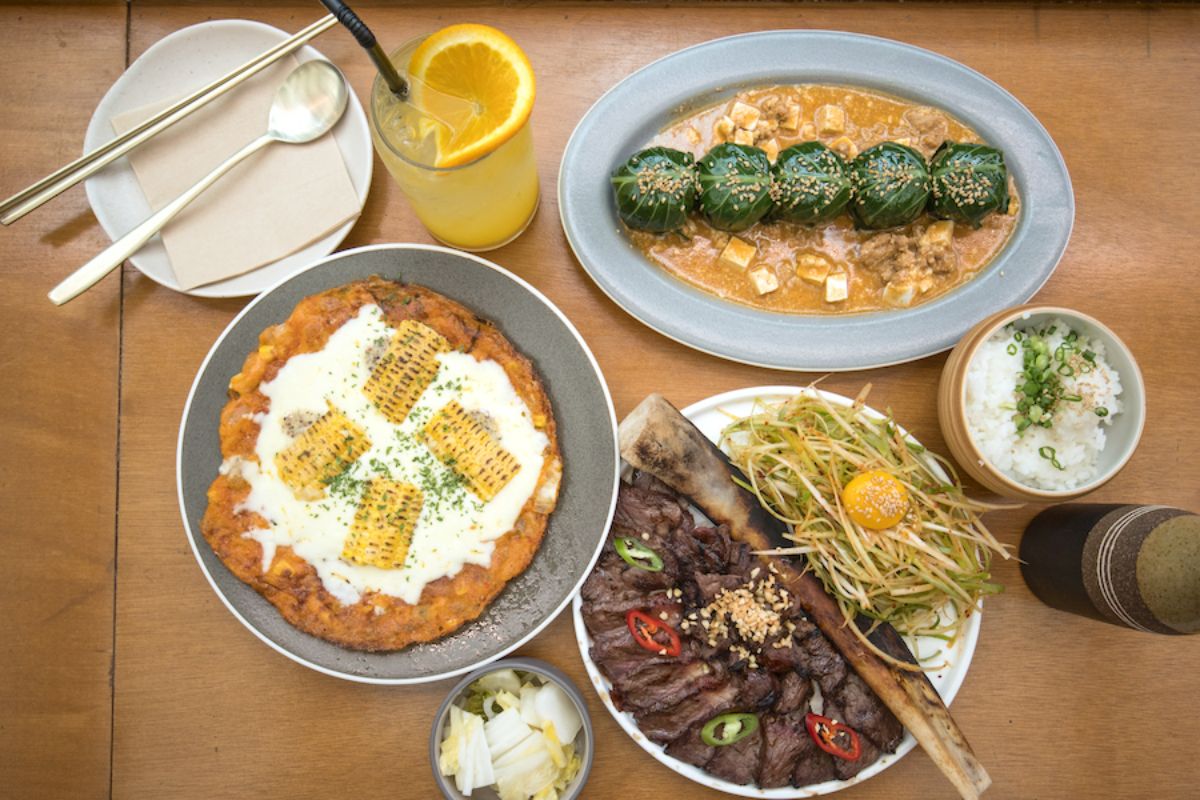 Serving Hansik (Korean food) on their menu, the menu is short and concise, with only 6 food items.

There was even a slip of paper that stated the instruction on how to enjoy the dishes fully, though it was written entirely in Korean (keep your translation apps ready). 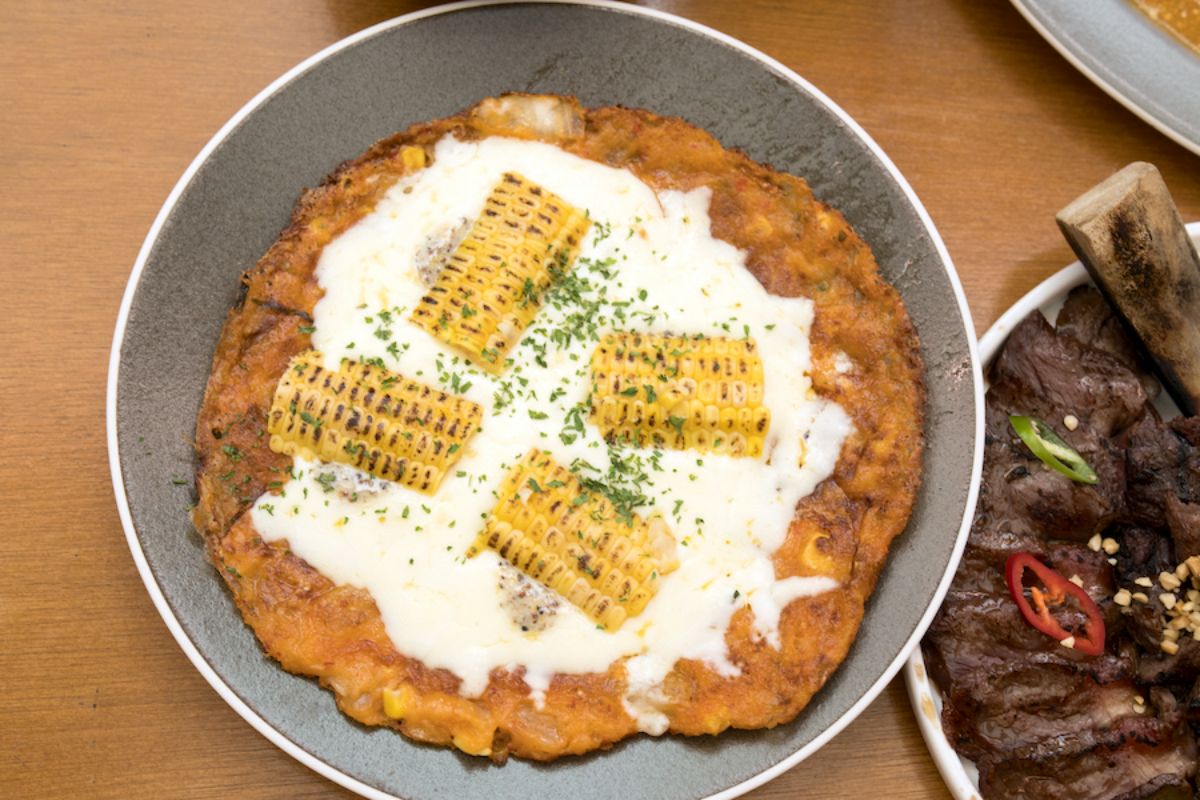 The kimchi pancake was of the right thickness, without being overly starchy, yet you can taste the spicy and tangy kimchi in every bite. 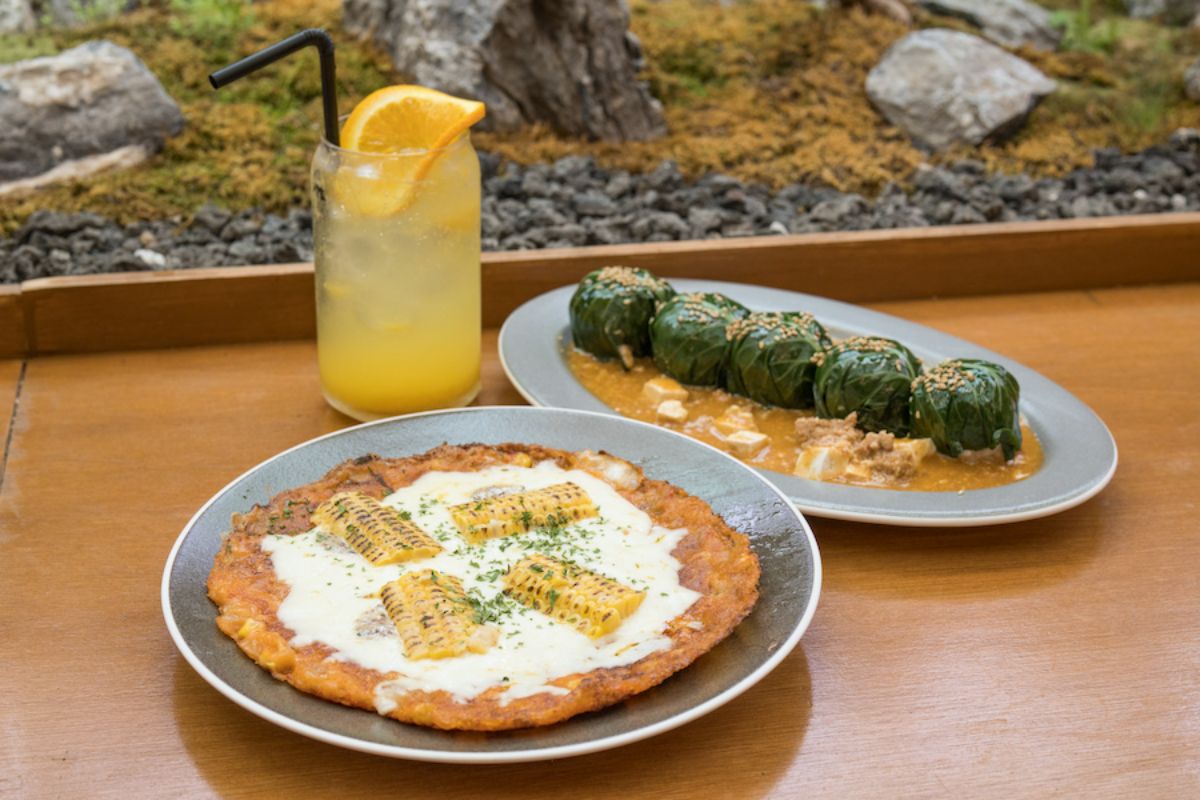 The kimchi pancake was full of textures: crispy on the edges, moist on the inside and crunchy with the corns embedded. Daebak! 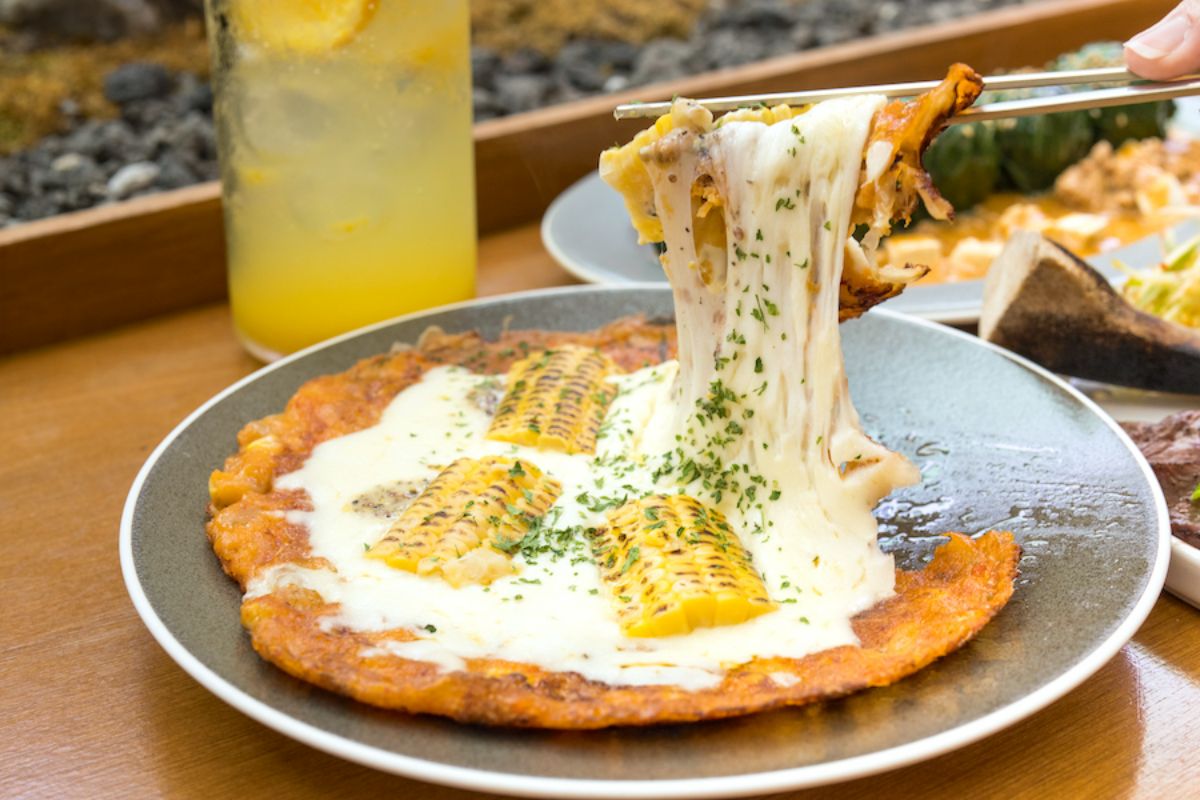 The twist was the melted local Korean mozzarella cheese on top, adding a nice creamy feel to the usual kimchi pancake we are familiar with.

Dollops of truffle mayo was also added to the cheese, enhancing the aroma of the dish.

Full of textures and flavours, each component worked to its best without overpowering one another. 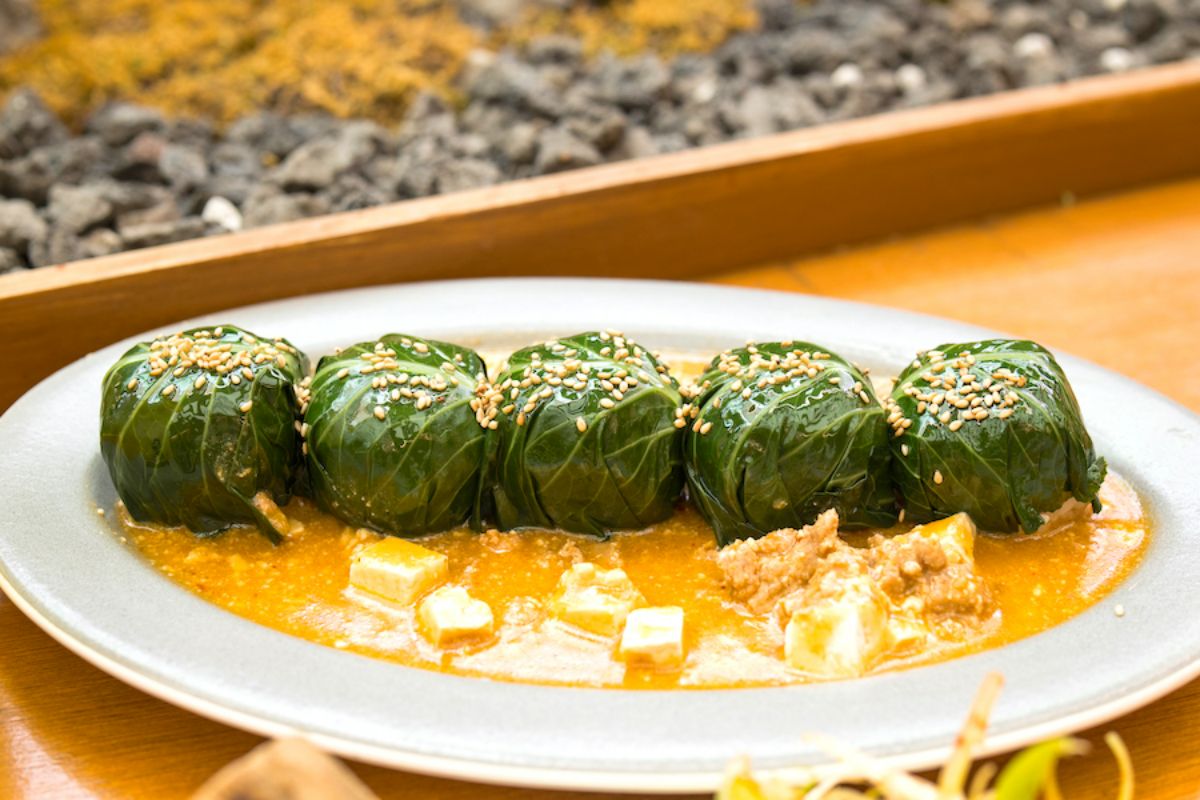 Another highlight was the Pork Soybean Paste Ssambap (KRW 13k, SGD 13.70) that I ordered because of the cute little round shapes. 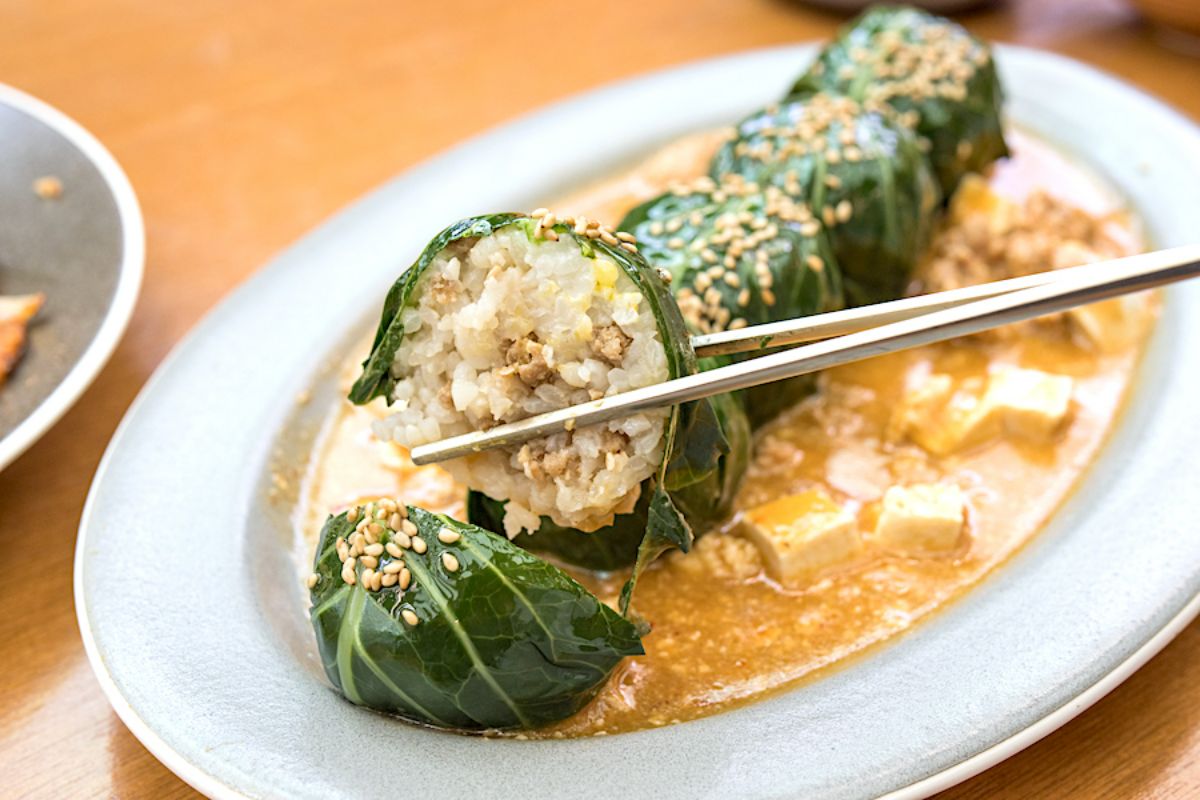 The sesame sauce and sesame seeds added were a delight, giving it a nice savoury aroma.

The soybean paste had a similar taste to fermented beancurd, a milder version that balances well overall. 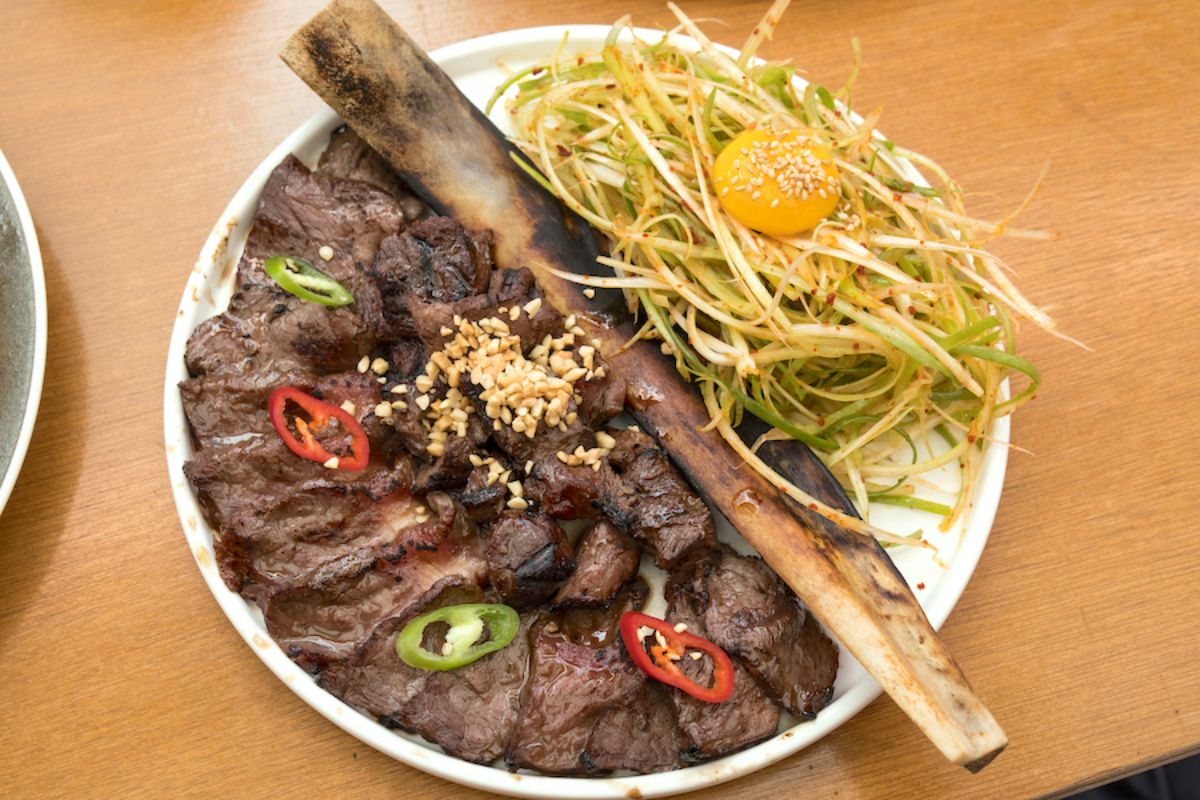 The most expensive item on the menu was the Woodae Seasoned Grilled Beef Rib (KRW 28k, SGD 29.50), topped with crushed peanuts on top, with Korean green onion salad and a full yolk on the side. 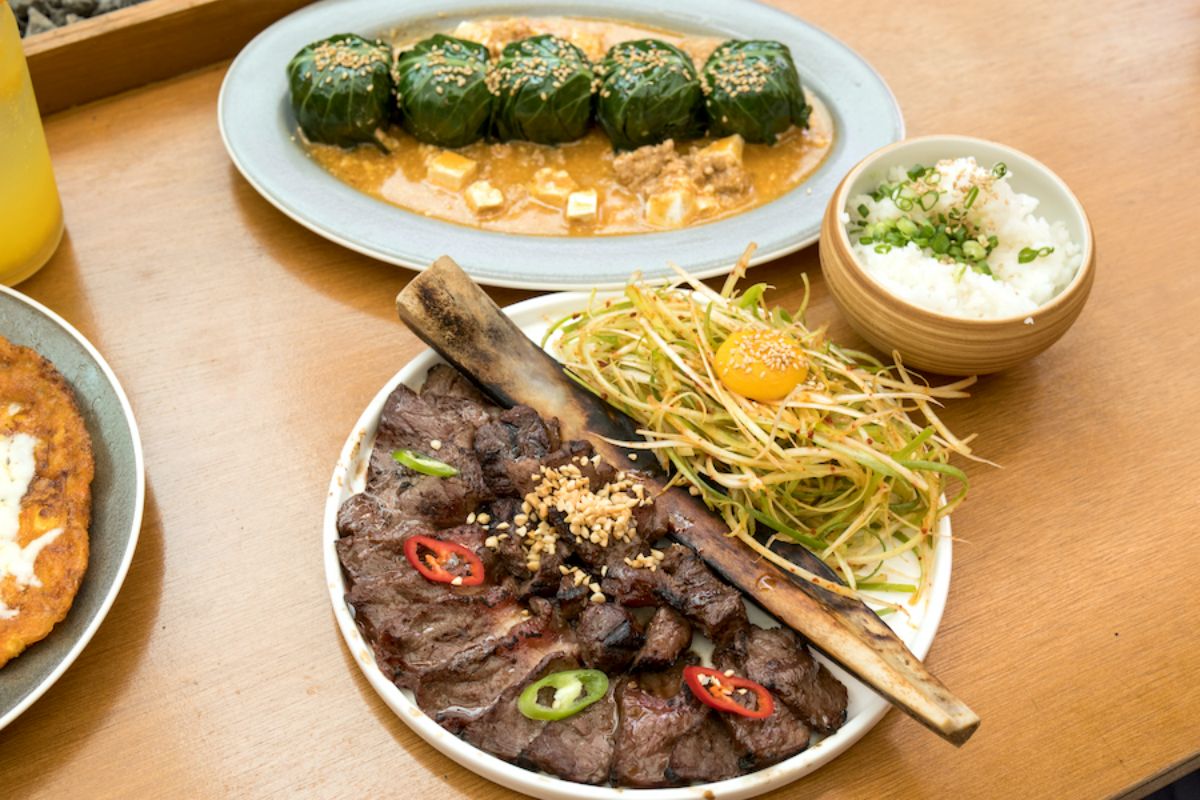 The beef rib was decent, grilled as seen from the bone covered in soot, thinly sliced and served on the plate. 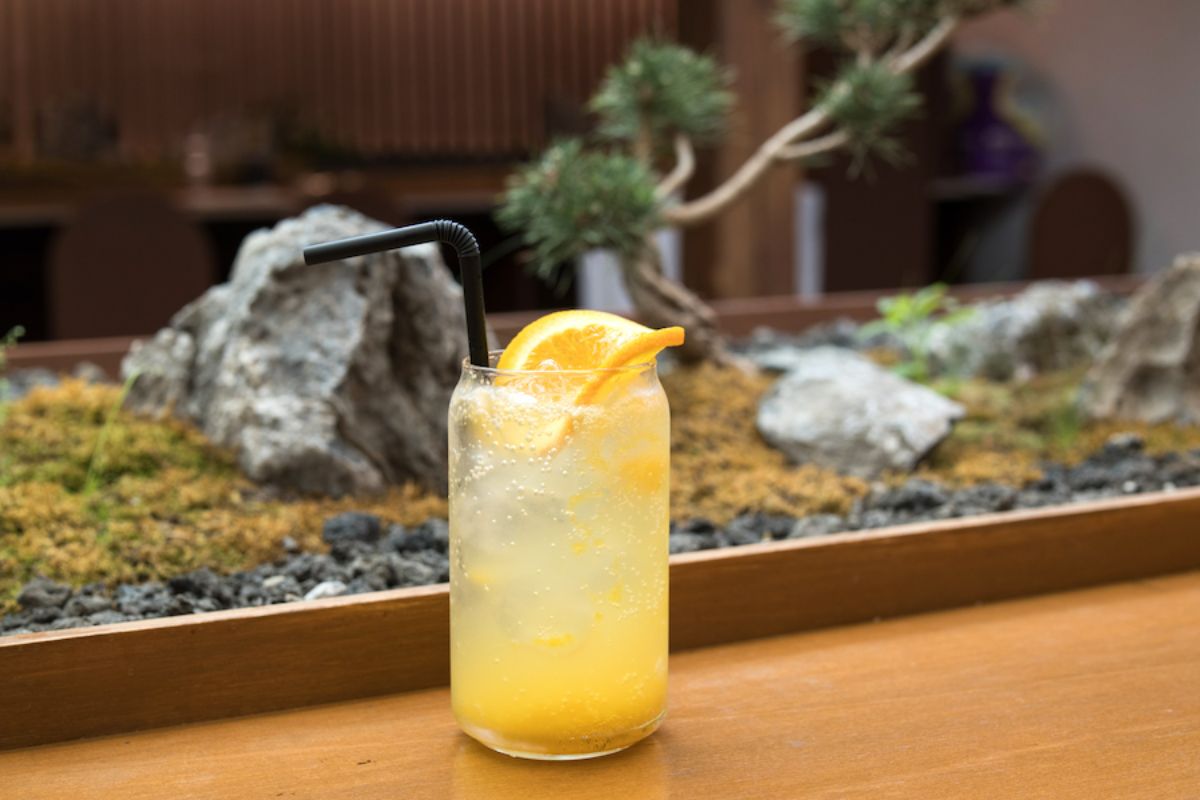 With an interesting twist and new elements nicely infused within the dishes, I can understand why people will queue to enjoy a mashiseoyo homely Korean meal at Ikseon Atteut 익선애뜻. 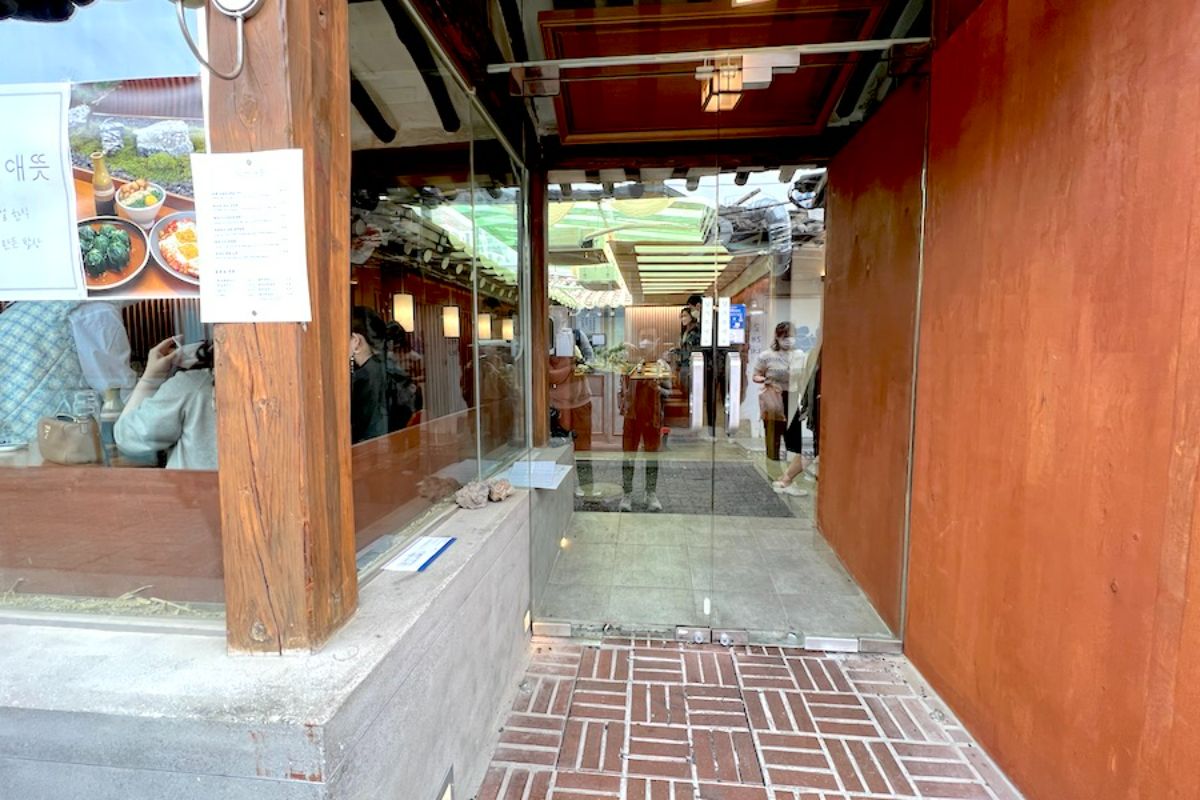