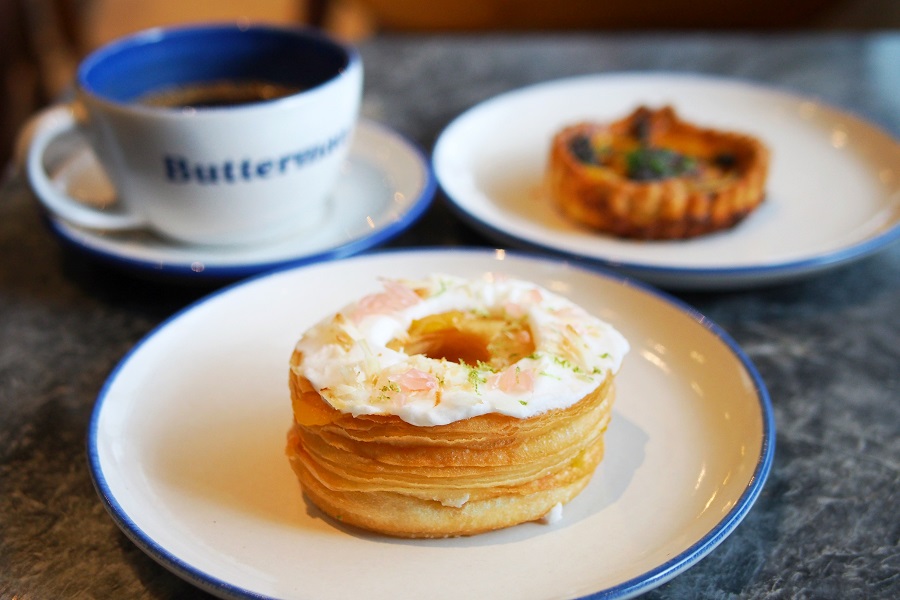 [Bali, Indonesia] Should you have the chance to visit Bali, Butterman would probably be the go-to store for authentic French pastries fix.

Founded by French Chef Stephane Simond, who also helms restaurant Folie in Bali, Butterman is his latest brainchild which showcases artisan French viennoiserie at its finest.

It has then garnered a following for its authentic French bakes, and became a hotspot for those residing in the region. 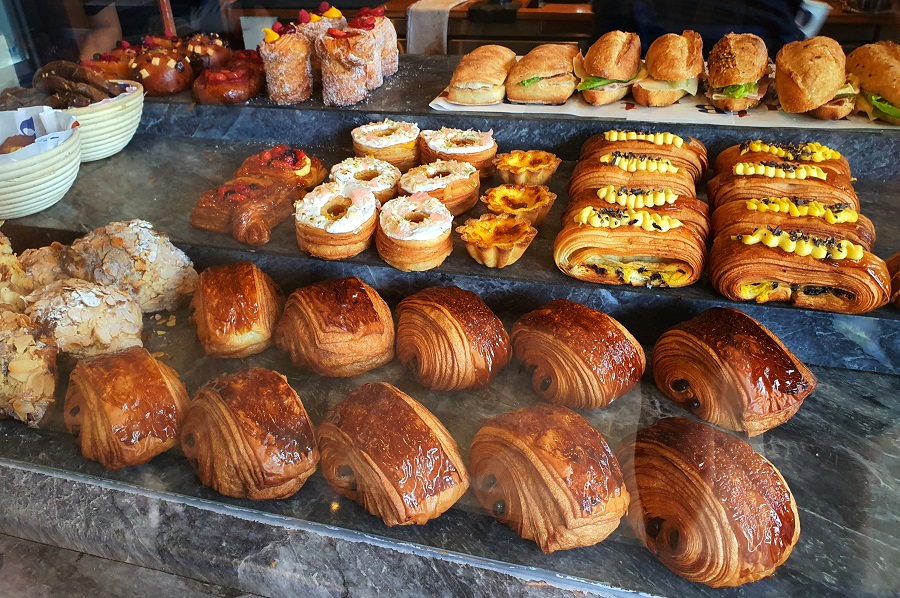 In French terminology, viennoiserie (pronounced as vee-en-waa-serie) refers to baked pastries, with dough usually made from white flour and yeast cultures to produce puff pastries that has light and fluffy texture.

Some of the more common examples are such as croissant, pain au chocolat and brioche. 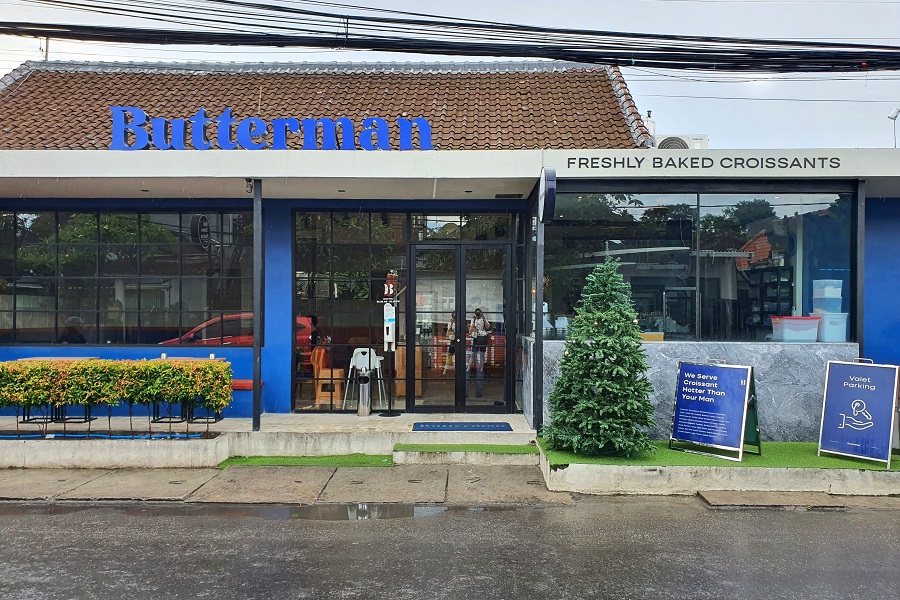 In the busy neighbourhood of Canggu, you can easily spot the bakery that is furnished in cerulean blue exterior.

The interior is further paired with white ceiling, grey walls and warm wooden fixtures for the clean contrast. 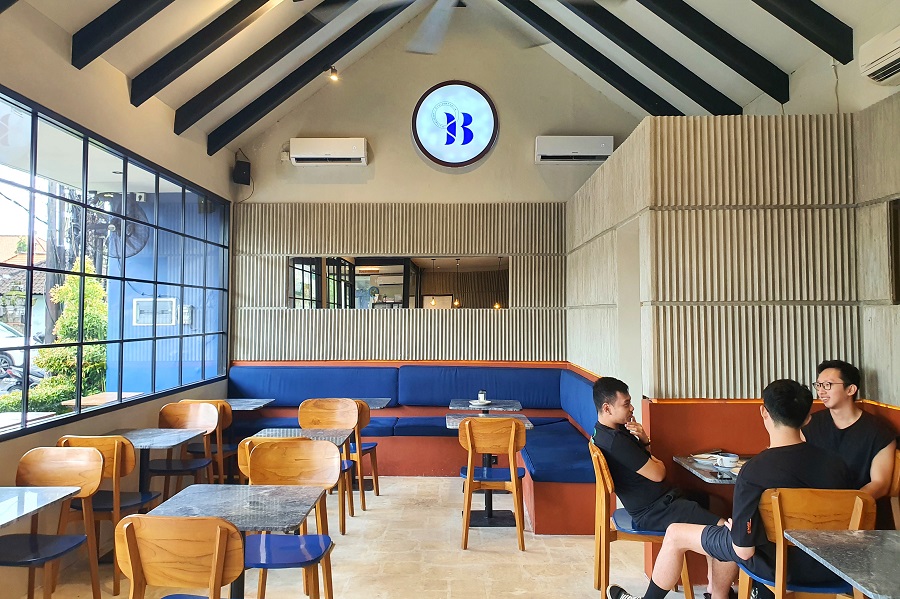 There were a variety of viennoiseries on display – Croissant, Croffin, Cronut, Danish, Allumette and more.

So many options and I was truly spoilt for choice. 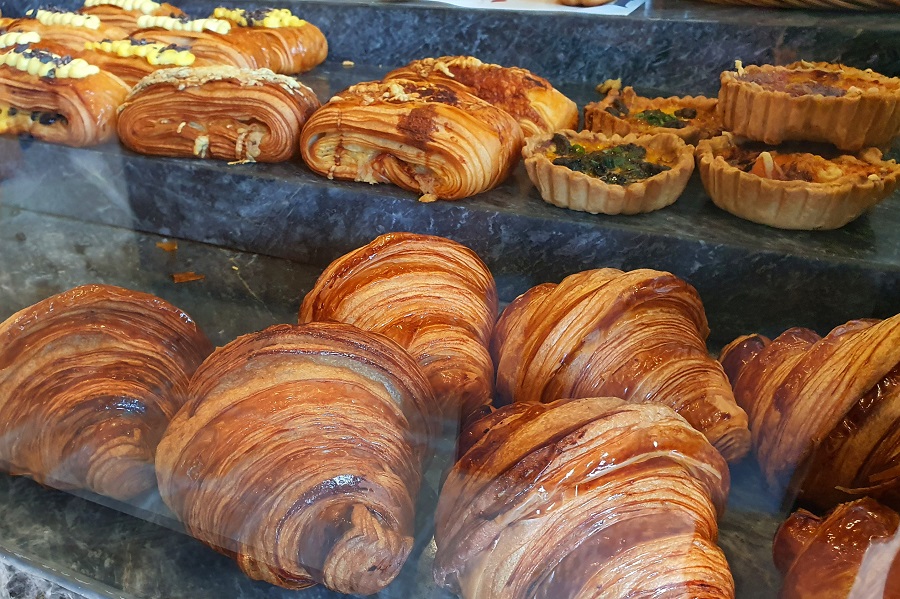 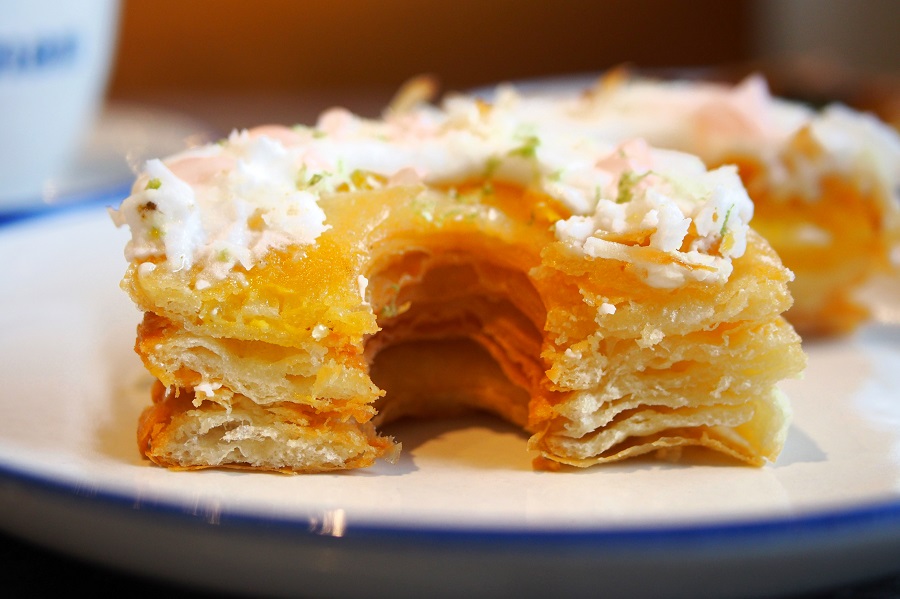 For the adventurous me, I opted for the “trendier” Mango, Pomelo & Coconut Cronut (IDR 40K, SGD$3.50), which came with mango cream filling, and topped with icing sugar, pomelo fruit bits and shaved coconut meat.

At a bite, I could distinctly feel the light crispy layered pastry skin, coupled with sweet burst of tangy mango fillings.

My only qualm was the icing sugar, which kind of surpassed my sweetness tolerance level… 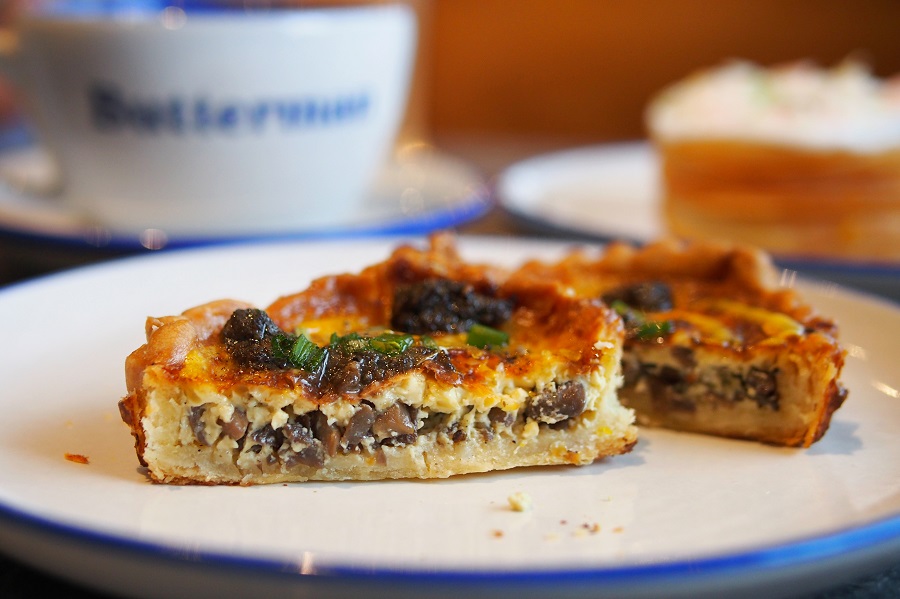 The Black Truffle Quiche (IDR56K, SGD$4.90) turned out to be the crowd pleaser.

Its buttery crust was well complimented with seasoned mushroom duxelles, baked till golden brown with parmesan cheese and topped with truffle paste for the distinctive earthy aroma. 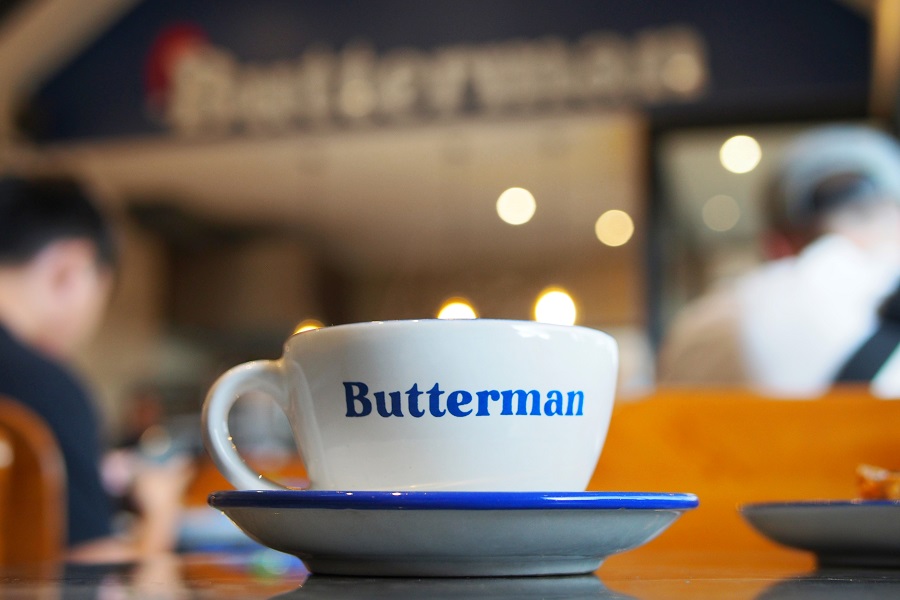 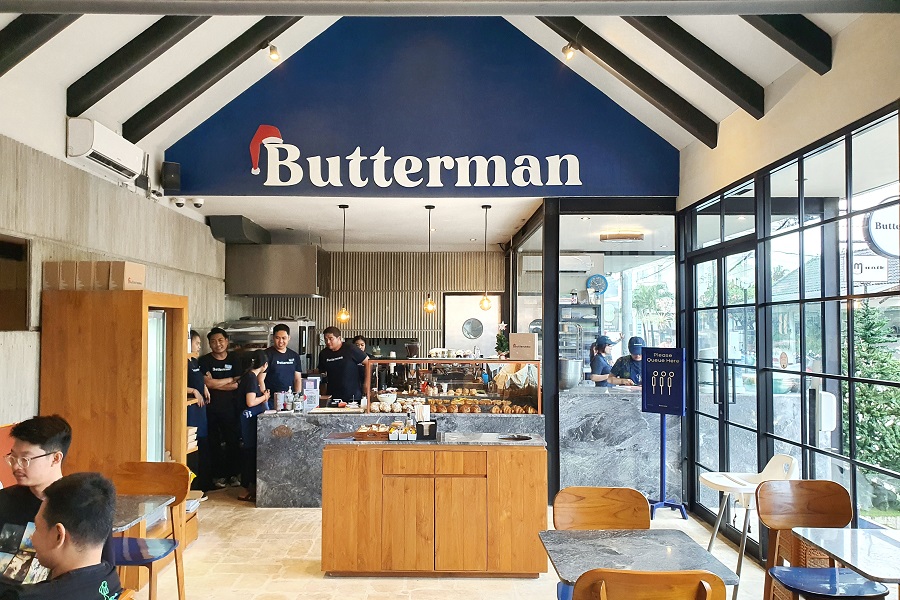 Thanks to their popularity, Butterman has also opened a new Jakarta outpost in December 2022. 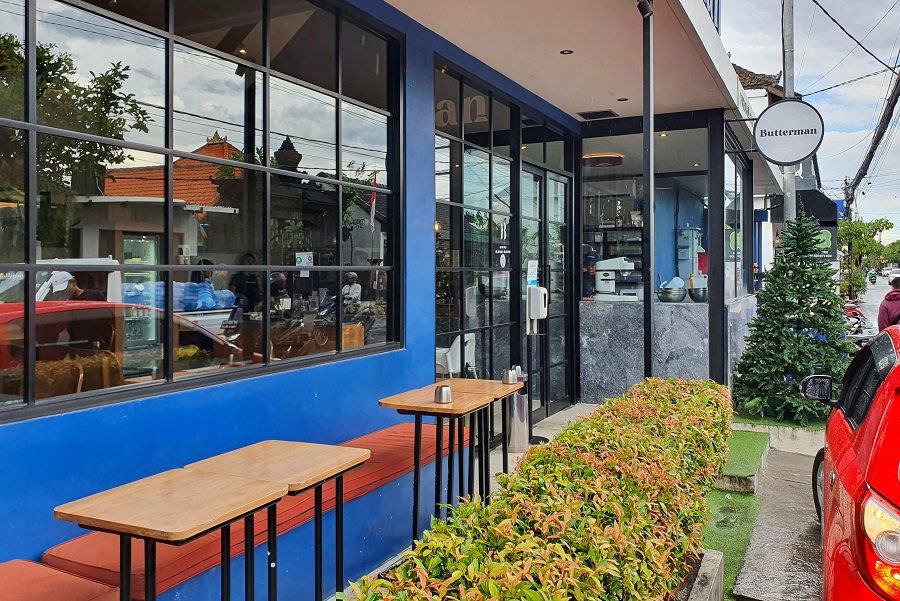