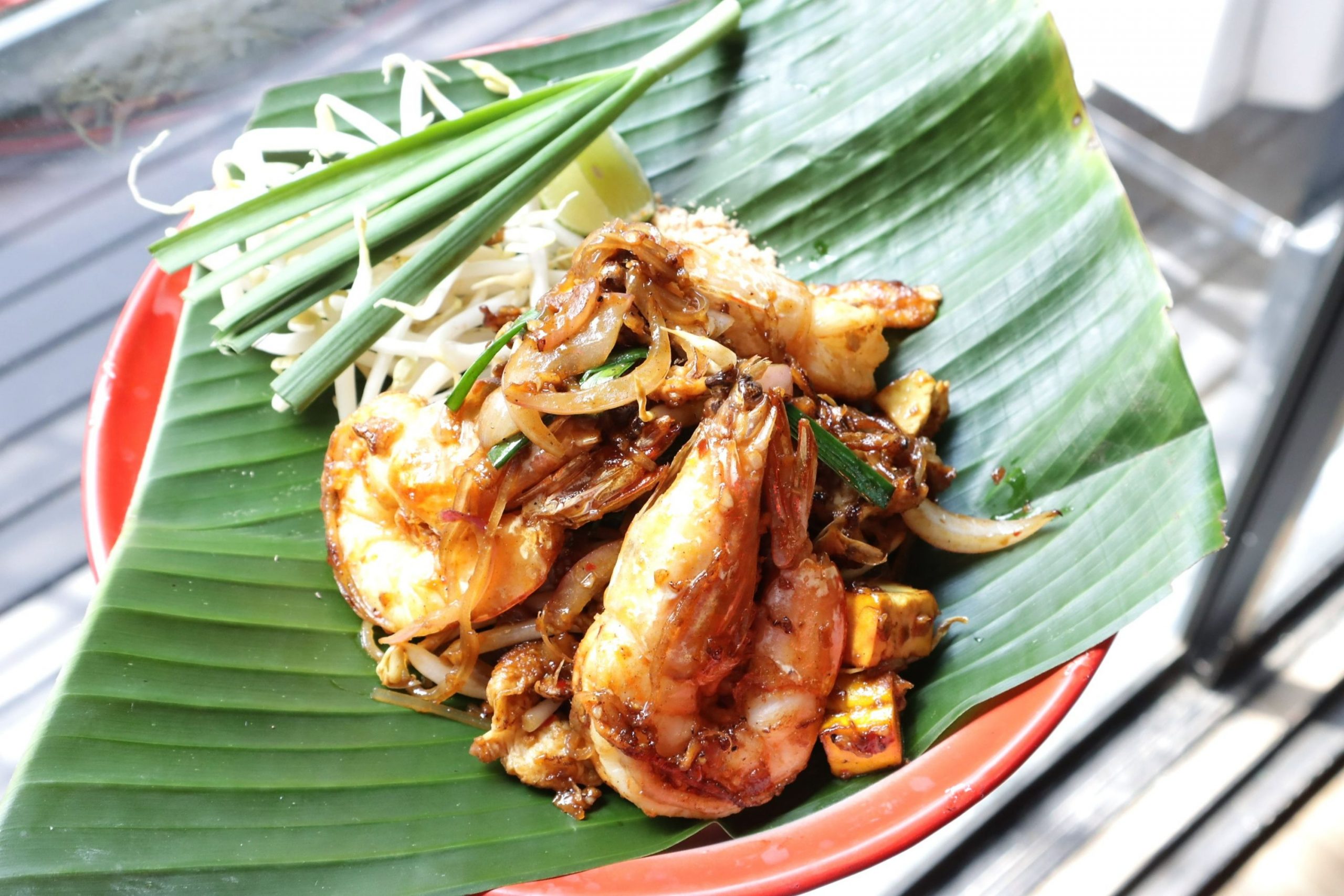 [Bangkok] Pad Thai Fai Ta Lu does one thing best, and no prizes for guessing which. Half of the storefront resembles a food cart, behind which blazing hot flames fire up woks of stir-fried rice noodles.

By night, neon signs light up the two-storey restaurant to signal the time for business.

To be honest, I was surprised at the prices of the Pad Thai here – the plate with the shrimp at 350 THB. 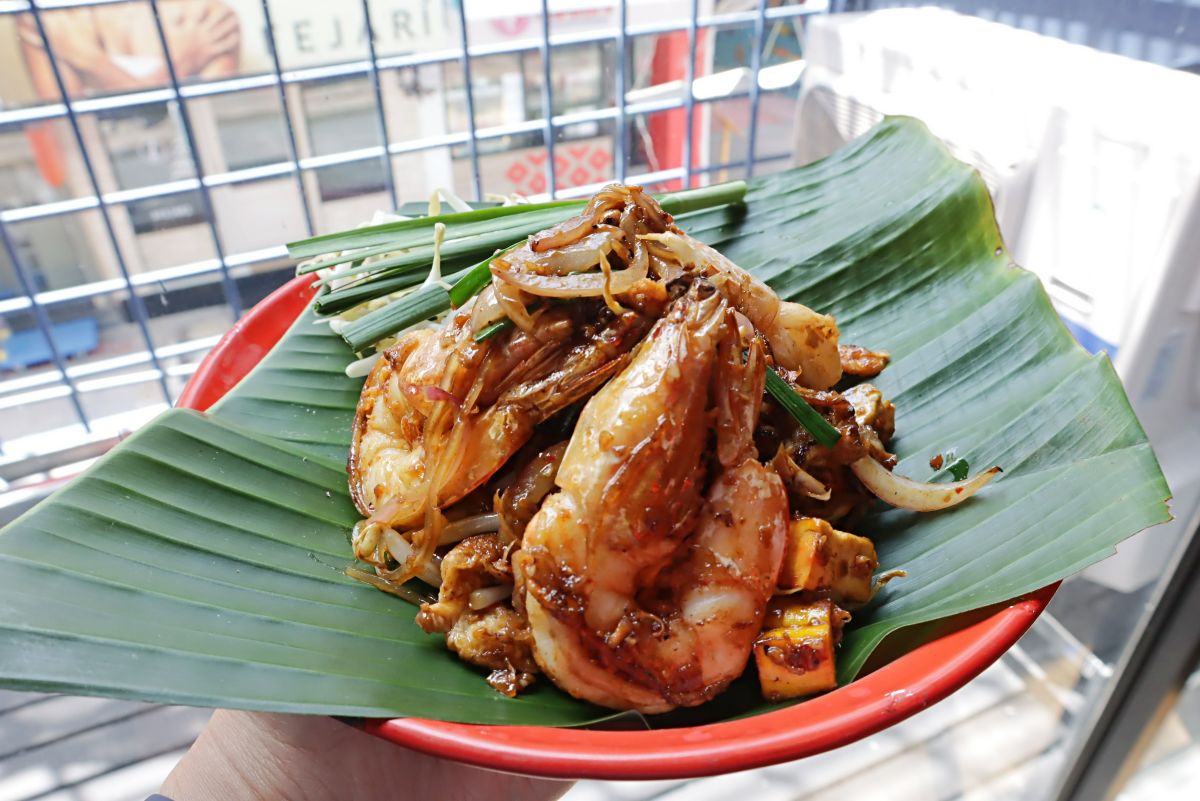 He has four versions of Pad Thai up his sleeves. Portion sizes may be on the smaller side. Take it as a sign to have a tasting of different plates. 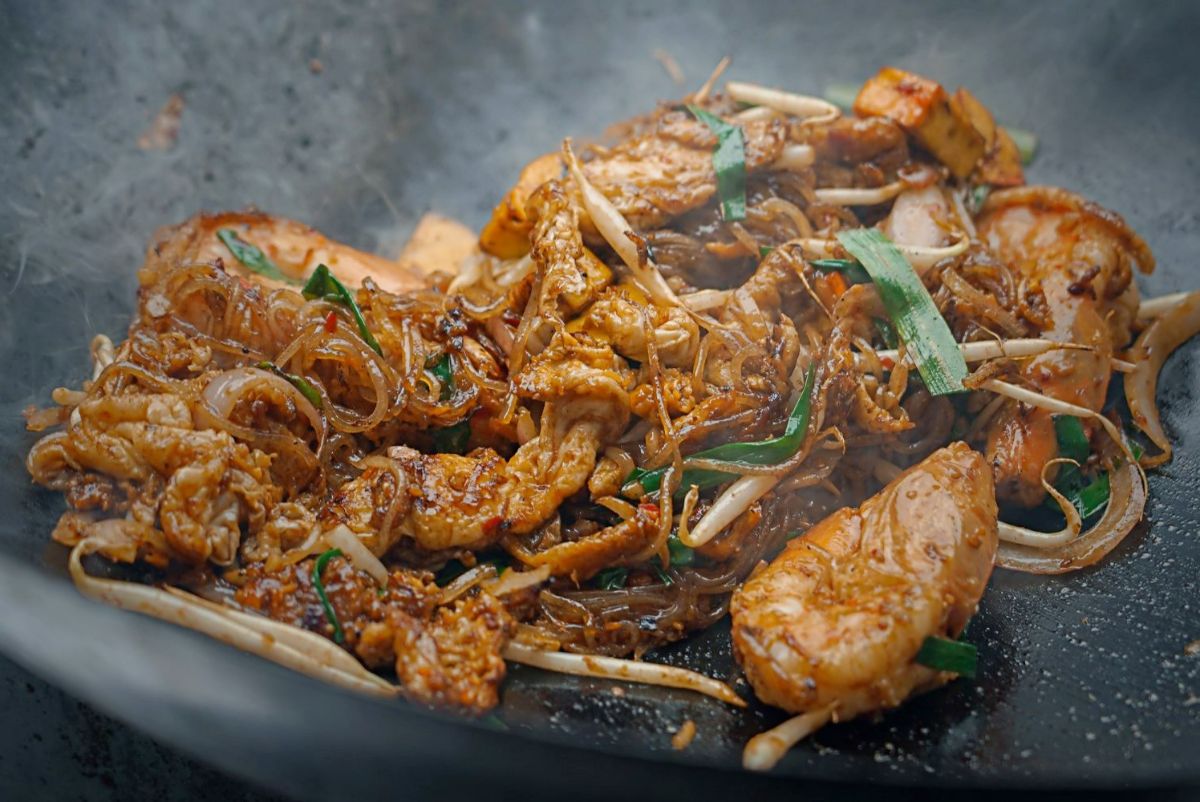 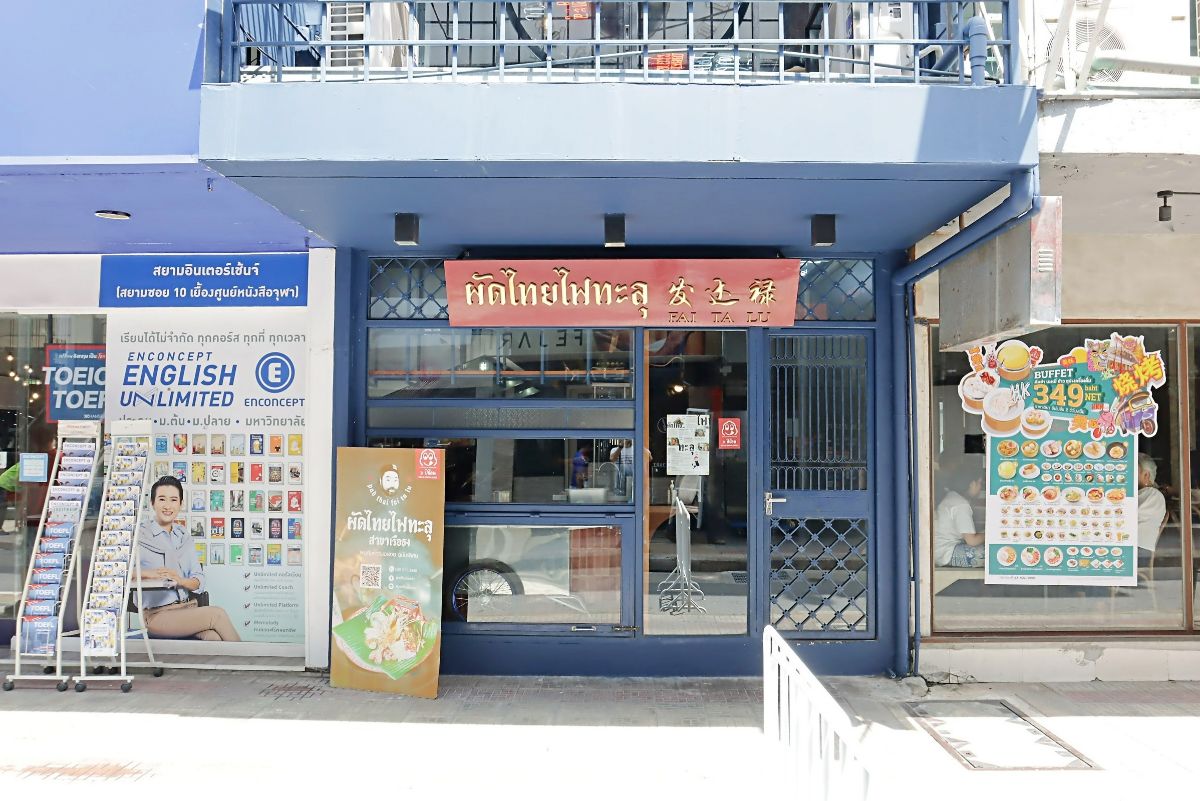 The main outlet of Pad Thai Fai Ta Lu can be found at Dinso Road, and that is awarded a Michelin Bib Gourmand. I went to the branch at Siam Square as that is more convenient. 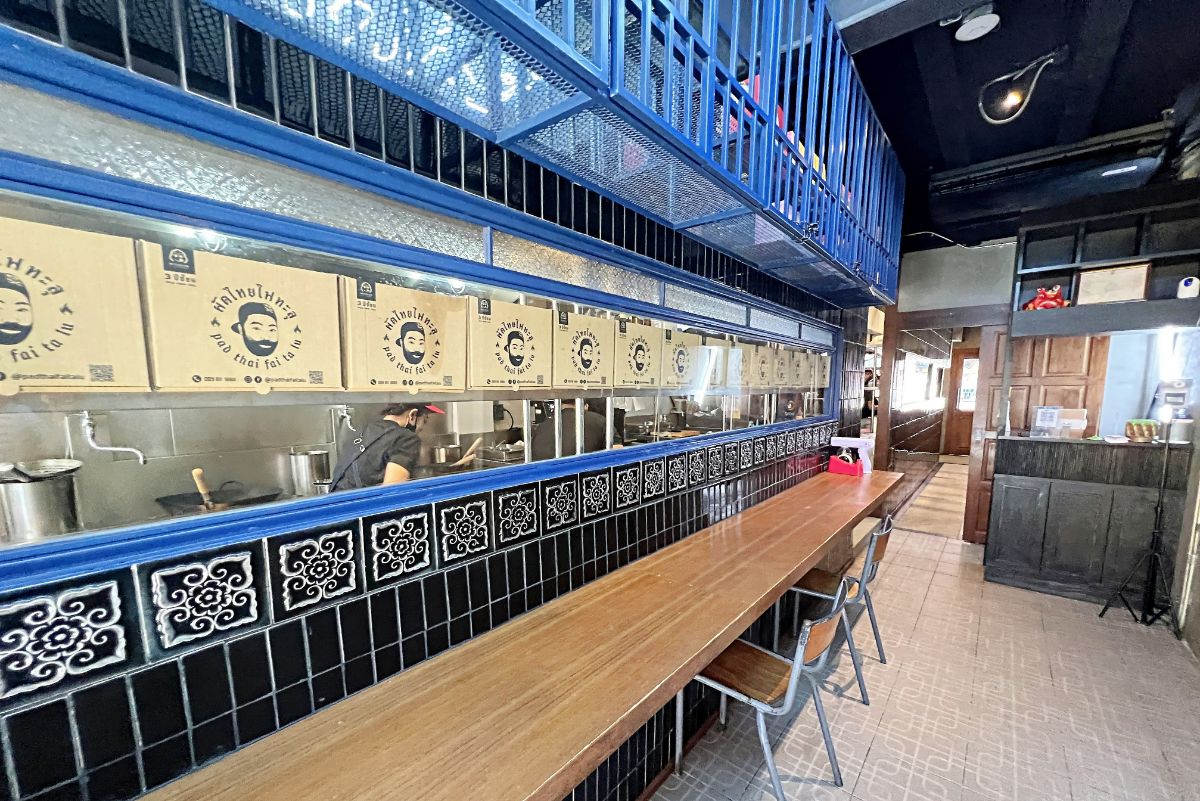 While you can watch the chefs cooking up a storm on the ground level with huge wok fires, we were quickly brought upstairs to have our meal. 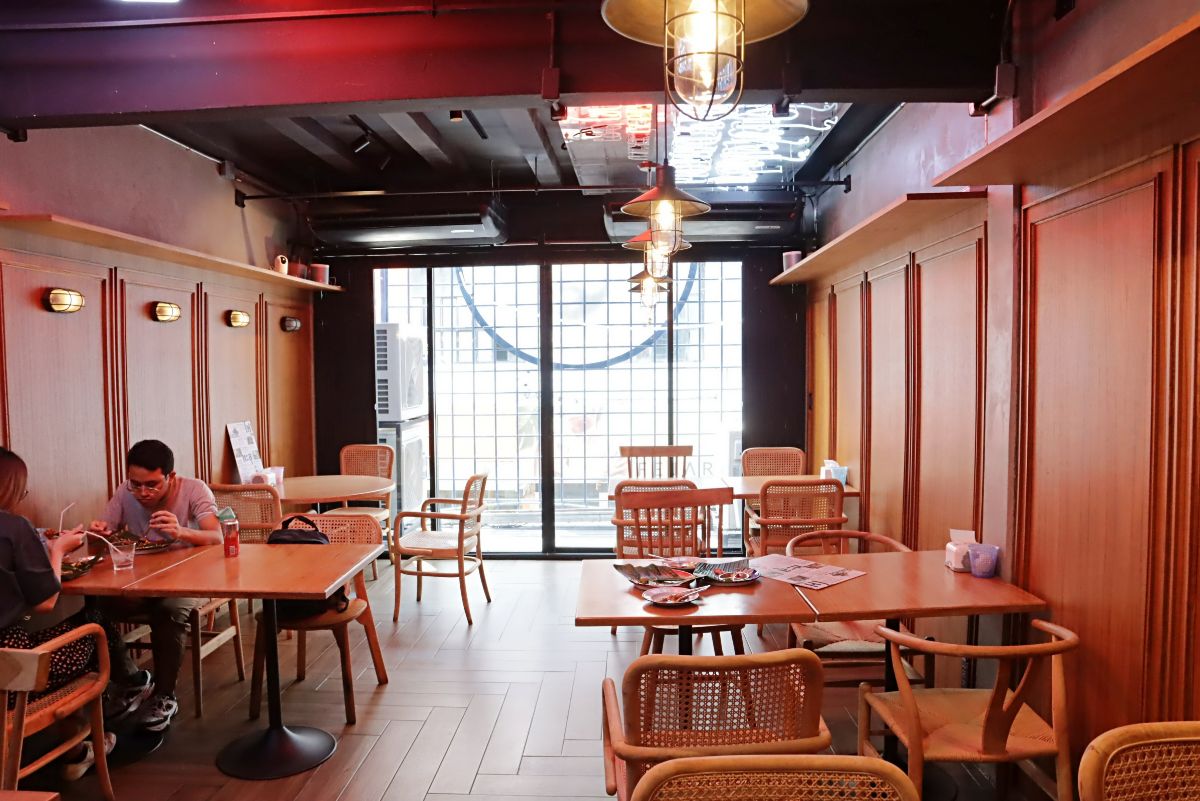 That is still SGD6.20, considered pricier than the usual, but many fans would say it is well worth its price. 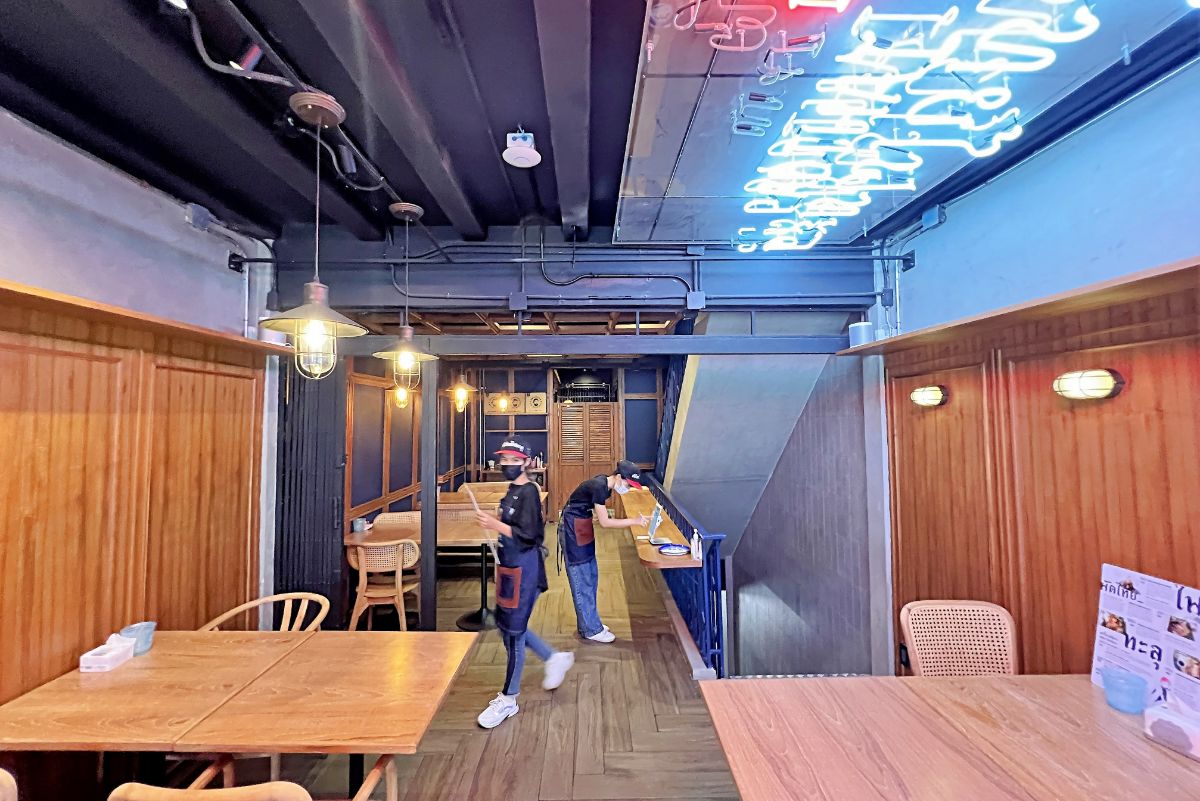 The noodles are known for distinctly cooked using a large flame that engulfs the entire wok, to allow all the flavours to be cooked and absorbed into the noodles.

The smokiness is the first note you notice, before the combination of tamarind paste, fish sauce, and palm sugar blends into a sweet and savoury flavour profile for you. 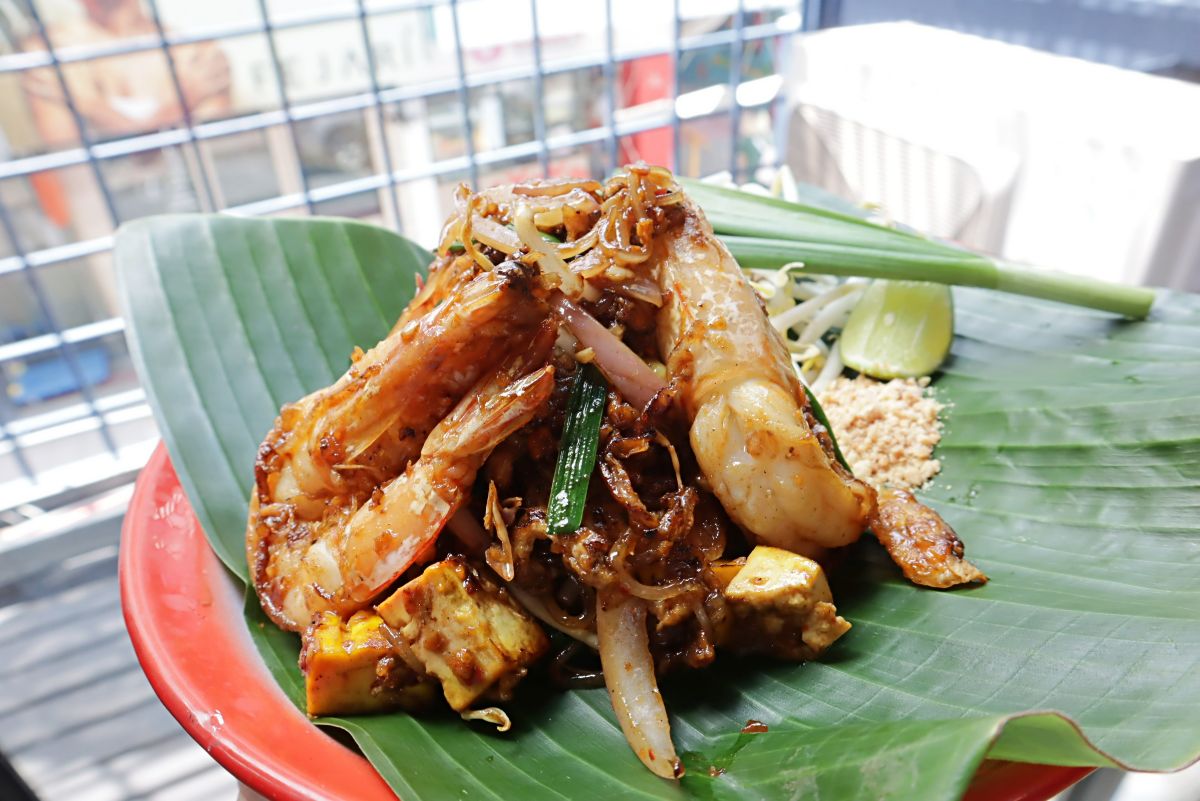 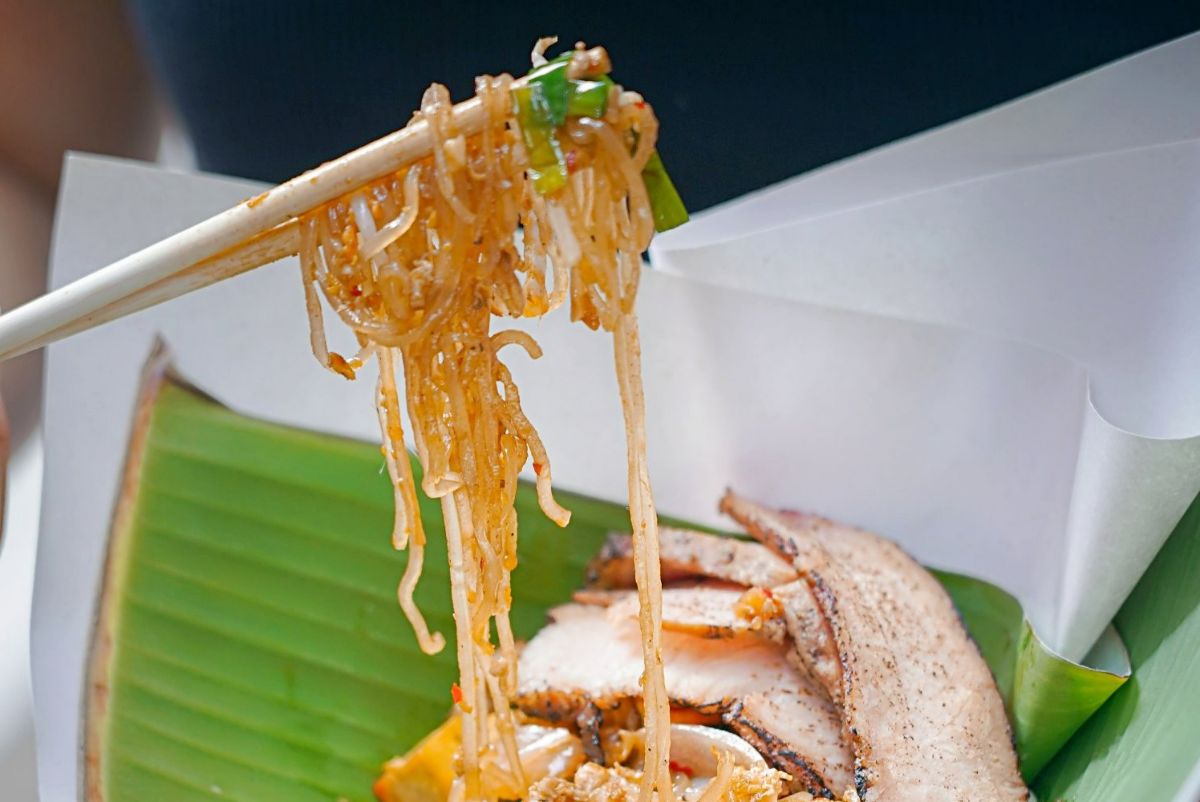 While I was expecting rice noodles that was thinner and flatter, this turned out closer to glass noodles (or tang hoon), with a stretchy and soft texture.

True enough, the flavours of the tamarind was well-absorbed by the noodles with a smoky flavour. 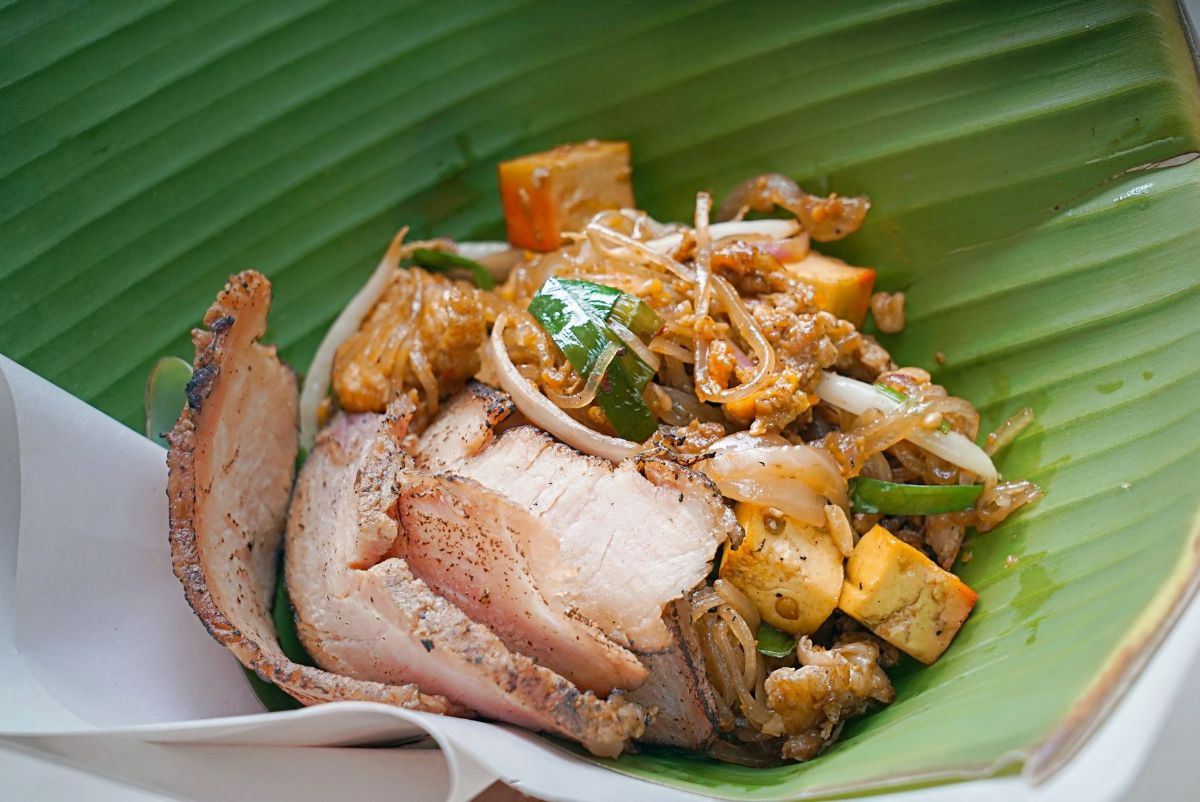 What most people would wish: a bigger portion. Three or four mouthfuls, and you would be done with the plate. (However, as I wanted to try more food, I was fine with the amount they provide.) 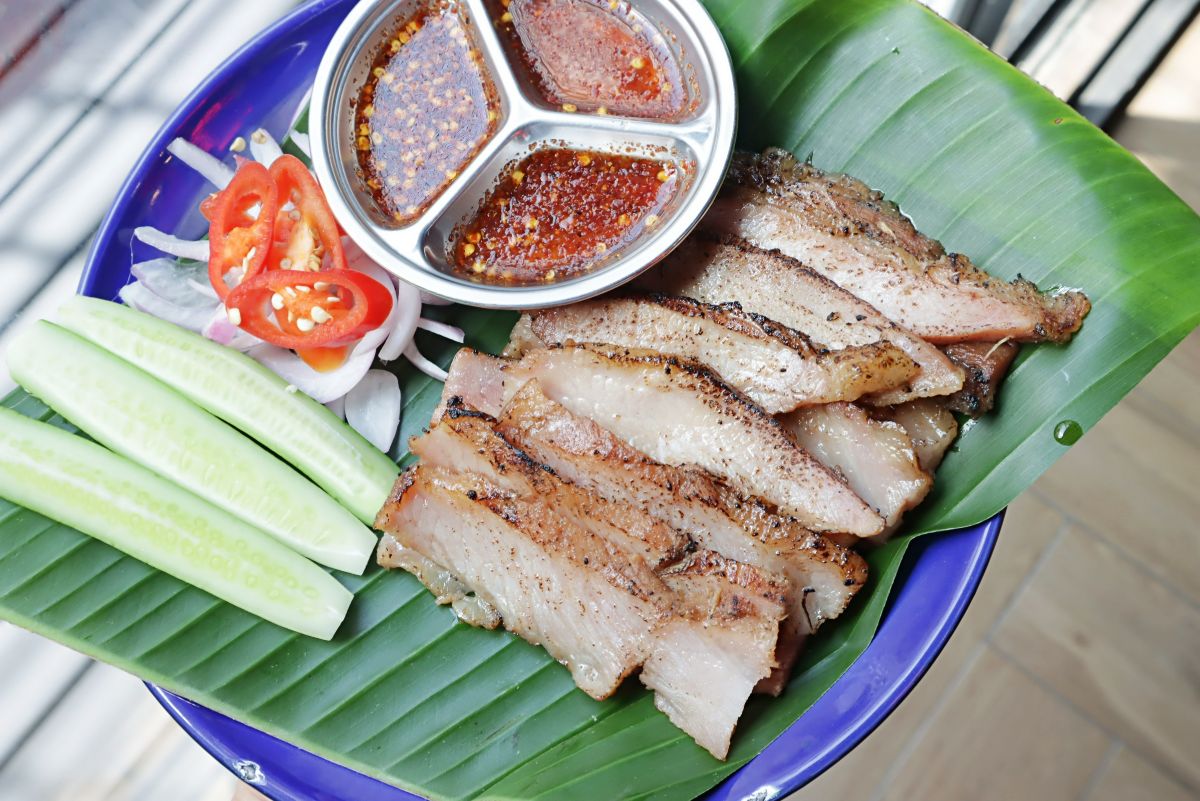 Depending on the outlet, you can have yours added with pork crackling, grilled chicken, grilled pork jowl, or crispy pork belly. 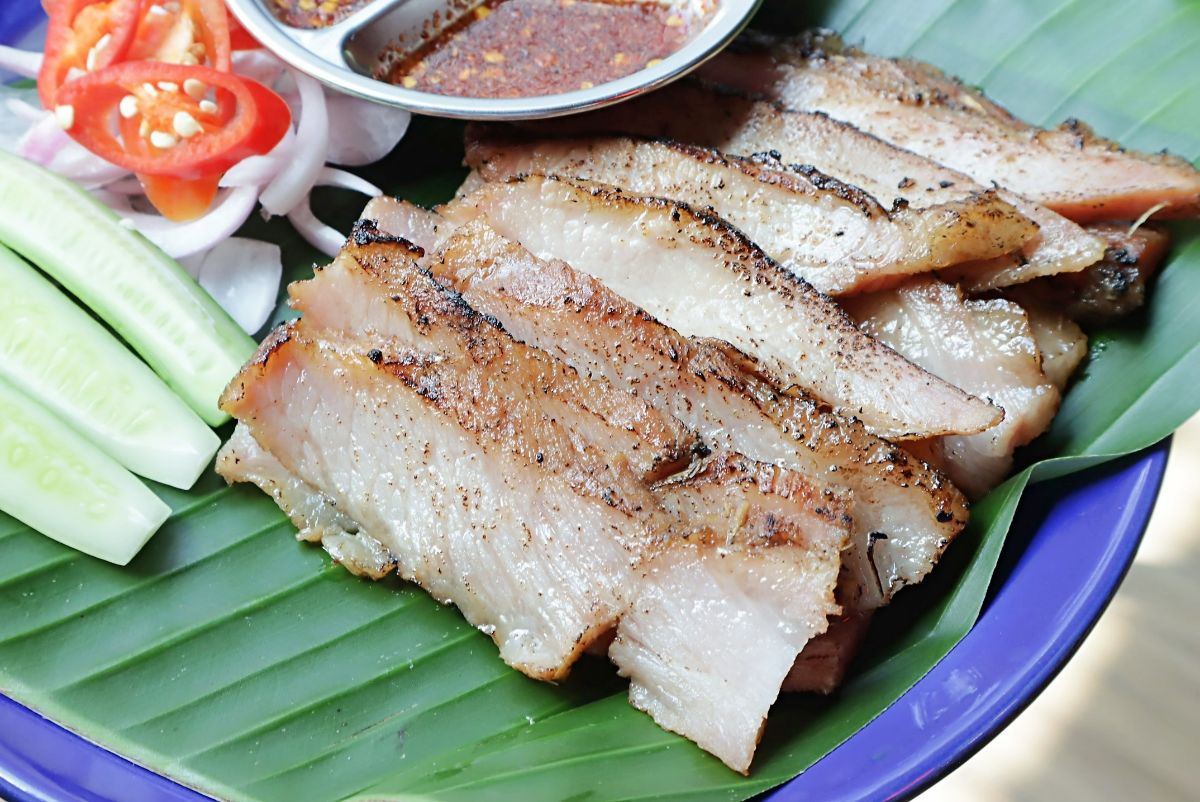 If not, you can order the Supreme Grilled Berkshire Pork (240 THB) as a side.

Not just any ordinary pork loin, but one which is fermented in cilantro enzyme and all-natural non-GMO soy sauce, smoked and grilled with binchotan.

Then the meat would be butchered on a Tamarind wood cutting board that has been ‘baptised’ with sesame oil, sun fried and dehydrated with kosher salt, served with ‘Jeaw sauce’ (spicy tamarind jus).

In fact, the pork loin might be one of the best toppings for the Pad Thai, although it might not be the most familiar. 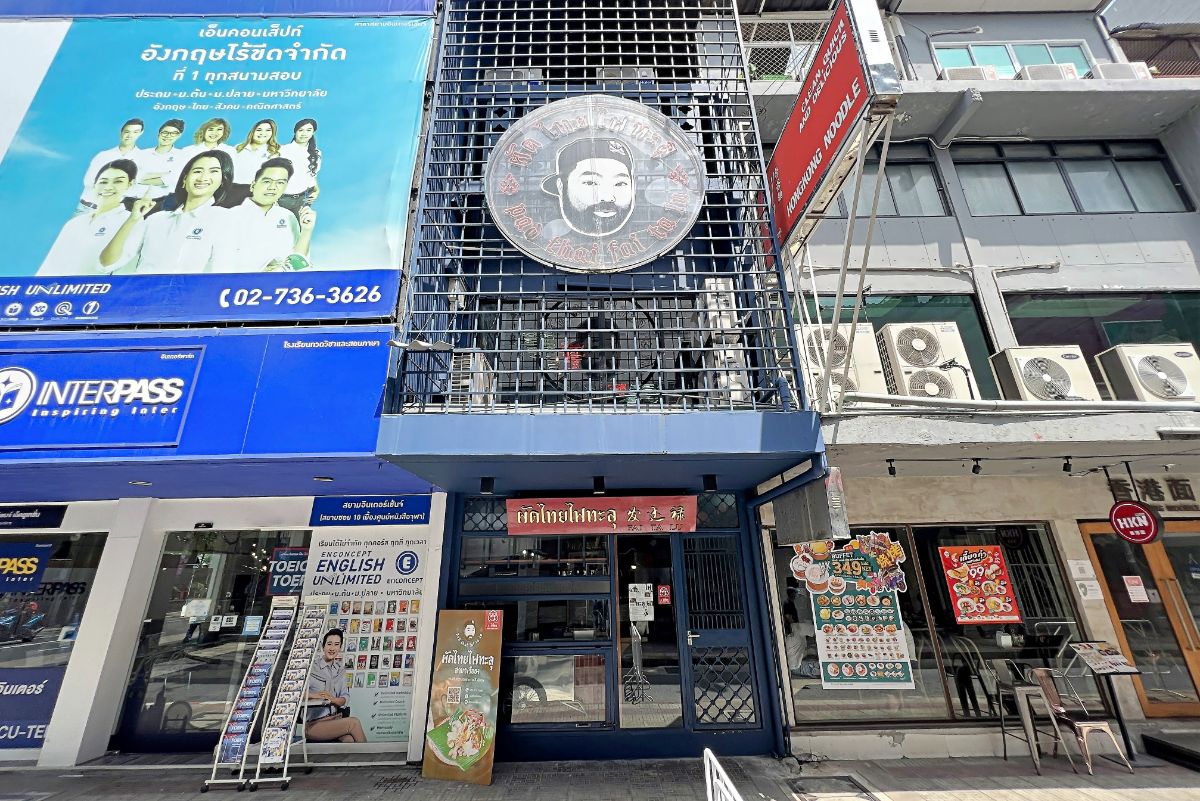