There are two popular 58 Bak Chor Mee in Singapore: The stall called “58 Minced Meat Mee” at Bedok New Changi Road specialises in the soup style BCM; while “58 Minced Meat Noodle” at Taman Jurong is known for its dry version.

The two stalls are not related. 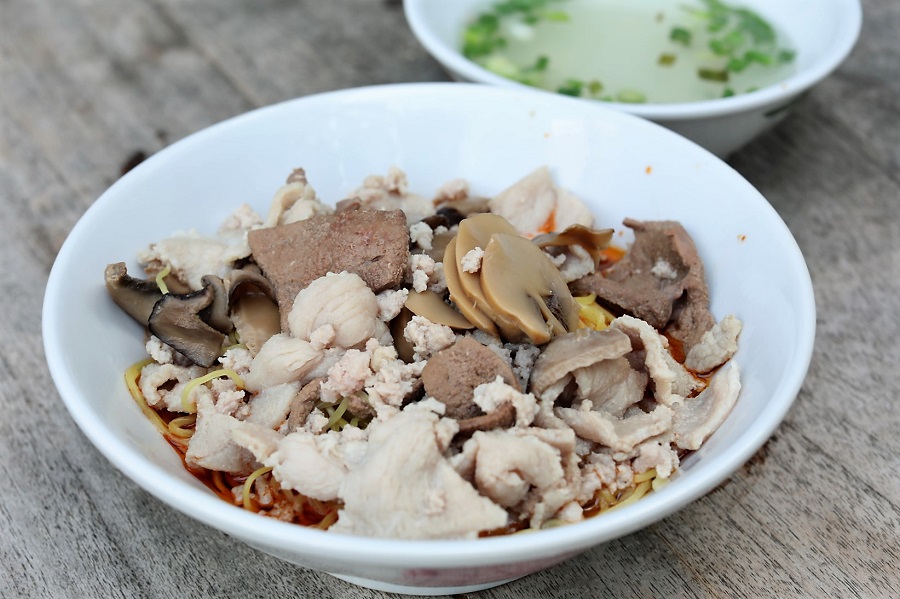 On a search for the best Bak Chor Mee in Singapore, I headed all the way to Taman Jurong Market and Food Centre, only to find the stall closed (Lesson learnt: check their Facebook.) 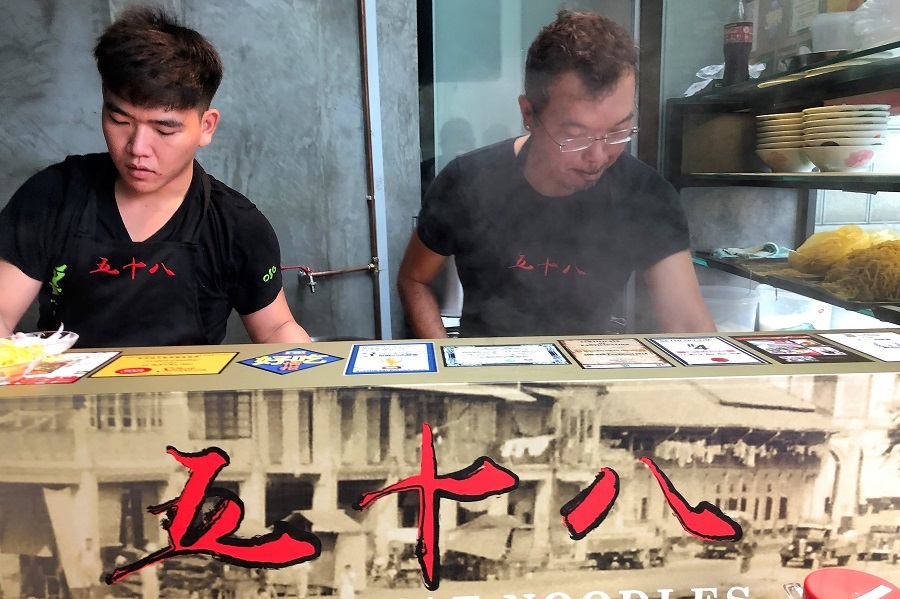 That was when I found out that they opened a 2nd branch at OSG Suntec City, which also houses another Nasi Lemak stall.

Note that they do not open on Sundays and Public Holiday, also because I learnt through the ‘hard’ way. 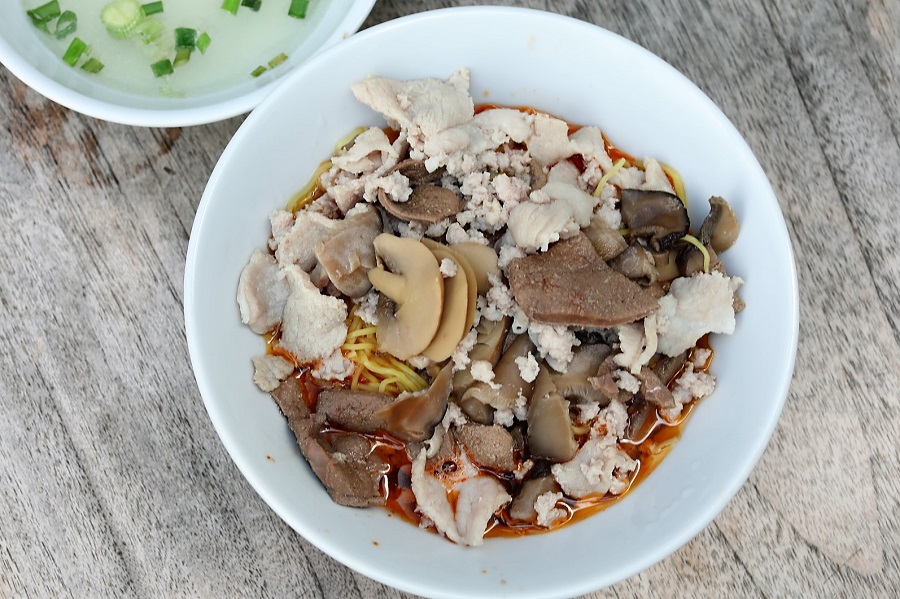 For a venue at Suntec City, the price is still kept very affordable at $5 or $6, in which you can choose your noodle type from mee kia, mee pok, kway teow, bee hoon etc.

The only catch is, the stall is opened only from 11:30am to 3pm Mondays to Fridays. Heading before lunch time may be your best bet.

58 Minced Meat Noodle started way back in 1973, with many staying in Jurong which counts as its fans. 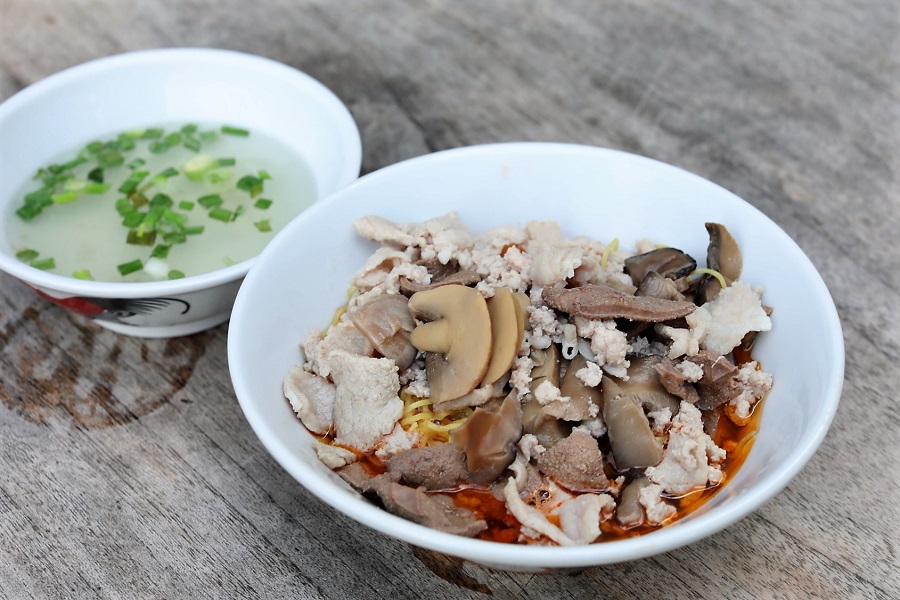 Between the $5 and $6 portion, I would recommend the bigger as ingredients seemed to be proportionally more substantial. 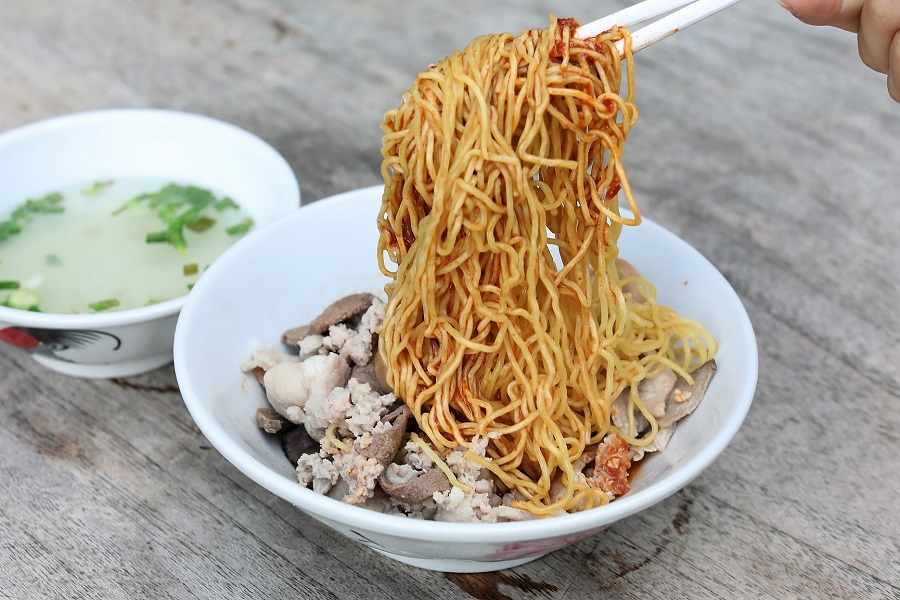 Here’s what worked about the bowl: Ingredients were generous, pork slices and liver were prepared just nice and tender.

Noodles were cooked more to the softer side. 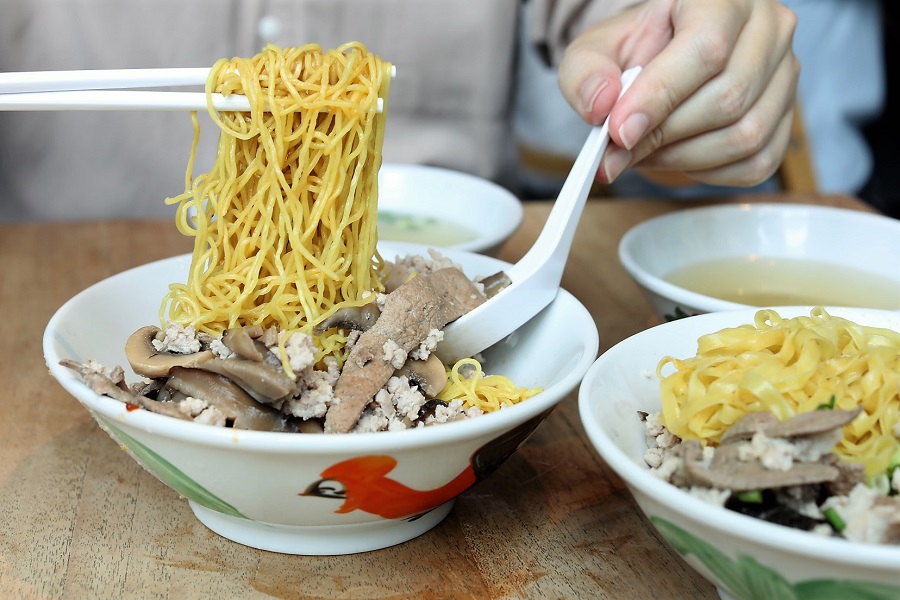 The base sauce was unlike others, more to the savoury-spicy side with a tinge of sweetish ketchup, and less of the vinegary element.

Add your own vinegar if you need that (If you are the Tai Hwa-type, then you could find this quite ‘foreign’.)

There were also sliced dry button mushroom included, which I feel could not absorb the sauces as well. 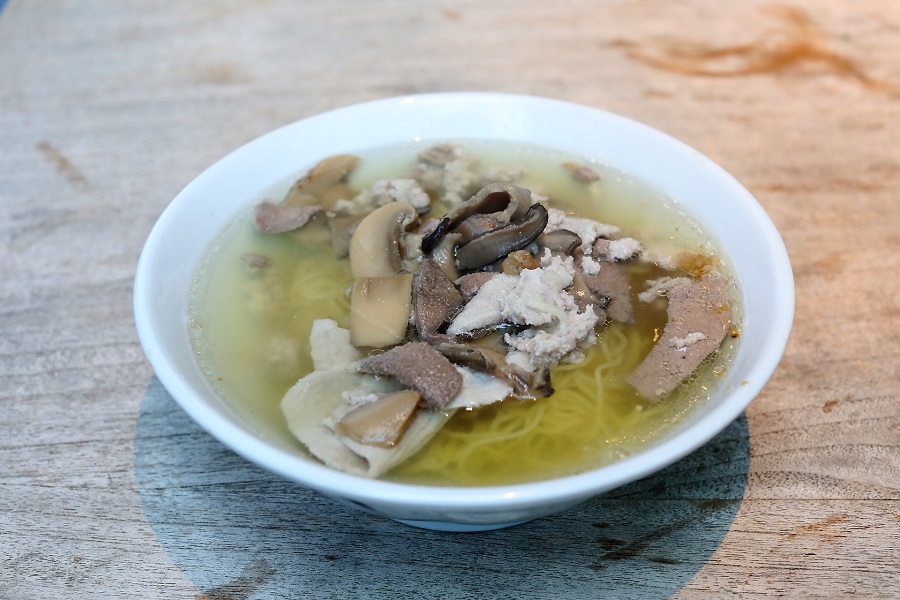 Someone recommended me to try the Soup version, which I thought was weaker of the two. 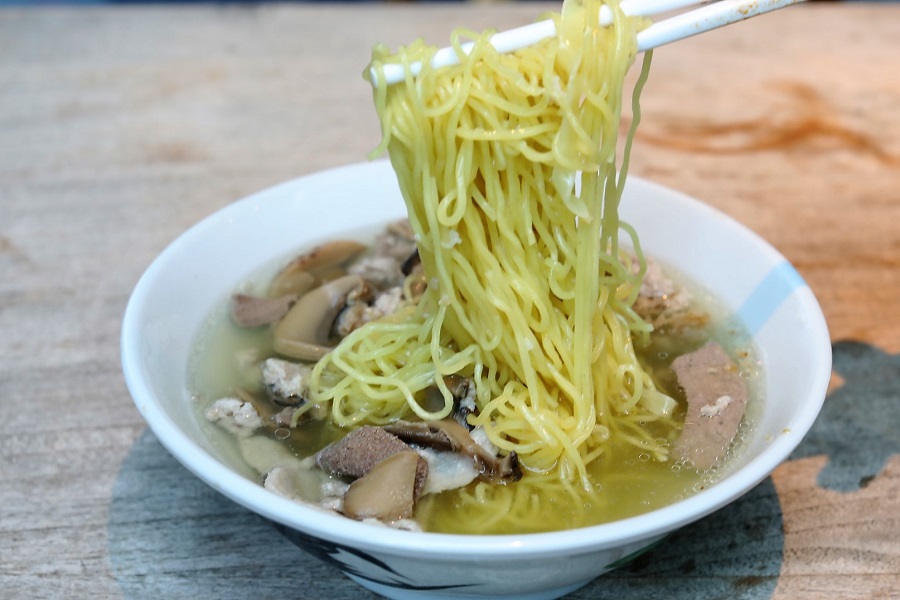 Perhaps I am too used to all those served in Bedok, I wished there was more flavours and soft minced meat included within the soup. 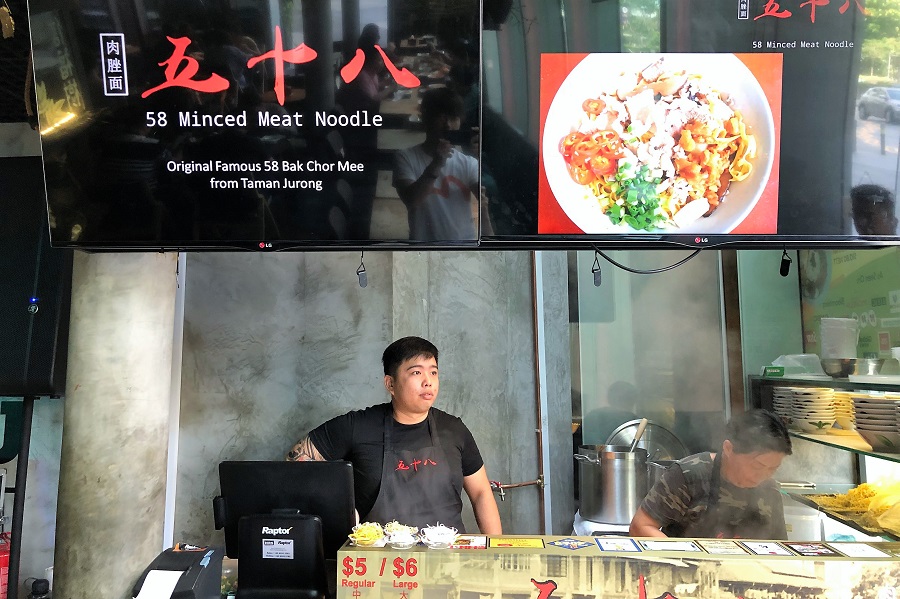 Great to see one of our well loved Bak Chor Mee move at a more convenient location. 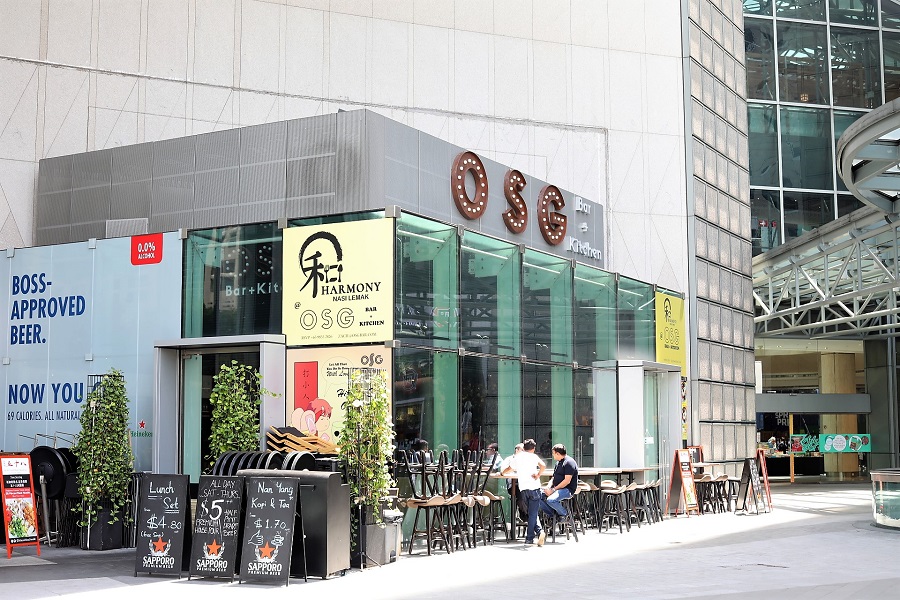