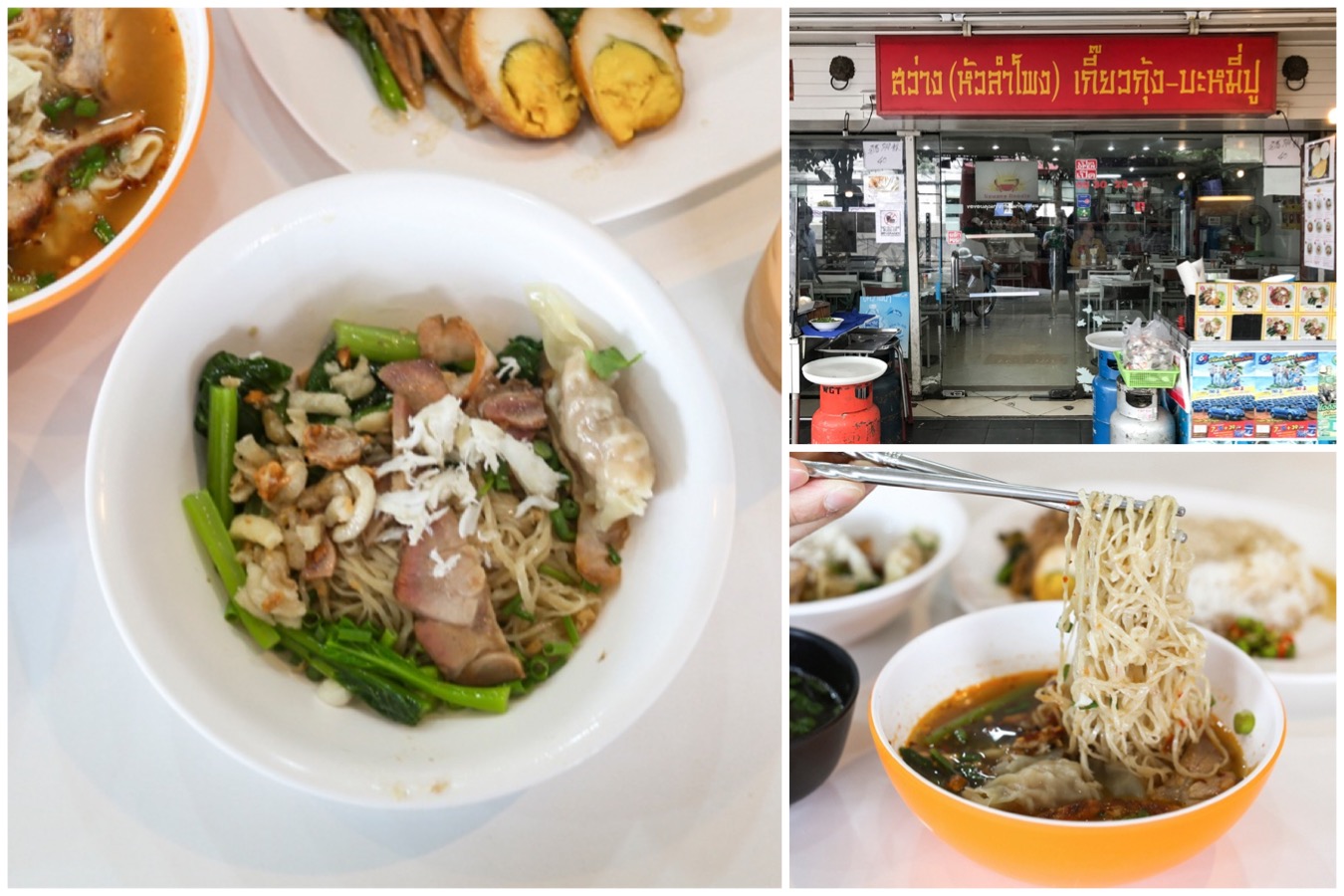 This is another famous noodle eatery in Bangkok, which used to be called Bamee Sawang Noodle, but has changed its name to Sawang Noodles a year back.

Bamee Sawang was originally located close to the Bangkok train station in Hua Lam Phong, and in 2016 they moved to Phetchaburi Road. 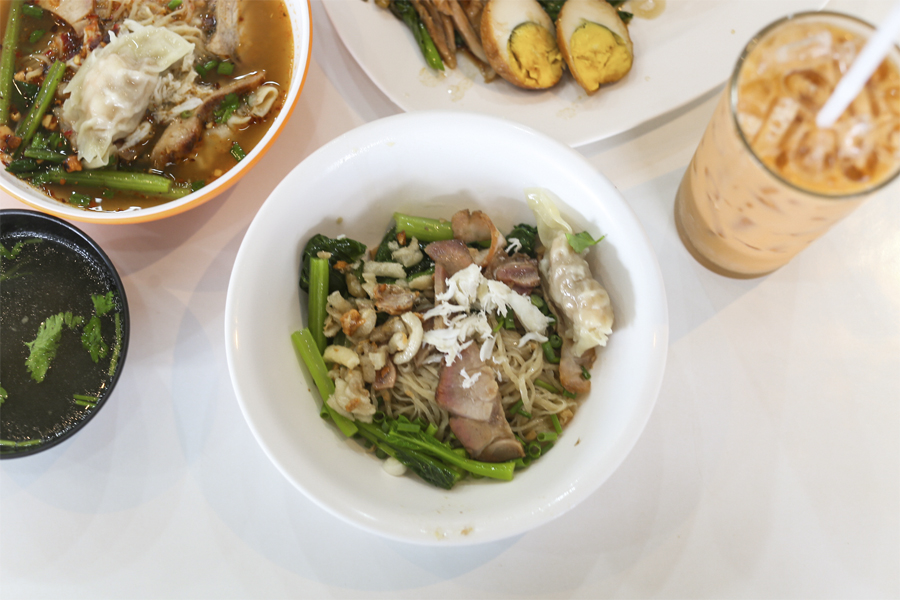 This is a no-fuss eatery, and you could almost walk past without noticing due to its non-discrete sign-board. It is of a short walk from Go-Ang Pratunam Chicken Rice. 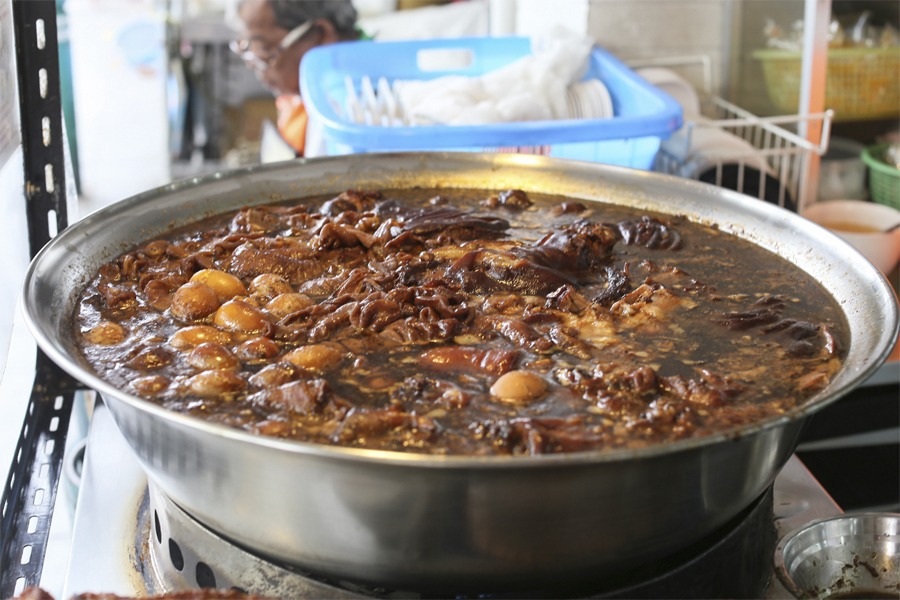 The noodles and braised pork dishes are prepared outside the eatery. I guess as you are walking past, you could be enticed by the simmering and aroma of the Khao Kha Moo. 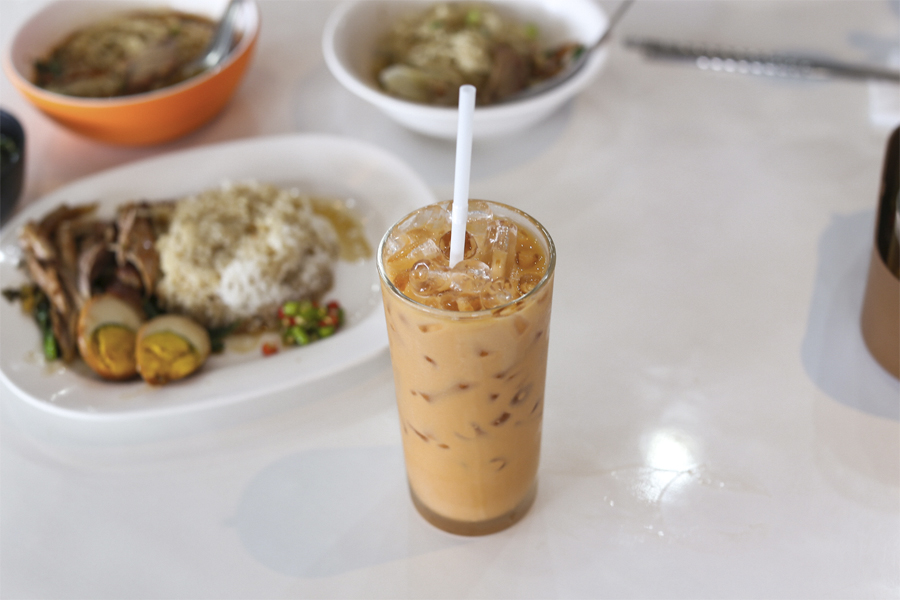 Some dishes are on the slightly expensive side, when you compare to other noodle shops in the area. 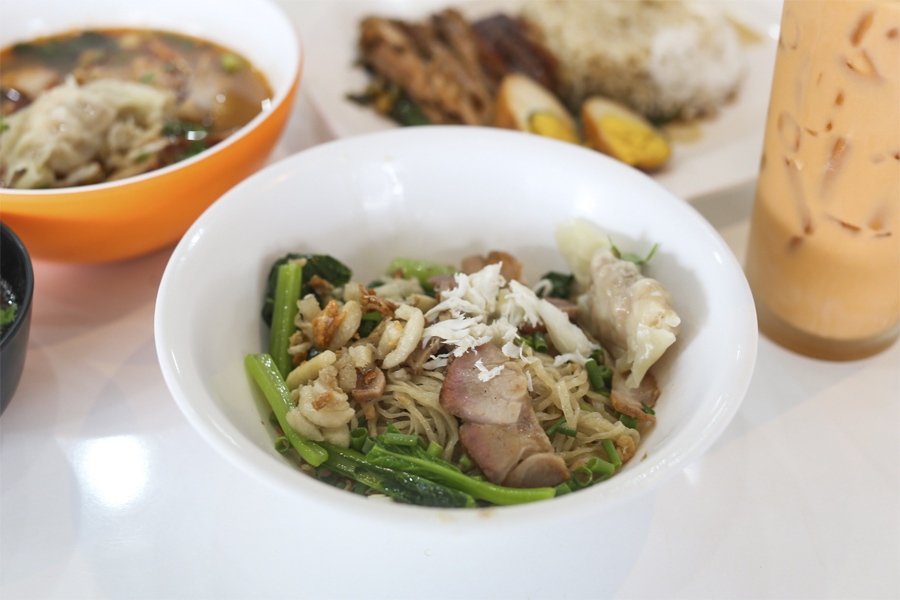 Perhaps I came expecting more, the bowl leaned more to the ordinary, with very minimal sauces, resulting in a dry and somewhat bland mix. 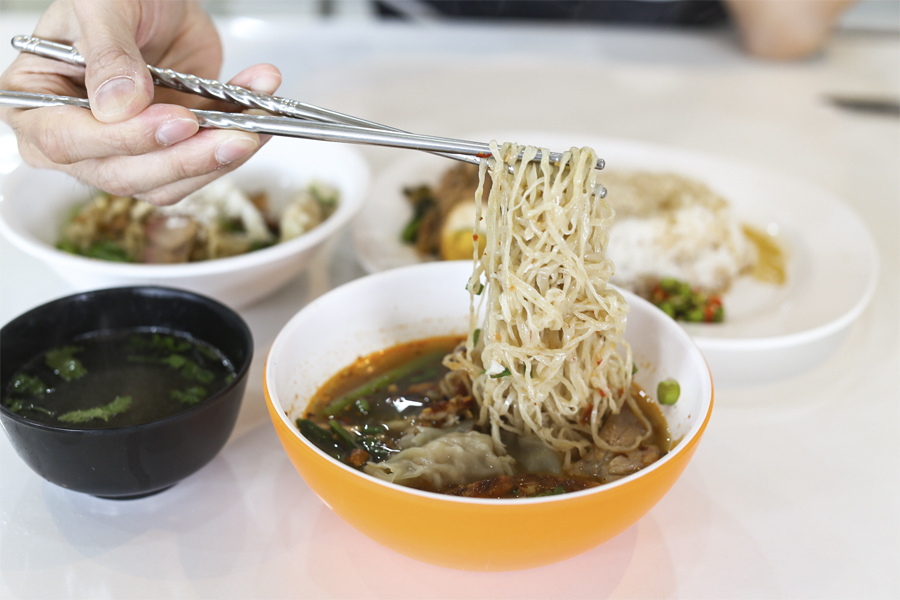 The modest added crab meat also did little to elevate the taste, other than include some ‘luxe’ element to the street side food. 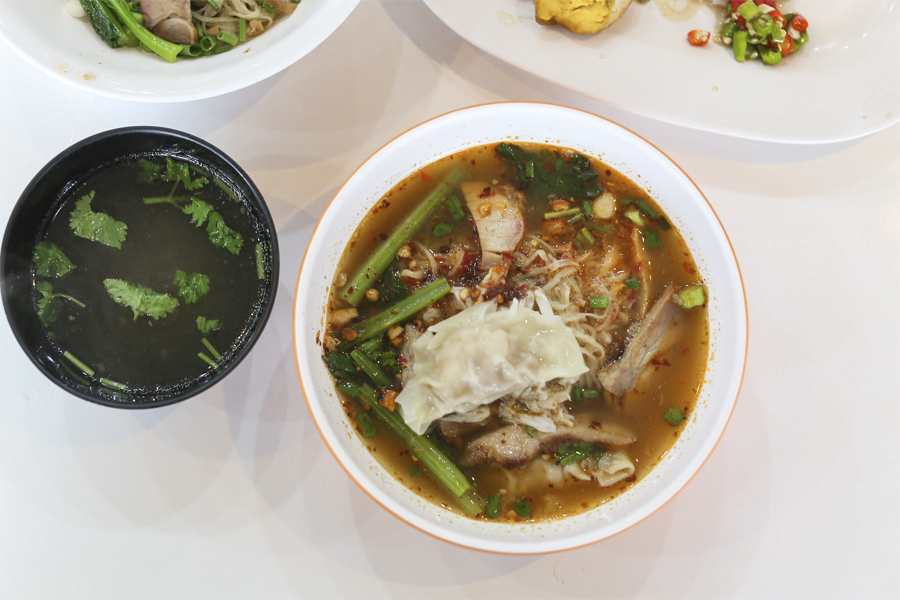 Thankfully, I also ordered the Tom Yum Egg Noodles (65 baht, SGD2.70) which had a soup base that was sweetish-spicy, not quite ‘tom yum’ in nature but not less flavourful. 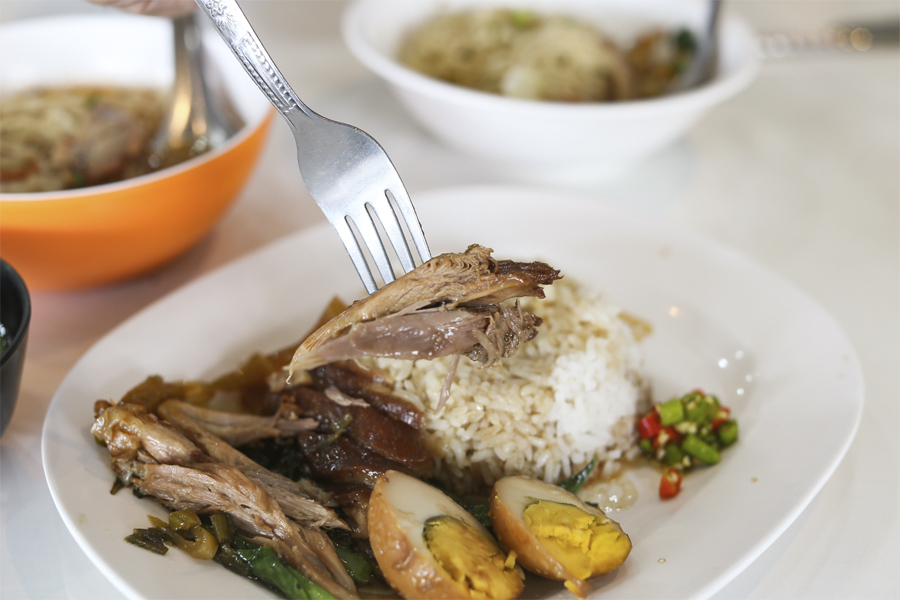 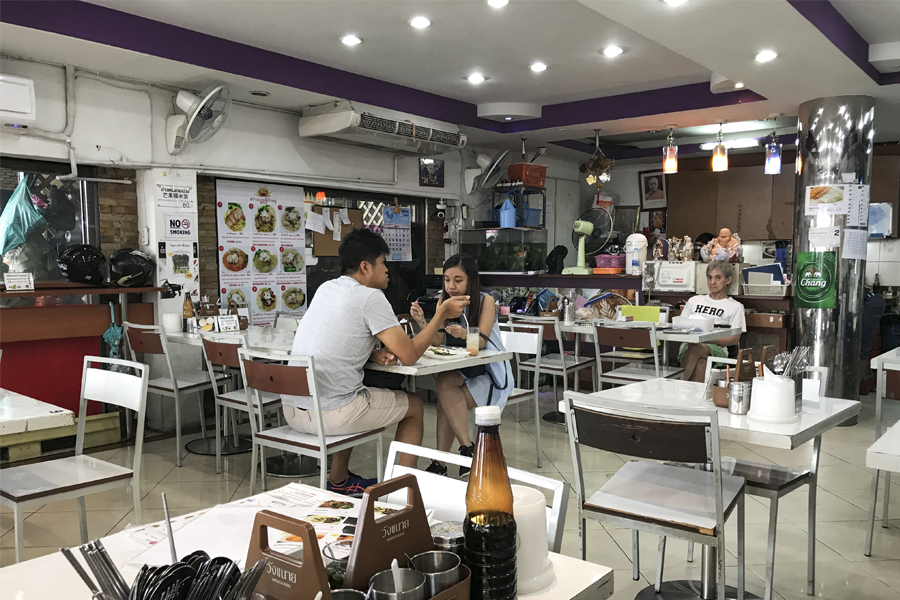 Some other online reviews say that Bamee Sawang used to be better when cooked with old wood fire stoves, while there were others who wrote that the noodle soup was still delicious and didn’t change that much.

To reach Sawang Noodles, it’s best to take the Skytrain to Chit Lom or Siam station and walk over. It is of a short walk from Platinum Fashion Mall. 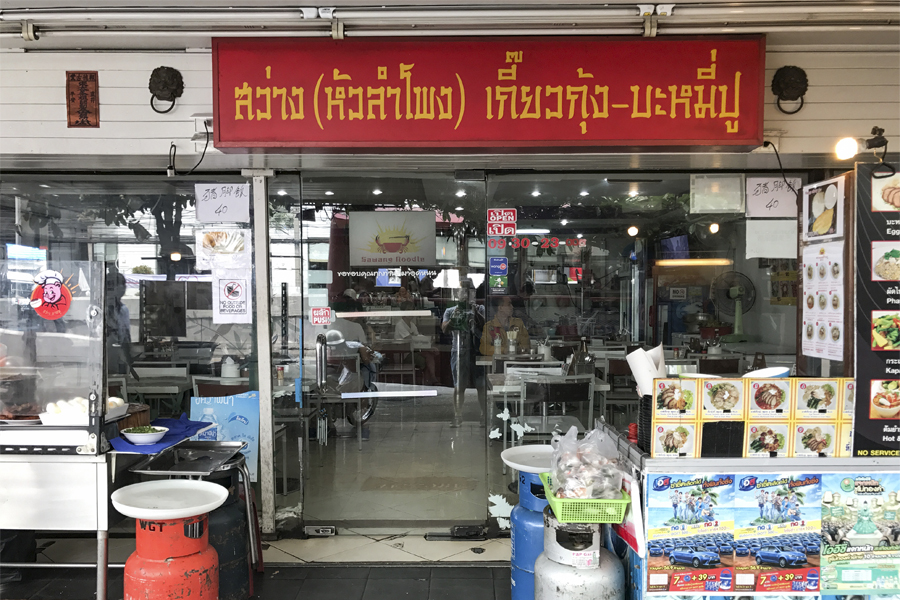