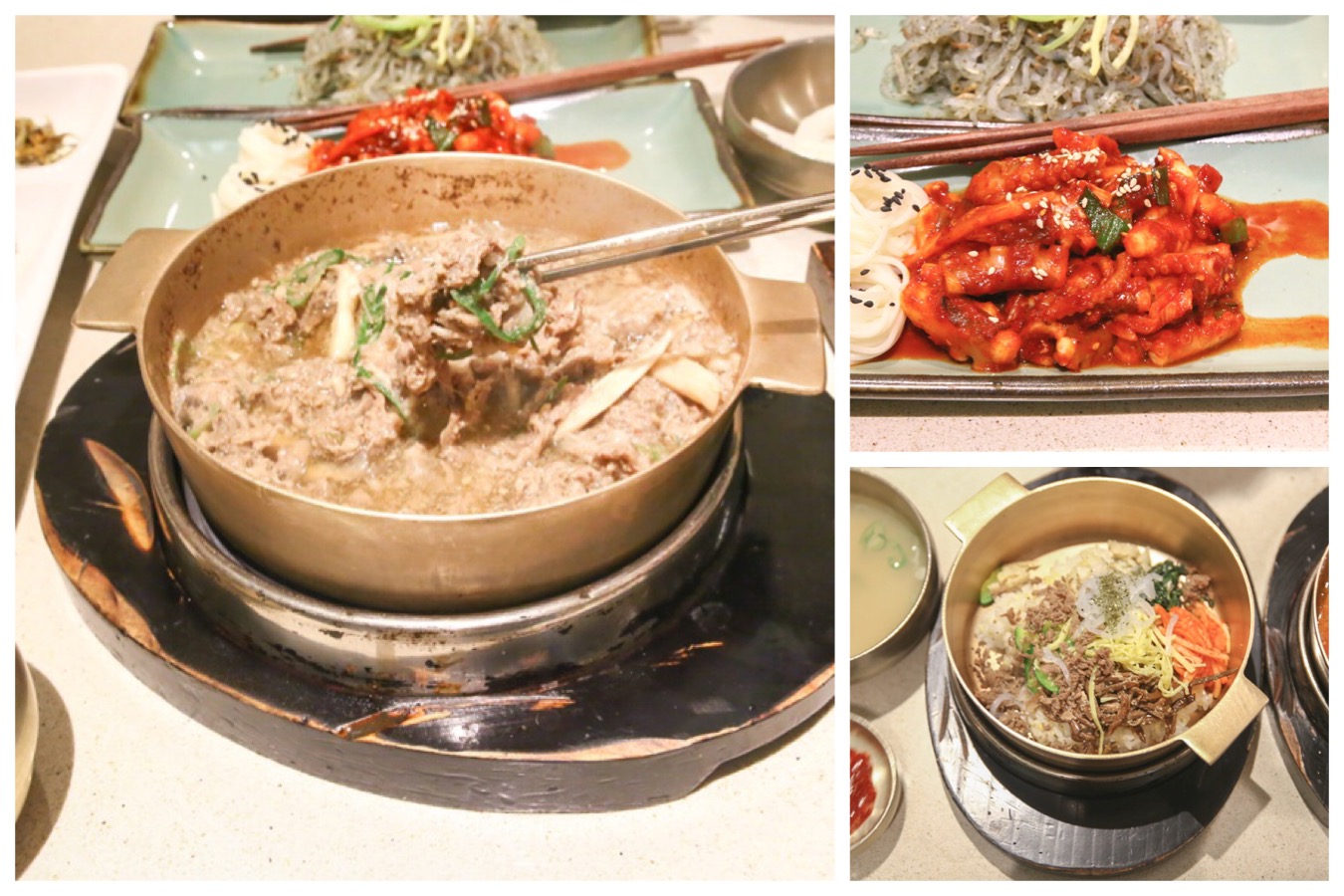 [Seoul] Hanilkwan was a surprise find for me, though it already has a reputation of serving quality traditional Korean course meals.

If you want authenticity, look this way.

The restaurant sometimes known as Han Il Kwan 한일관 or 韓一館, is one of the oldest of its kind in Seoul, having been established since 1939. 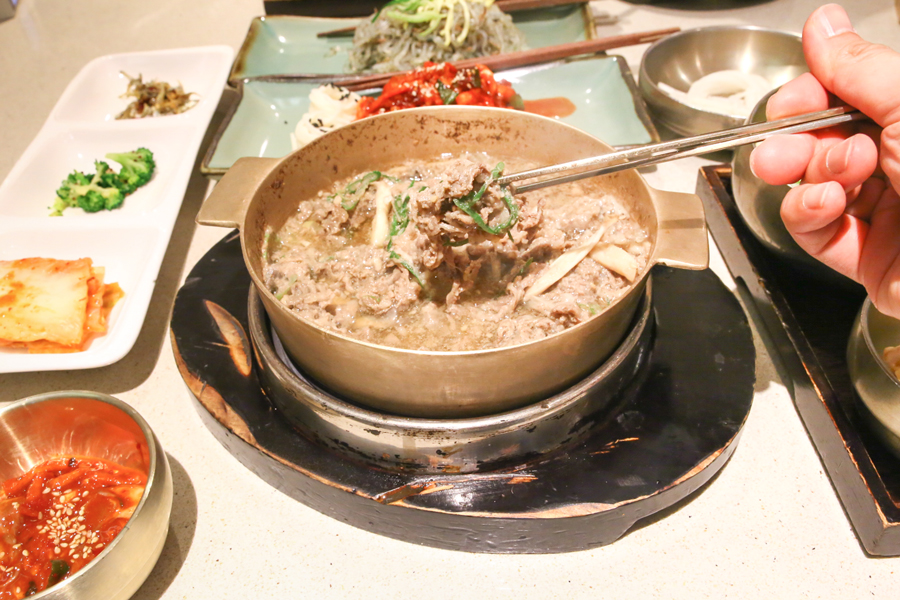 Let’s start with the credentials.

It has been patronised by numerous famous figures including but not limited to the late Korean presidents Syngman Rhee, Park Chung Hee, and Roh Moo Hyun, as well as former Korean president Lee Myung Bak.

Hanilkwan has also been featured in the Michelin Bib Gourmand, praised by Michelin inspectors.

“Few restaurants in Seoul can claim the same longevity and history as Hanilkwan can. Since 1939, the restaurant has been honoring the traditions of Seoul-style food, rooted in royal court cuisine.”

The restaurant also popularised the dish of Neobani, a court dish formerly unknown to ordinary people, with the creation of an easy and time saving cooking method. 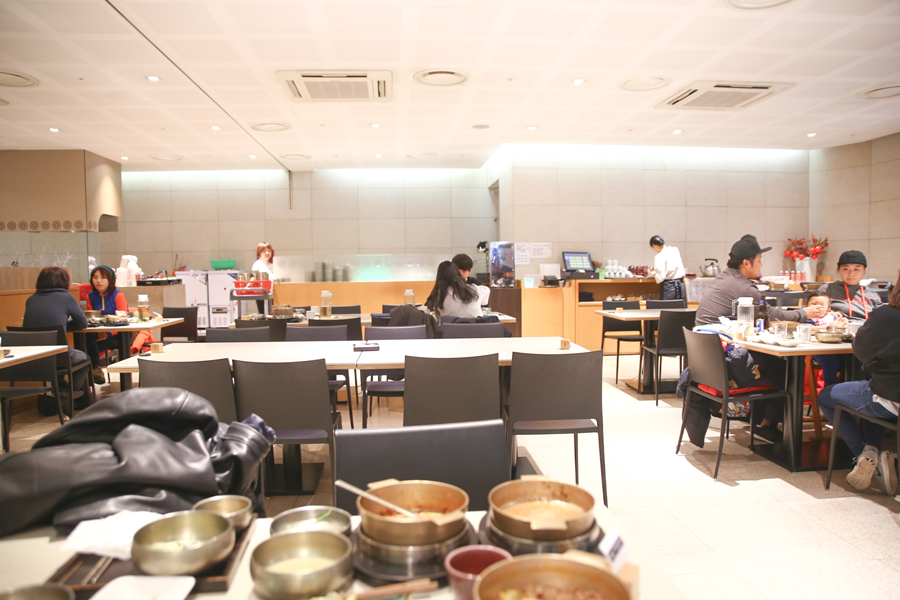 It has also expanded since its founding and currently has 4 outlets spread across Korea. I visited the branch at Times Square.

As for the interior, it was simple, looked casual, minimalistic. The bright lighting also gave a pleasant atmosphere. I observed that many Koreans come here with their families for a hearty dinner meal. 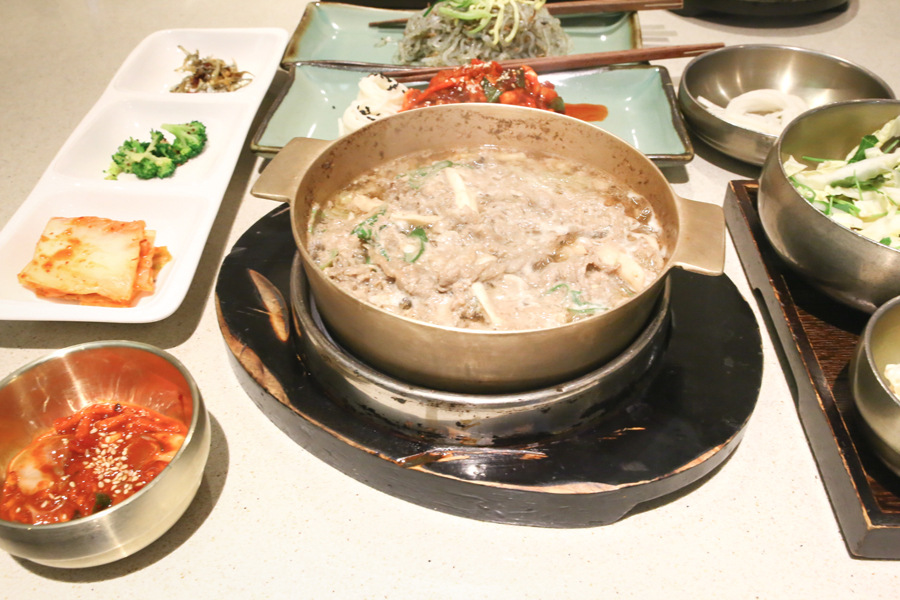 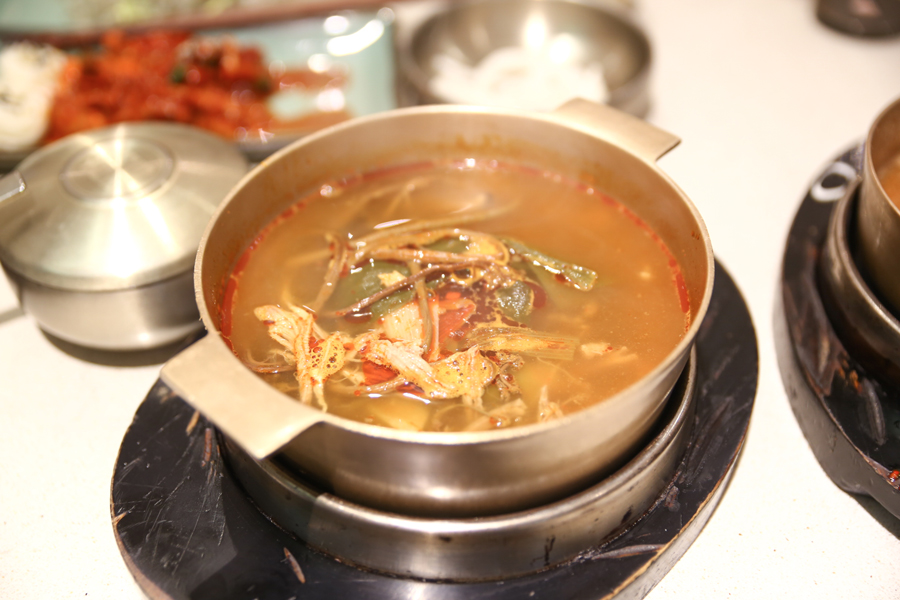 There were various “Hanilkwan” sets available. So while there was a printed English menu, there were a number of permutations available, and thus could be confusing for first timers.

However, the service staff was friendly and attentive to make sure I had everything I needed even though there was a language barrier. 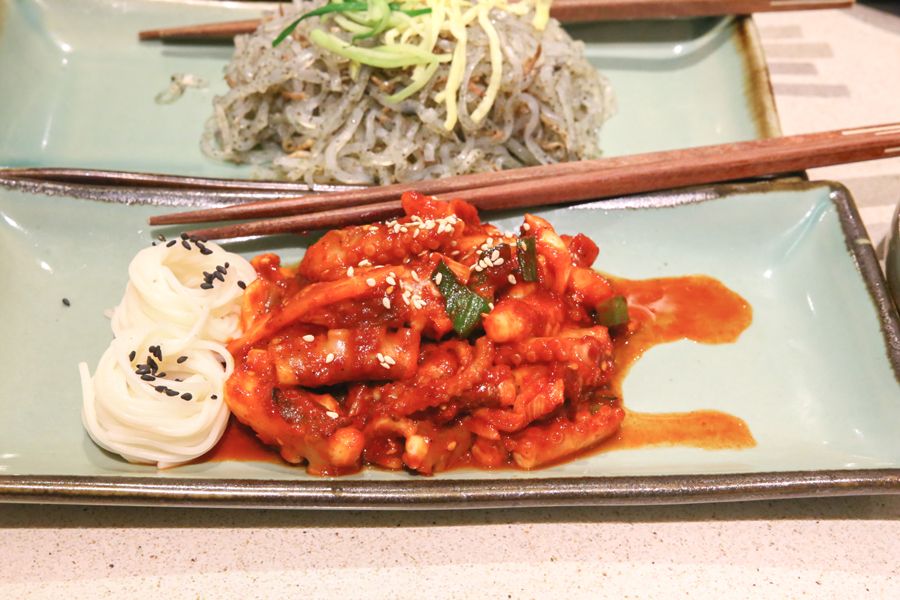 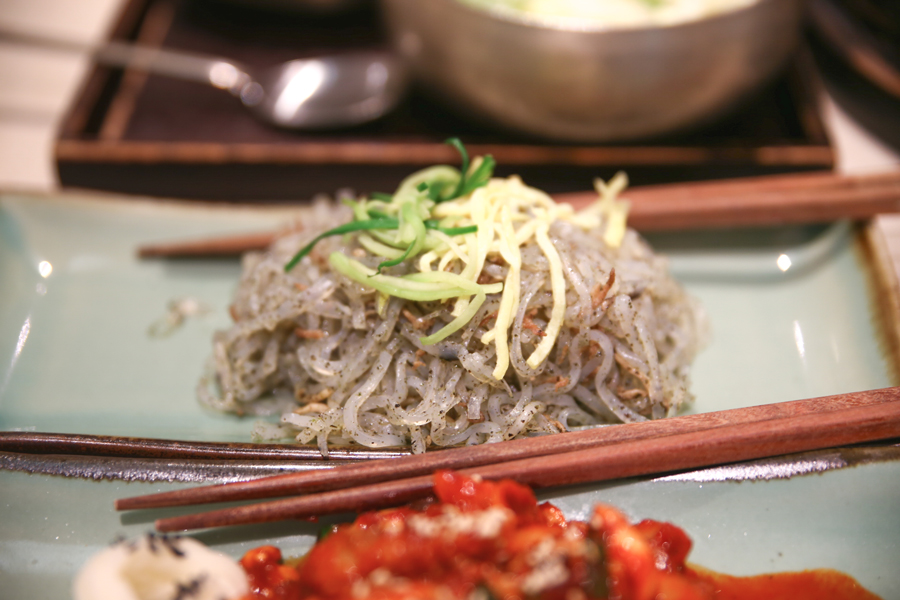 It was not only the main dish, but peripherals which excited me, from pan-fried spicy yellow codfish, seafood pancake, a tang selection which included naengmyun (handmade cold noodles), goldongban (rice mixed with various side dishes), stir-fried baby octopus topped on rice and beef cabbage soup.

That was A LOT of food, all presented at the same time. 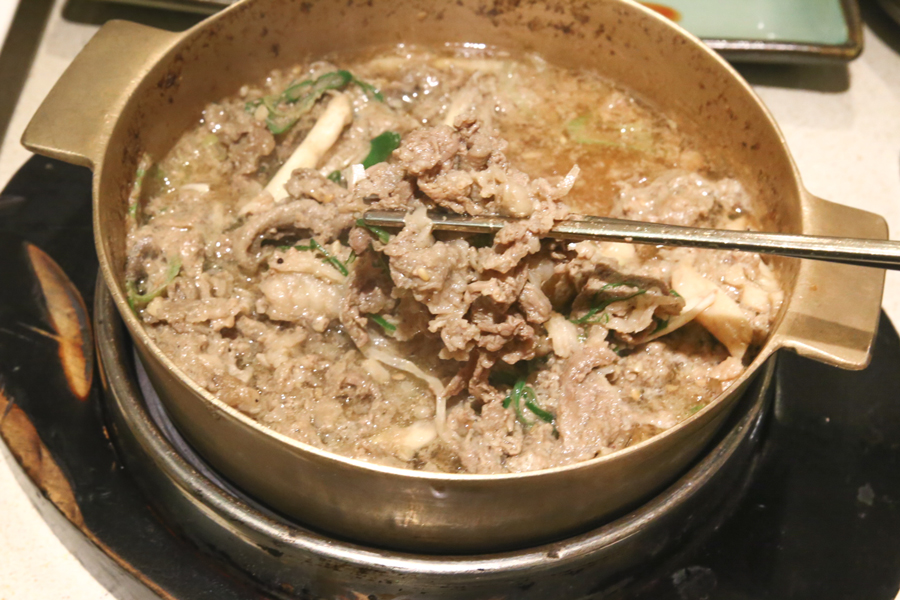 Upon the first bite, I thought to myself, ”This has got to be the best Korean beef I had eaten.”. Superbly tender.

The broth collected at the bottom of the pot, was like a concentrated form of bubbling soup mixed with delicious juices seeped from the meat. 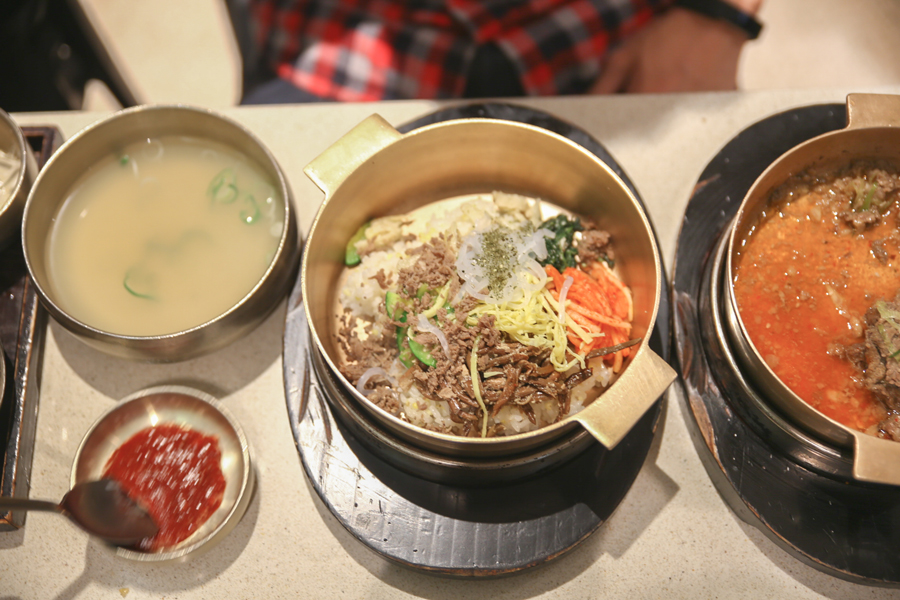 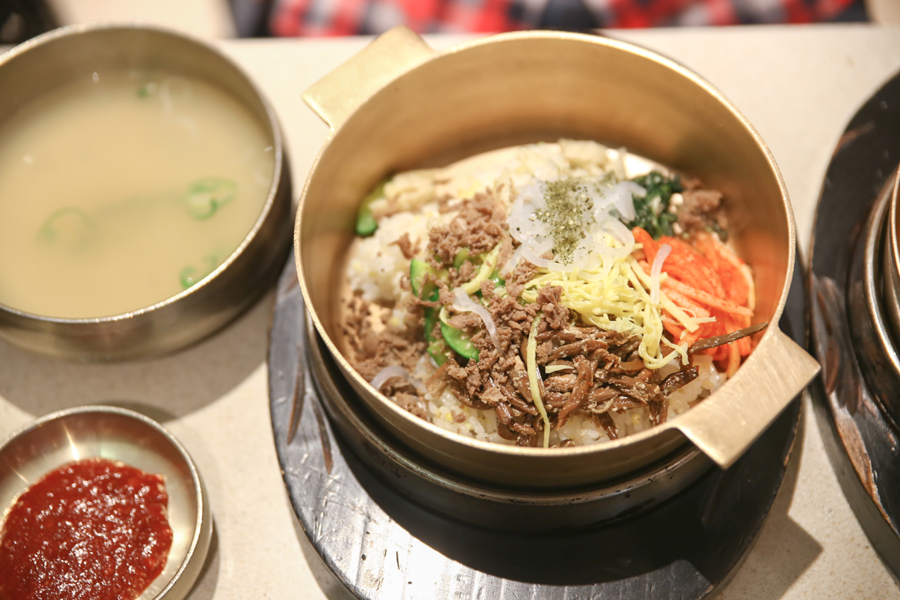 The rest of the dishes were milder, had this added touch of classiness to the familiar Korean food.

End the meat with a pot of Goldongban, also known as Royal Bibimbap where you would mix ingredients and a special sauce with rice.

The restaurant also has a sizeable wine offering, which includes Chilean and French imports as well as Korean rice wines.

Do note that reservations are not allowed, and some items may be sold out before official closing time. 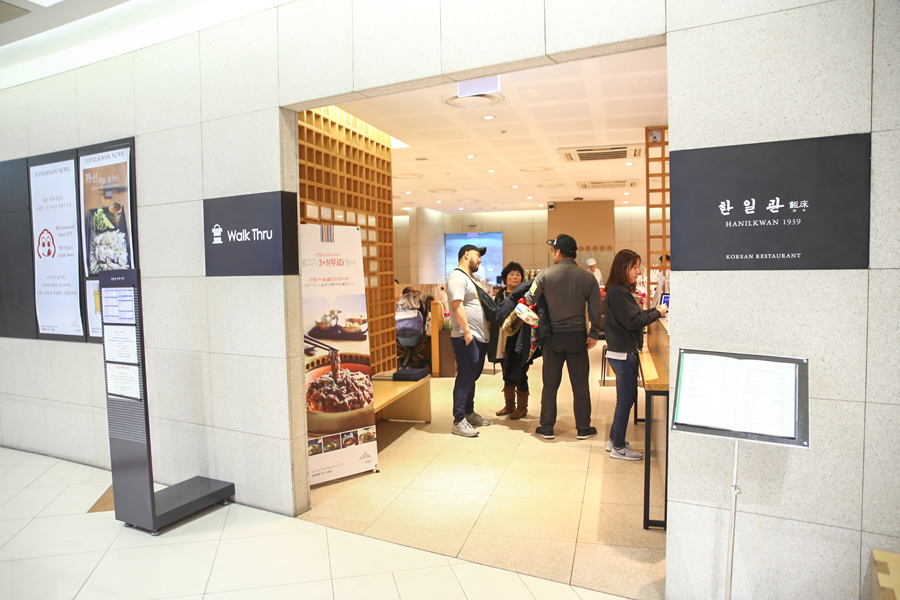