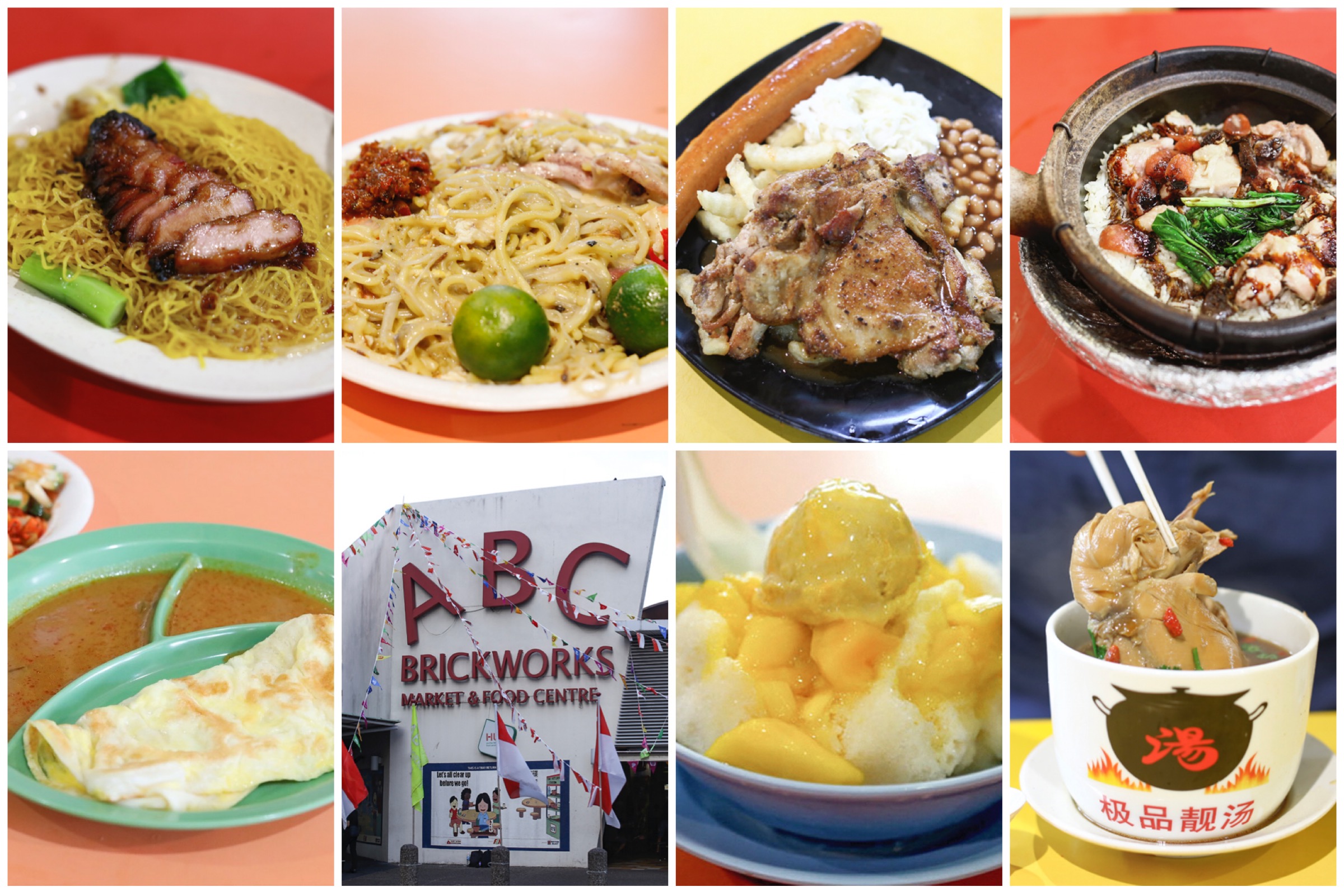 ABC Brickworks Food Centre is one of the first hawker centres to be built in Singapore during the 1970s, located at 6 Jalan Bukit Merah.

In terms of location, it is about a 10 minutes’ walk from IKEA, Queensway Shopping Centre, and there is another food centre Alexandra Village Food Centre diagonally opposite.

There are varying versions of the origins of its name (it is not random), said to be named after “Archipelago Brewery Company” the first commercial brewery in Singapore; or “Alexandra Brickworks Company”.

The market and food centre at Blk 6 Jalan Bukit Merah had a renovation and reopened 16 June 2020. 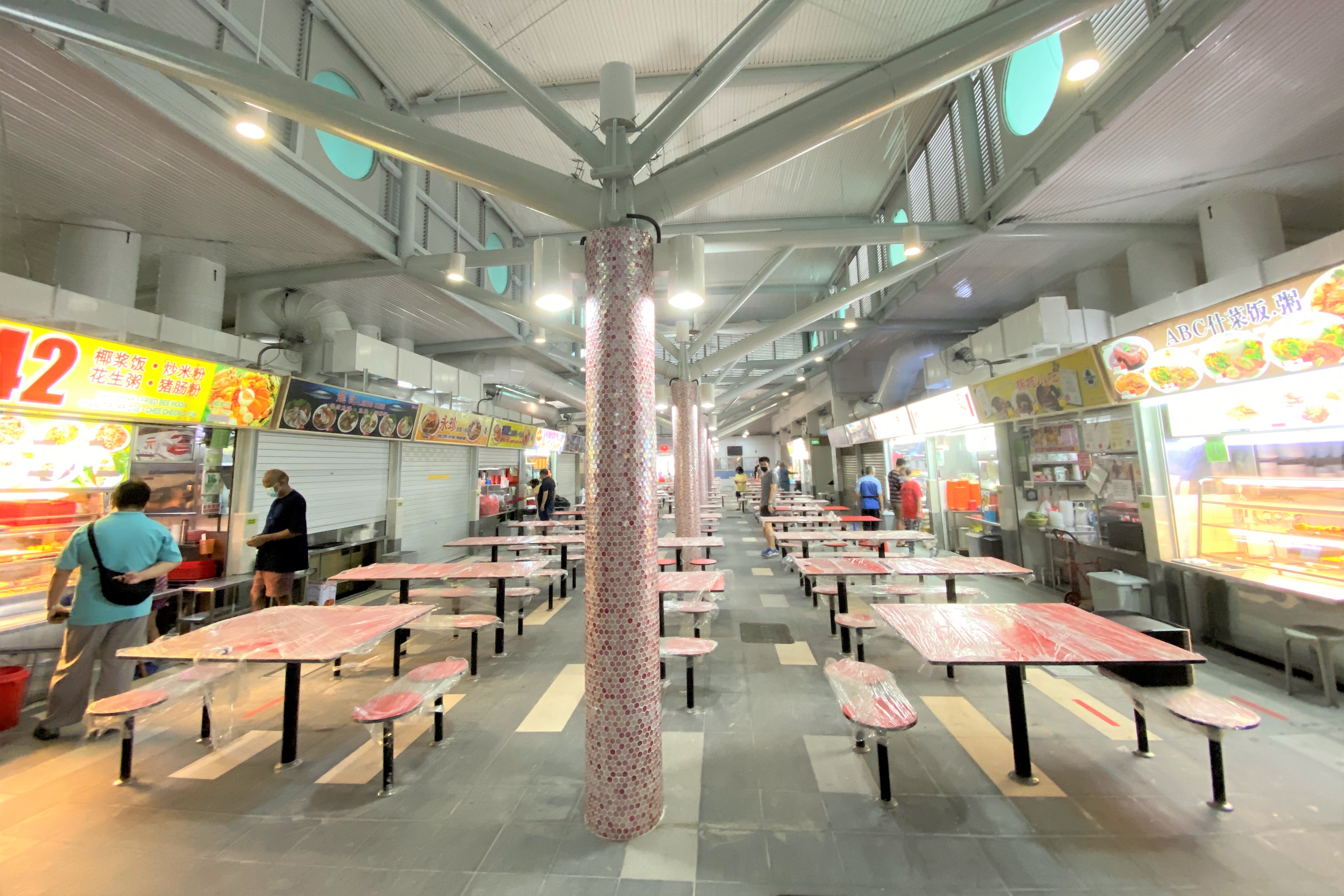 If you are thinking of what to get there, stand-out stalls there include the Michelin Bib Gourmand listed Tiong Bahru Yi Sheng Fried Hokkien Mee and Ah Er Soup. 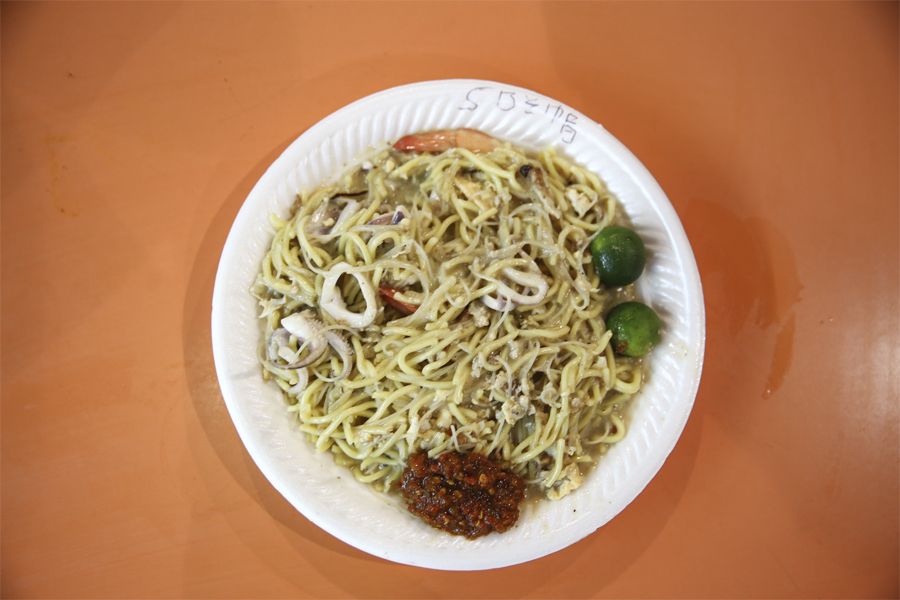 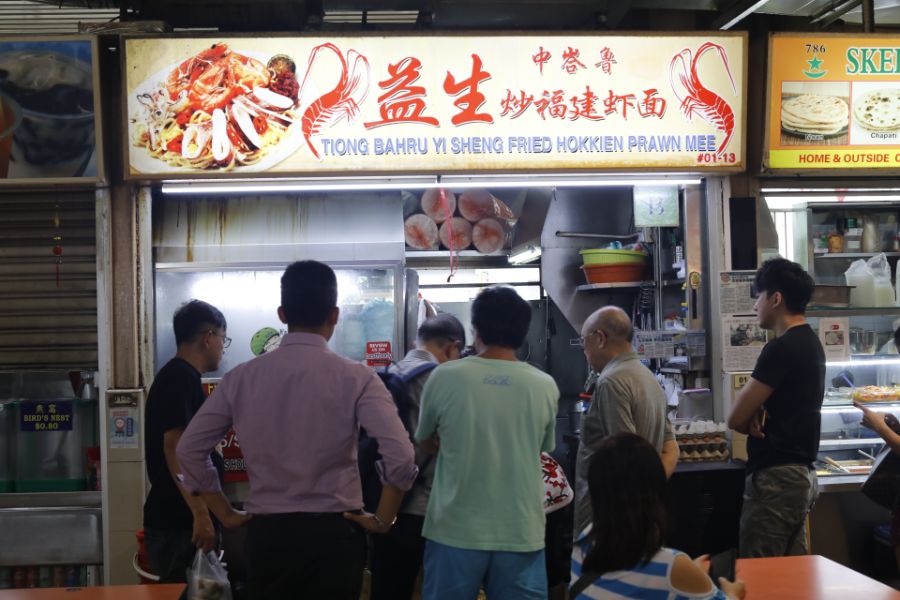 40+ Years Old Hokkien Mee Stall, With Michelin Bib Gourmand
This stall has been around for close to 40 years, and is run by the second generation Mr Toh (who is often seen wearing goggles).

His father used to sell the noodles on a pushcart, and moved to this food centre in the 80s.

While there are other Hokkien Mee stalls in the same hawker centre, Tiong Bahru Yi Sheng seems to get the longer queue BUT auntie serving may be grouchy at times. Don’t step on her toes.

The noodles comes with a sizeable amount of toppings including prawns and pieces of pork belly. What makes it special is the sambal chili with bits of ikan bilis.

It is generally drier with good wok-hei. While some customers have mentioned that it is “over-rated” (perhaps due to the very long queue), I thought it would depend on when you have it.

Sometimes the stock is flavourful, while other times it can be lacking that “oomph”. Tiong Bahru Yi Sheng Fried Hokkien Mee (ABC Food Centre) 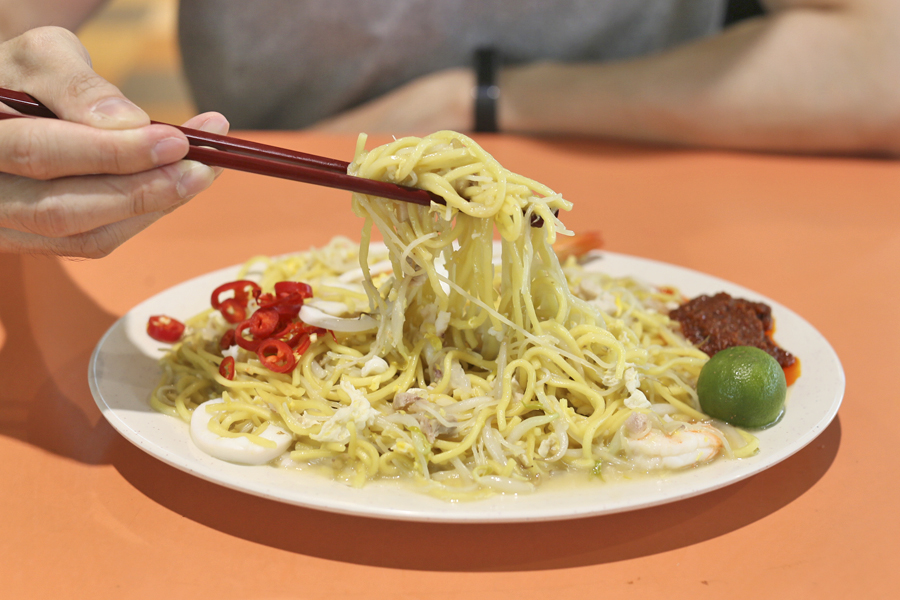 Hokkien Mee with Shiok Sambal Chilli
Actually, I usually order from this stall because the queue is shorter, has more zhup (sauce), and I liked it with fresh cut chillis.

The stall started out close to 50 years ago at Havelock Road Blk 50 as has been run by the same couple. However, as uncle and auntie are growing old, I noticed that they do not open the stall as often as before, and is often closed. 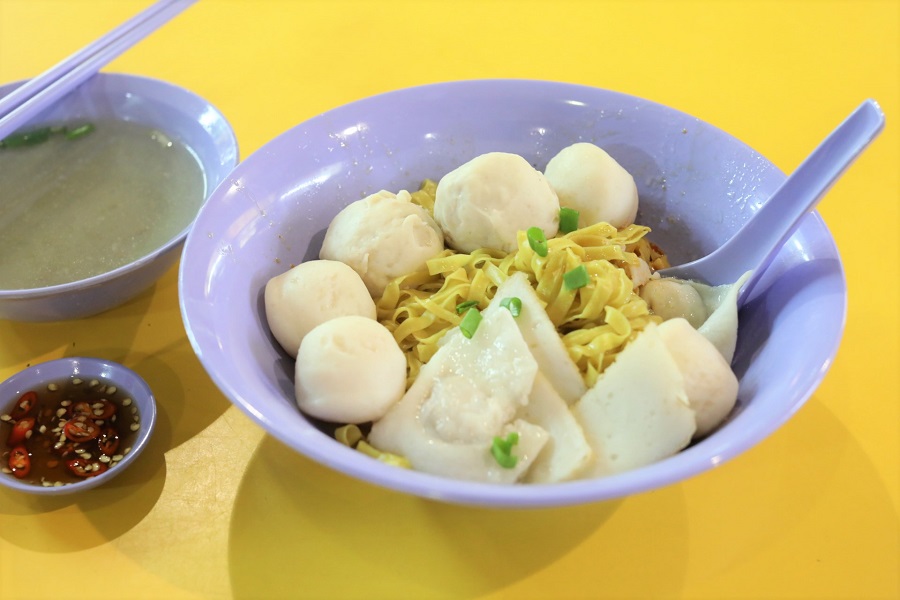 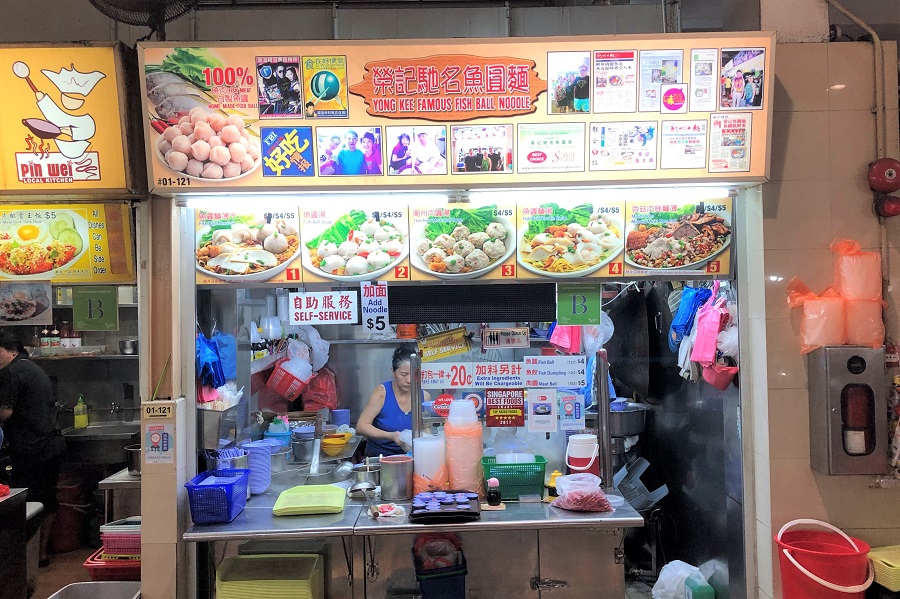 Handmade Fishballs with Bouncy Texture
If I need to look for food late at night here, this is my go-to-stall (other than Gu Zao Ren opposite). Yong Kee Famous Fish ball Noodle has been in operation for more than 20 years and opens late at night.

The stall sells typical noodle dishes including Bak Chor Mee and Fishball Noodles ($4, $5). The noodles are relatively springy, but the handmade fishballs, fish dumplings and meatballs are definitely the highlight.

While I thought the fishballs are more ordinary, go for the handmade juicy meatballs which include a mix of ingredients. 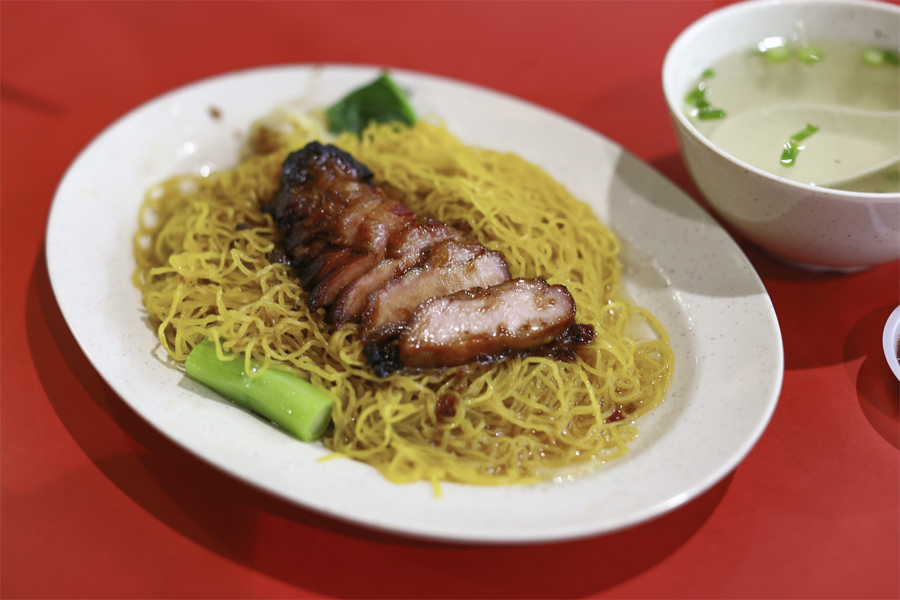 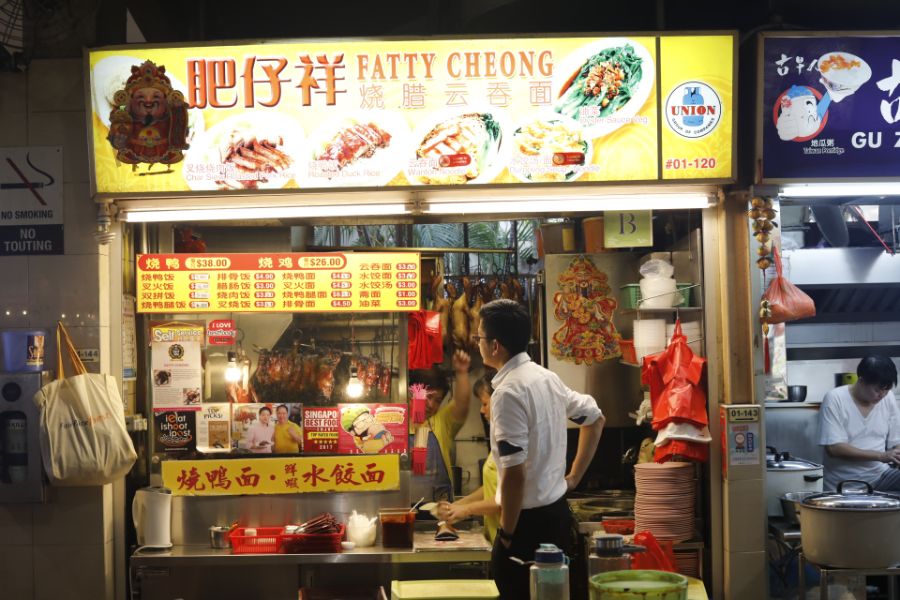 Char Siew Cooked In Traditional Charcoal Oven
Fatty Cheong Roast serves some of the best Char Siew around in Singapore – nicely char, good balance of lean meat and fats, and melts in your mouth.

The thick gravy added to the fragrant rice complements the flavour of the meats.

Fatty Cheong has trained his two sons in the art of roasting meat in order to take over the family business and they have also opened two other outlets in Toa Payoh and Hougang.

If you want to try Roast Pork Noodles, another Fatty Cheong stall can be found at the back of the food centre. 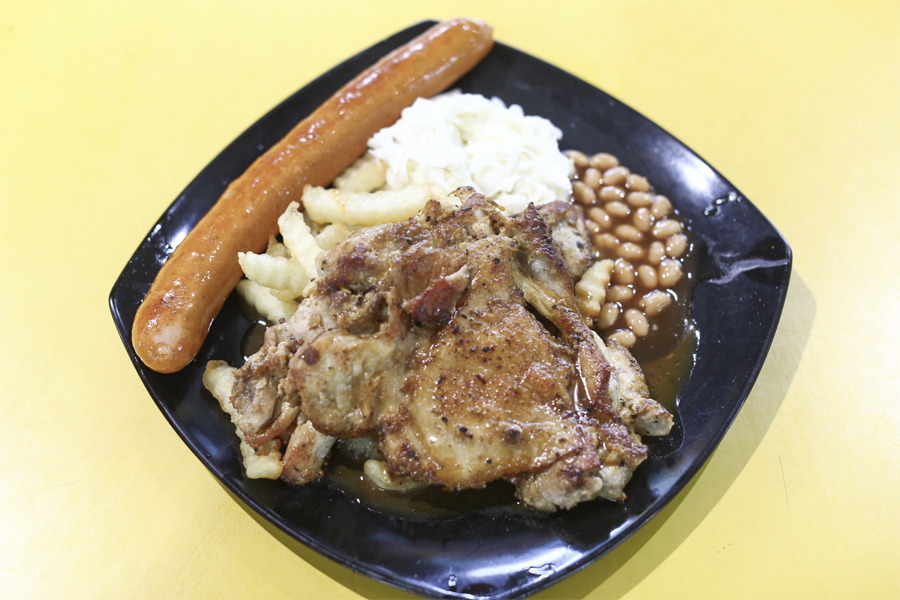 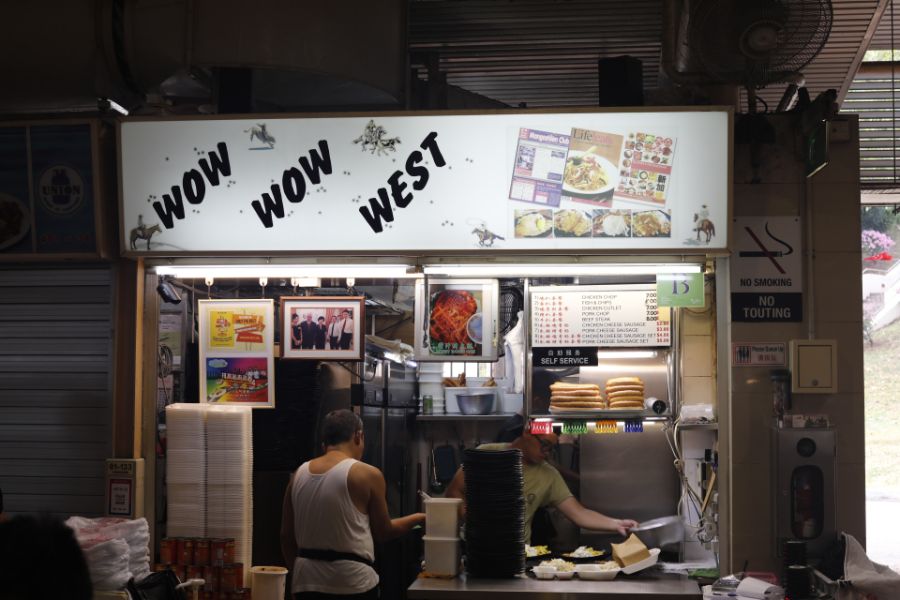 Quality Western Food With Huge Portion
Wow Wow West which started as a school canteen stall, employs a number of ex-offenders in order to provide them a second chance to give back to society. (Christian Hokkien and Mandarin songs can often be heard playing in the background.

Trivial: 2nd generation hawker Elizabeth Ng could be seen helping out at the stall with her father, and her life as a hawker started when she was helping out her father’s first stall at Raffles Institution, which was named “Wow Wow West” by the boys.

Their delicious and affordable western food fare earned much popularity from the RI boys.

Their signatures include the Chicken Chop and Chicken Cutlet, which is massive for just $6. The gravy and coleslaw used is also prepared on a daily basis and is not mass produced. 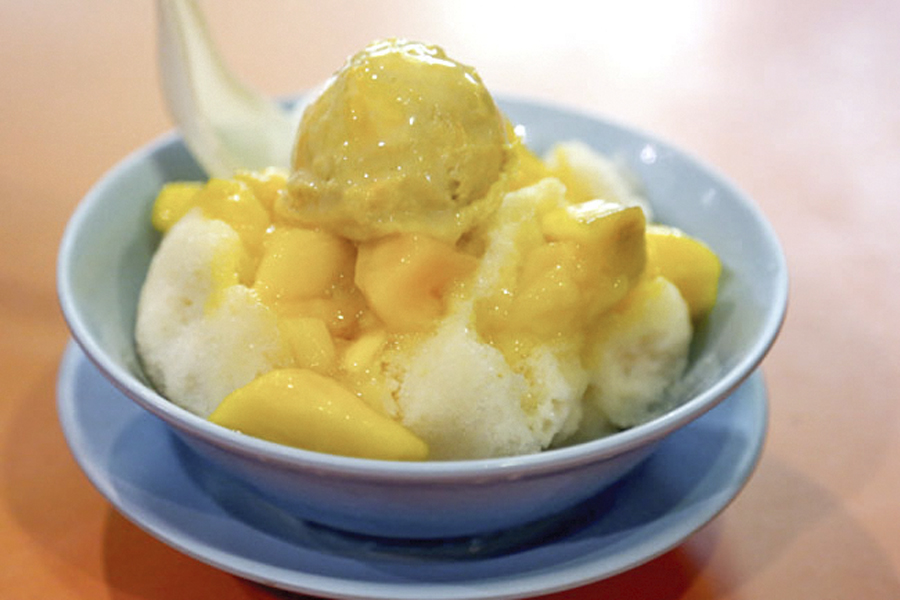 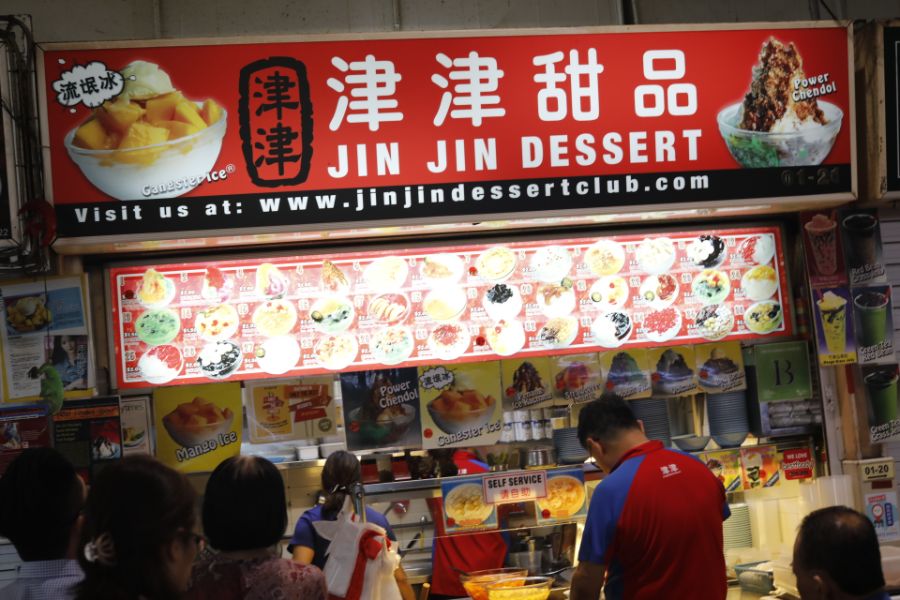 Liu Mang aka Durian and Mango Dessert
The star dessert at Jin Jin is the Liu Mang, otherwise known as Gangster Ice. It is a clever play of the words “Liu Lian” (Durian) and “Mang Guo” (Mango) where you can shaved iced with mango cubes and a scoop of durian puree.

The other must-try dessert is the Power Chendol. Priced at $2.50, you get generous servings of ingredients, drizzled with thick gula Melaka syrup imported from Indonesia and cooked daily by the stall owners.

The stall is helmed by Calvin and Ewan, two folks who originally did not know anything about making desserts but proceeded to revive the stall when the original owner wanted to close it down. 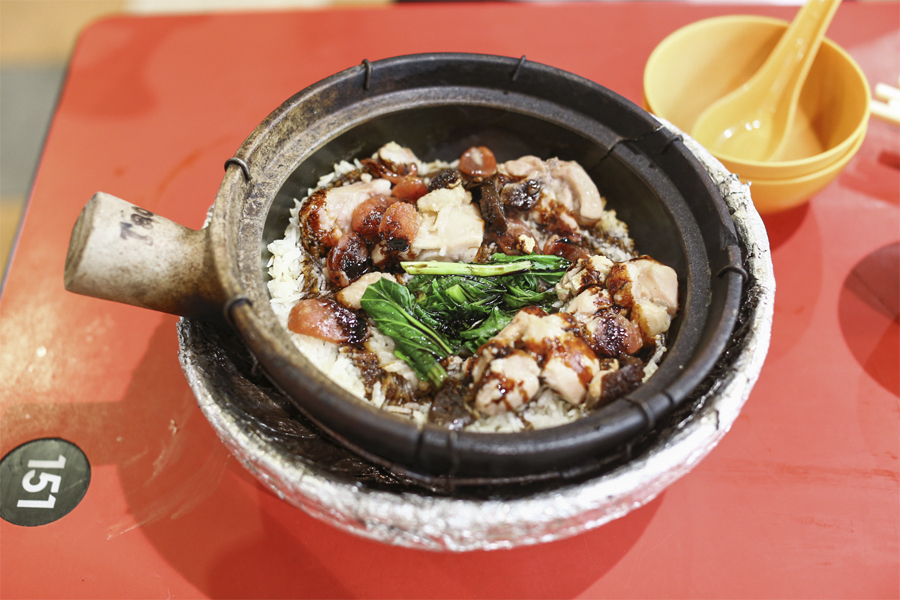 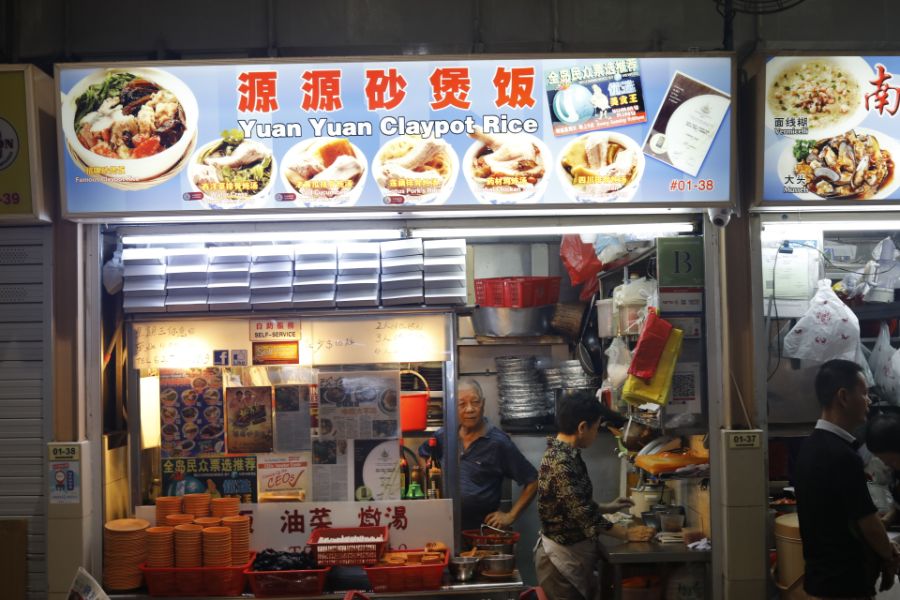 The rice comes with tender meat (depending on which one you order) that is marinated in a special spice mix over 5 hours, and other generous amount of toppings including Chinese sausages and salted fish.

Each claypot is cooked to order over a traditional charcoal stove which may explain why there is a long wait at all times at the stall.

Additional note: It seems like the quality of the Claypot Rice would depend on who’s cooking it, according to online reviews. Generally, the elderly uncle and auntie seem to be the ones people go for. 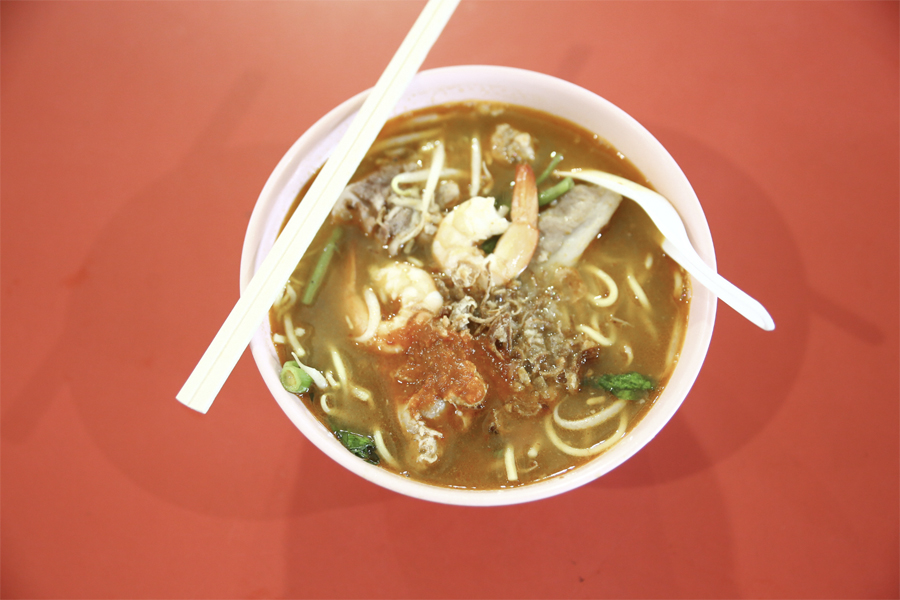 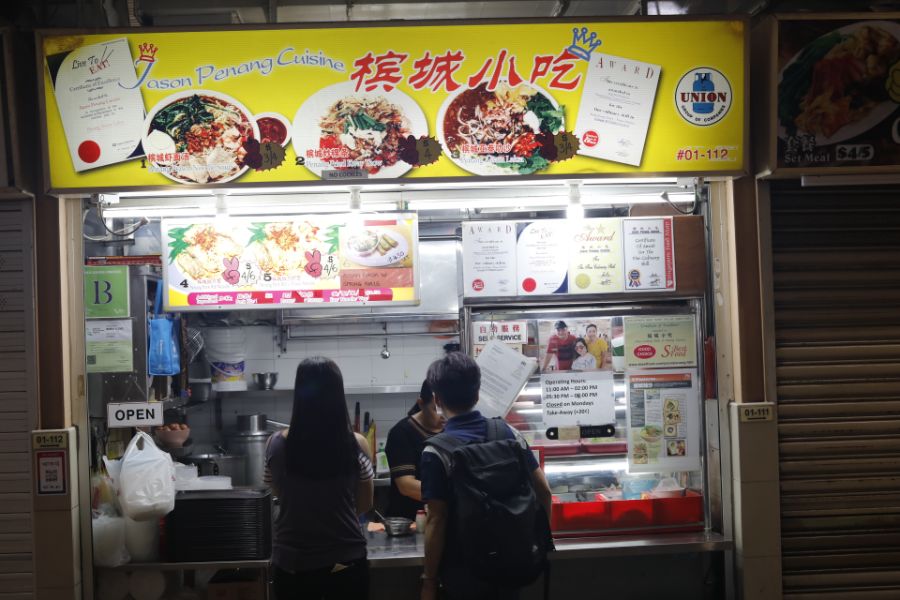 Under The Radar Authentic Penang Cuisine
he stall is helmed by Penang born Jason Khaw and his wife. Jason was also the British High Commissioner’s Resident Chef for 14 years, assuring a high quality in his food.

The stall’s specialty is the Assam Laksa ($4) which comes with a sour and spicy broth, with a hearty amount of ingredients including fresh prawns.

The authenticity of his signature dishes of Fried Kway Tiao and Prawn Noodles have earned his stall many fans. 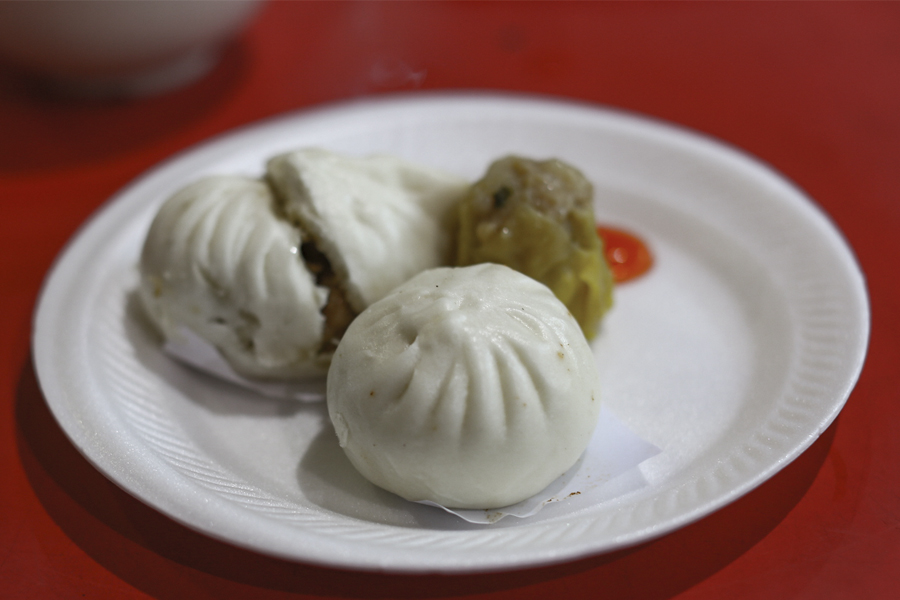 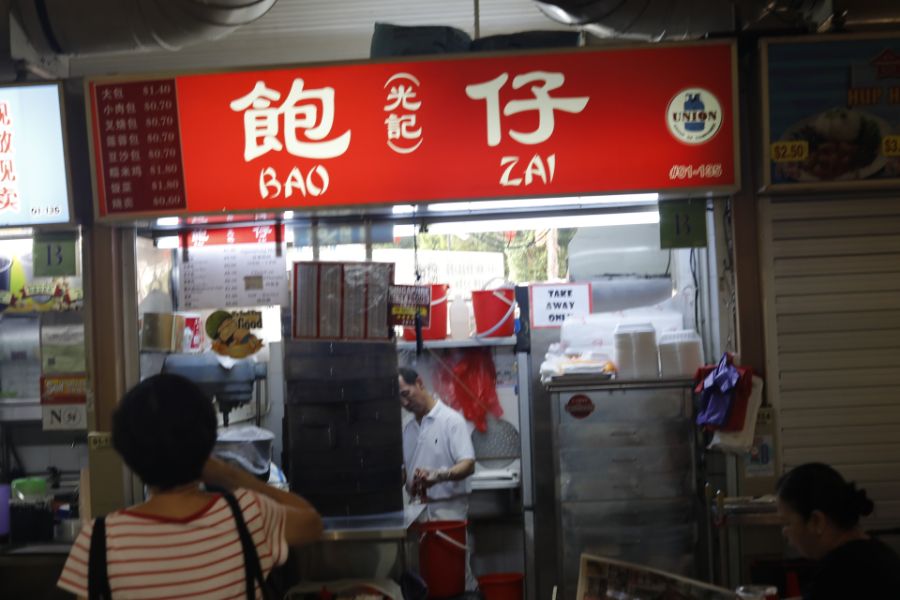 Its signature is the Char Siew Pao, made traditional style by hand on a daily basis.

The buns cost 70 cents each, are smaller than other factory made ones, but they don’t lose out in terms of quality.

The char siew fillings are sweet and juicy, and the meat is roasted fresh in a traditional charcoal oven which allows the full flavour of the meat to come out.

Before making paos, the owner had also previously sold roast meats which explains why the char siew is of a certain standard. 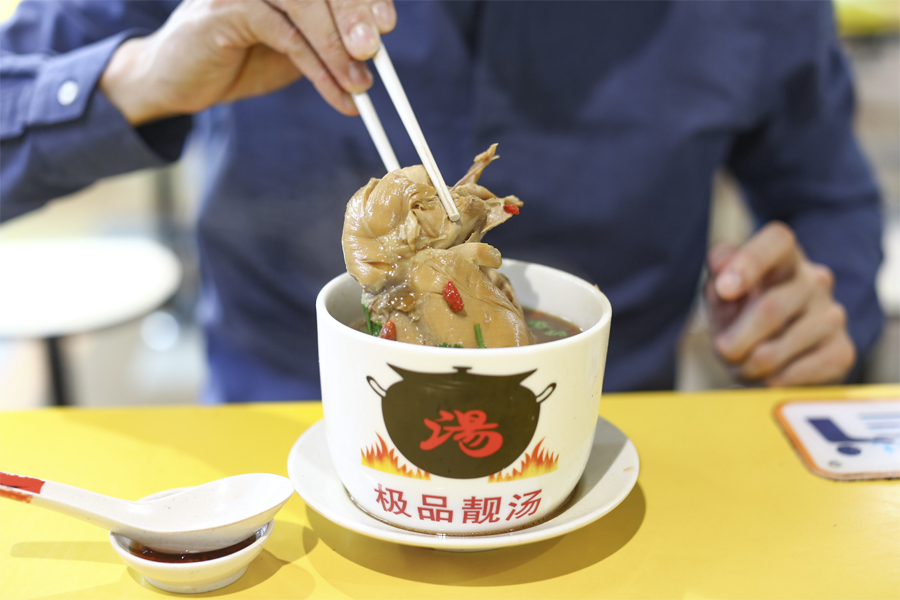 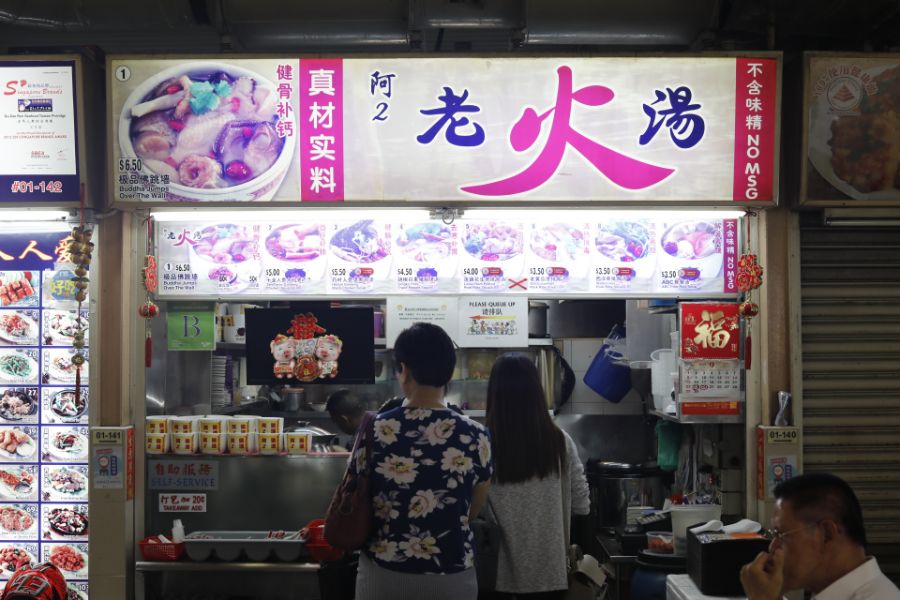 Customers can add an additional bowl of white rice, while I would recommend a tastier Pumpkin Rice.

The soups are said to be cooked using everything using fresh ingredients and do not use added MSG.

The soups all come with a generous amount of ingredients, including expensive ones such as chucks of fish maw and abalone. Quite value for its money, and nothing is over $7.

The stall has been included in the Michelin Bib Gourmand Singapore, a testament to the quality of the soups. Ah Er Soup (ABC Food Centre) 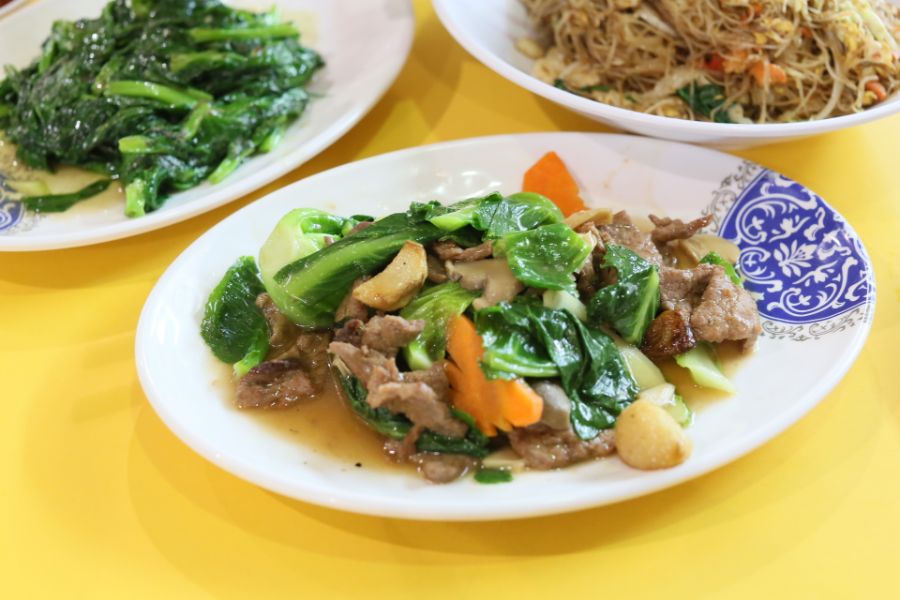 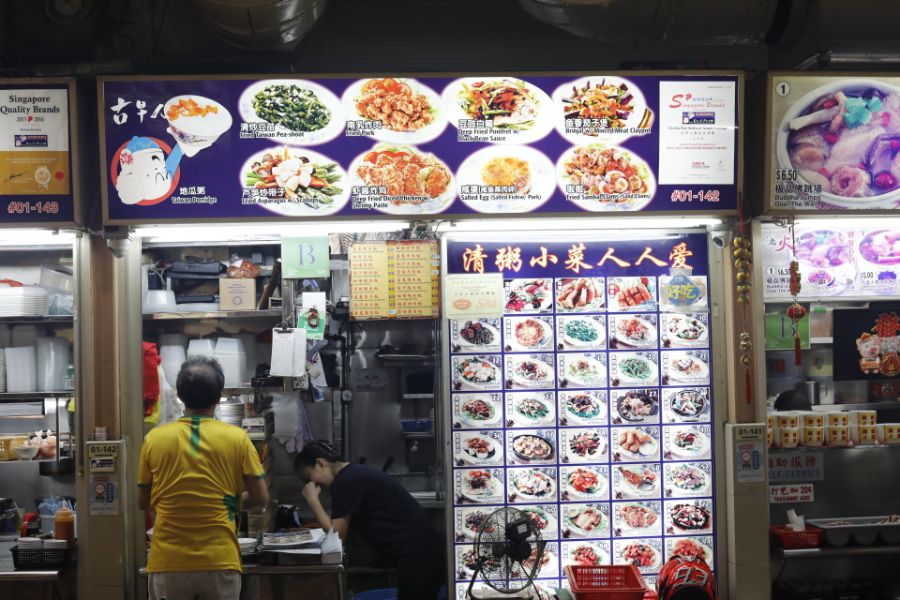 Comforting Taiwanese Porridge With Variety Of Dishes
There are two stalls serving Taiwanese style porridge at this food stall, this is the earlier one to be set up.

The stall serves up porridge added with pumpkin, paired with dishes which you tick off a sheet. Porridge is light and slightly water, which works as dishes are on the richer side.

Prices are slightly higher than the average hawker stall, so go easy before you receive a bigger than expected bill. 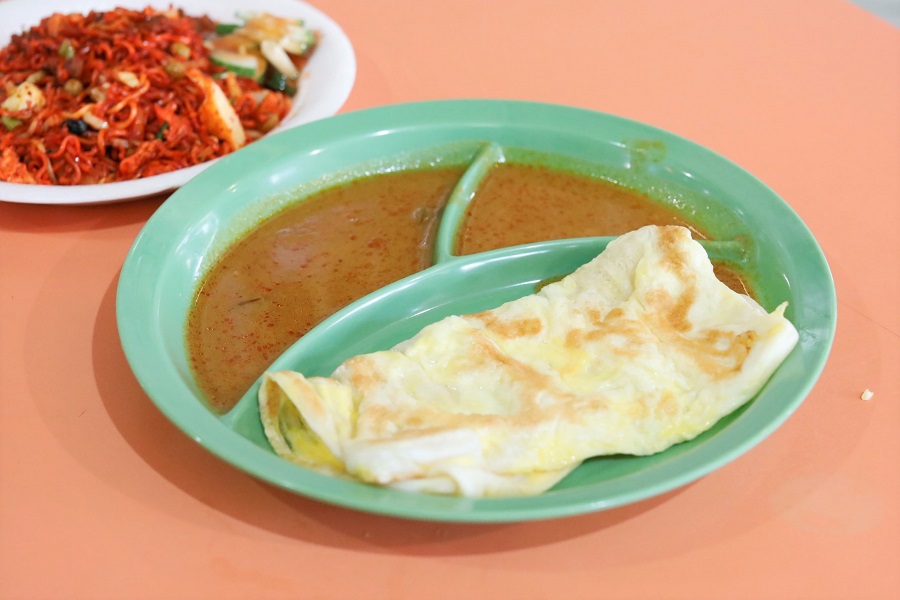 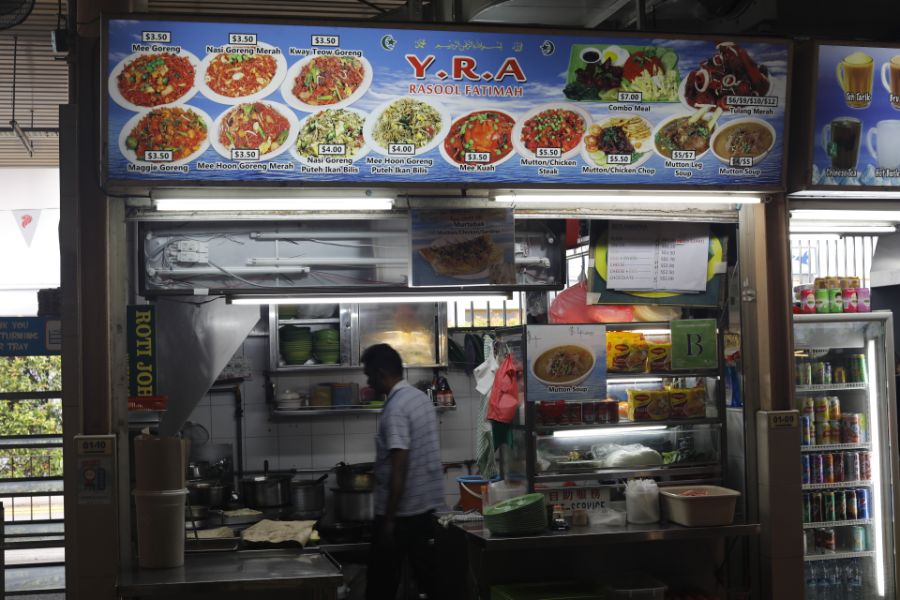 Roti Prata Stall Listed With “Michelin Plate”
Few customers would have known this “YR Ahmad” stall is actually listed in the Michelin Guide with a “Michelin Plate”. There is no conspicuous red round decals around indicating that, but buy the red book and you would find it.

Its Murtabak filled with mutton, chicken or sarine is on the eggy, softer side. 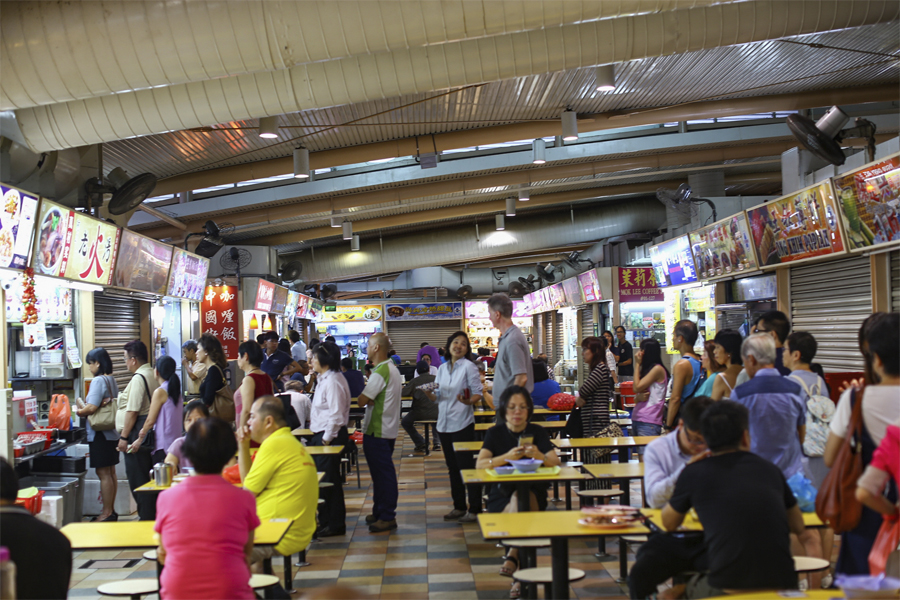 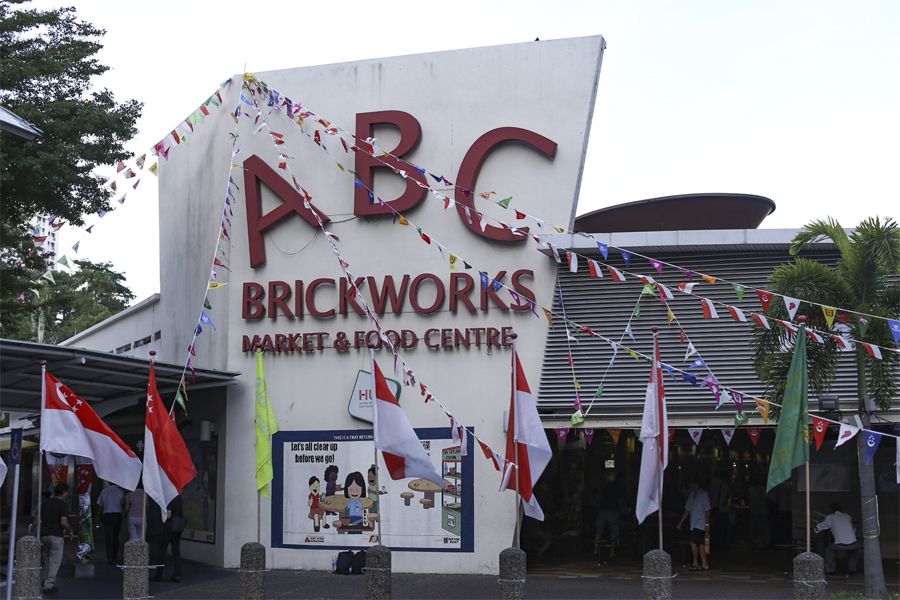