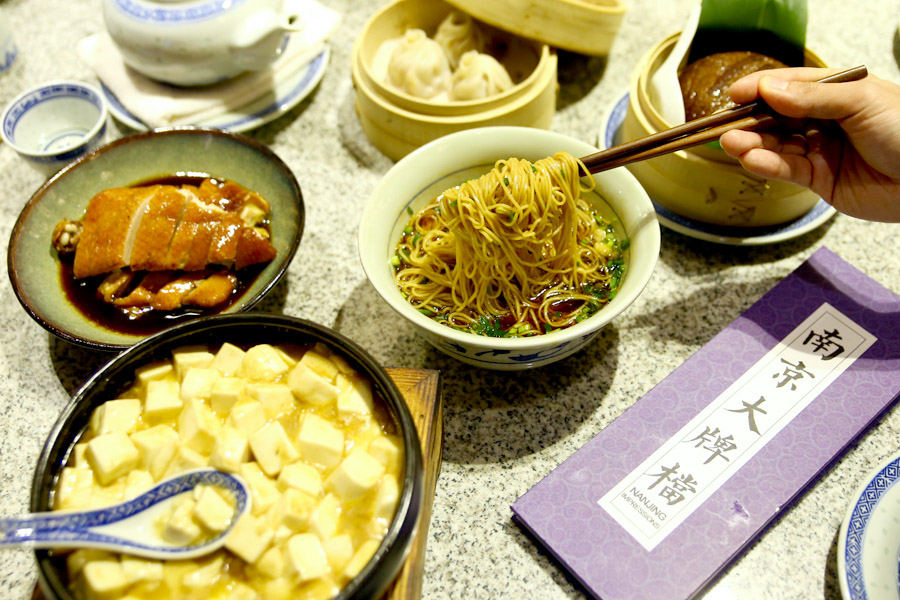 I am not sure if I am more thrilled by the food or the very idea of the concept of Nanjing Impressions in Singapore 南京大牌档. Though it did strike a positive first impression.

Nanjing Impressions lands itself at Level 4 of Plaza Singapura, where 1 Market by Chef Wan used to be.

Founded in 1994, it is lauded as one of the must-visit restaurants in China, with about 40 outlets in Nanjing, Beijing, Shanghai, Tianjin, Shenzhen, Wuhan, Wuxi, Hefei and Qingdao, often positively reviewed in various Dian Ping channels.

Once you enter the restaurant, you may understand why. It may take you back to olden China a hundred years ago. 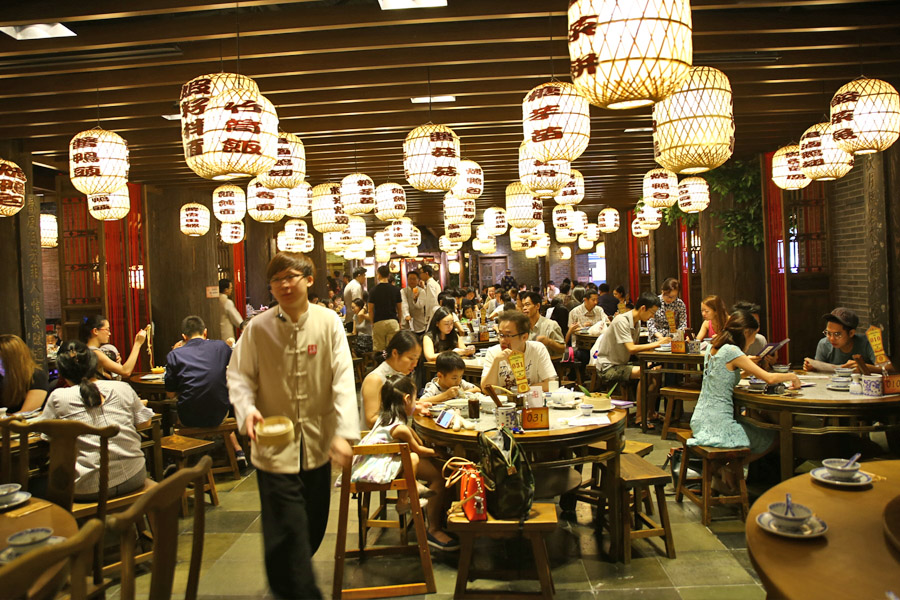 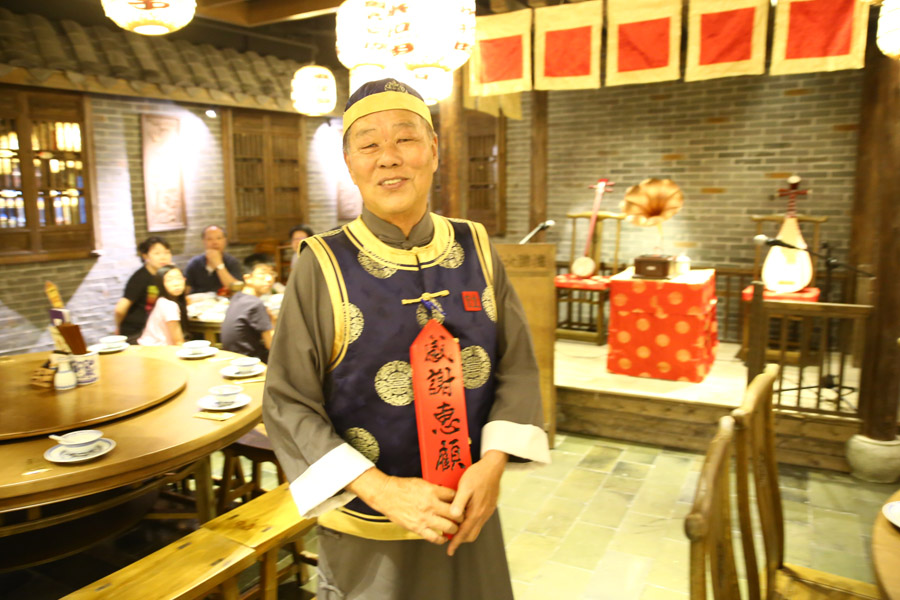 Two seniors were standing outside dressed in a Chinese costume (of the Qing dynasty, I reckon?) under a large signboard that read 大牌檔 (Da Pai Dang) – that literally means open-air food stalls.

”Are they for real?” They are. 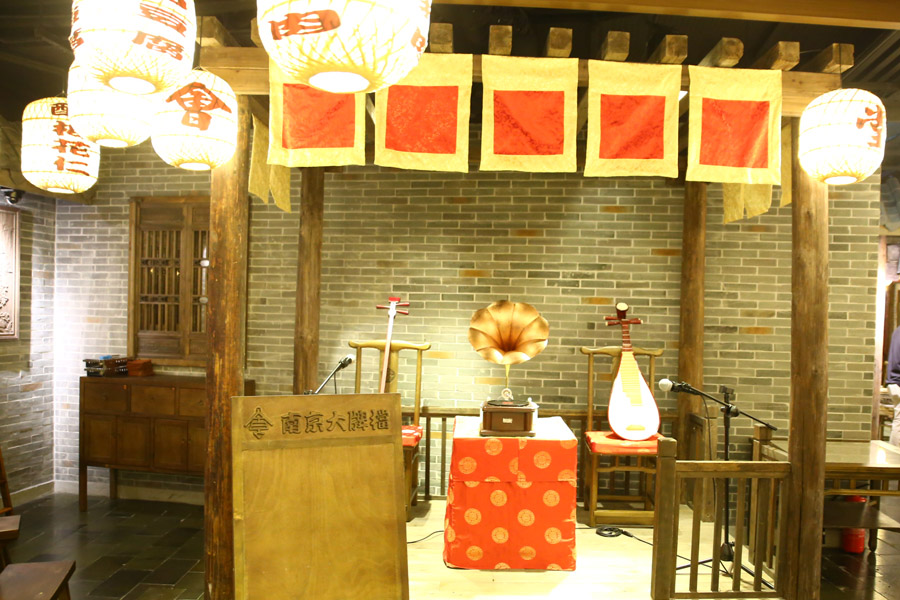 The interior was impressive, designed like an olden tea house with hundreds of hanging lanterns (You could imagine Gong Li hanging them), attention was paid to details down to every bowl and plate. 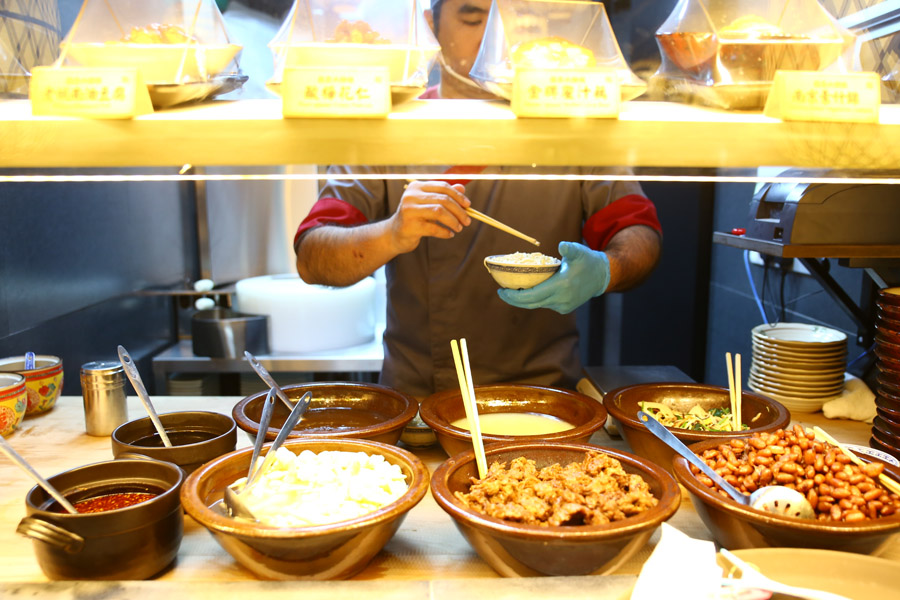 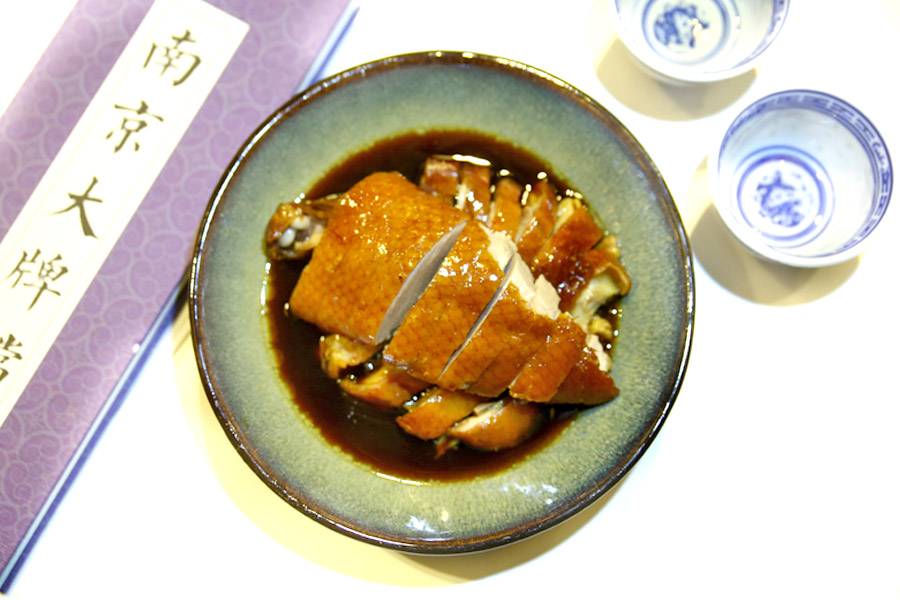 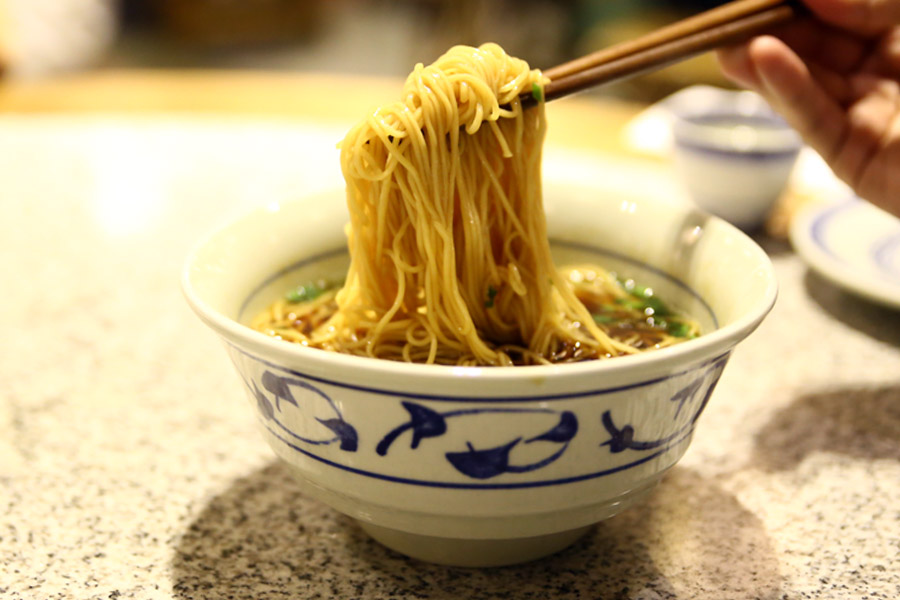 The Yang Chun style noodles is said to be based on an ancient recipe, containing long springy noodles served in light-soy flavoured broth. It was simple, but the taste was clean yet satisfying.

While the soup might look deep in colour, the saltiness and oiliness wasn’t overpowering. 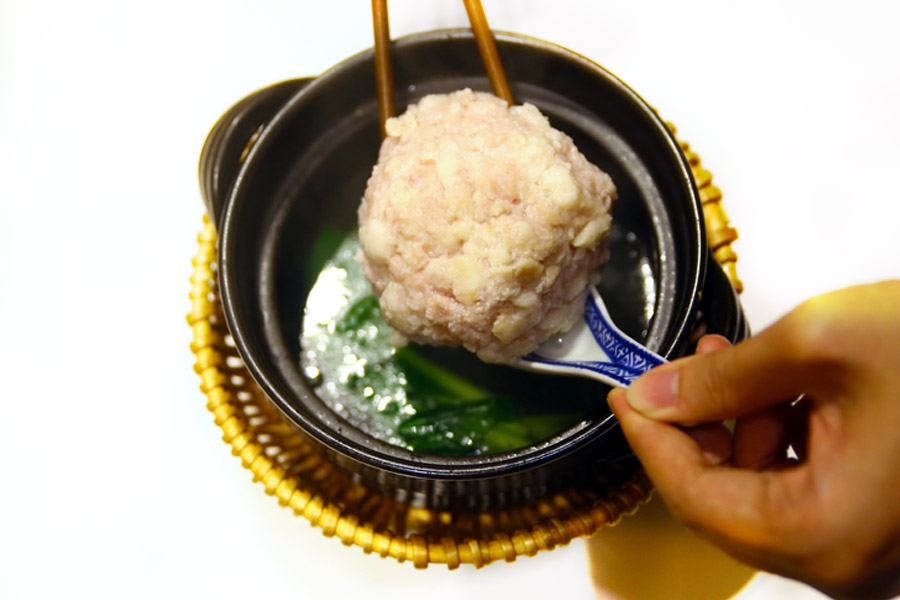 The giant meatball arrived in a salty broth, but so soft and fatty that it would literally melt in the mouth. One of the tenderest meatballs I had in a long time.

The meat is supposedly diced such that fat and lean are evenly distributed for the best flavour and texture, then steamed for six hours. 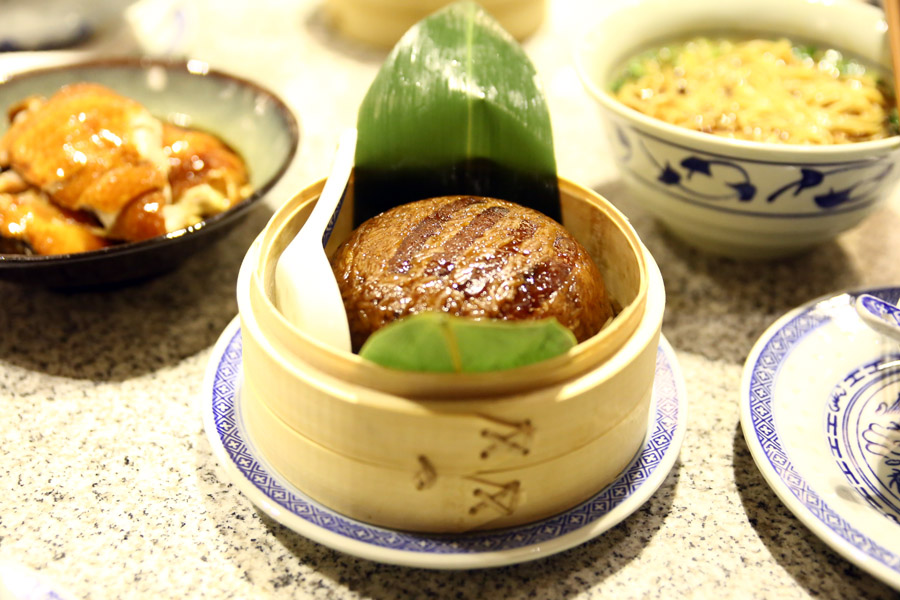 Some of the other dishes were more average tasting.

The Celestial Roast Duck Dumplings ($6.80 for 3) looking like Xiao Long Bao had too thick a skin.

I was also more indifferent towards the Honey-glazed Stuffed Lotus Root ($12.80) – perhaps I should have had it as a started before the other richer-flavoured food kicked in. 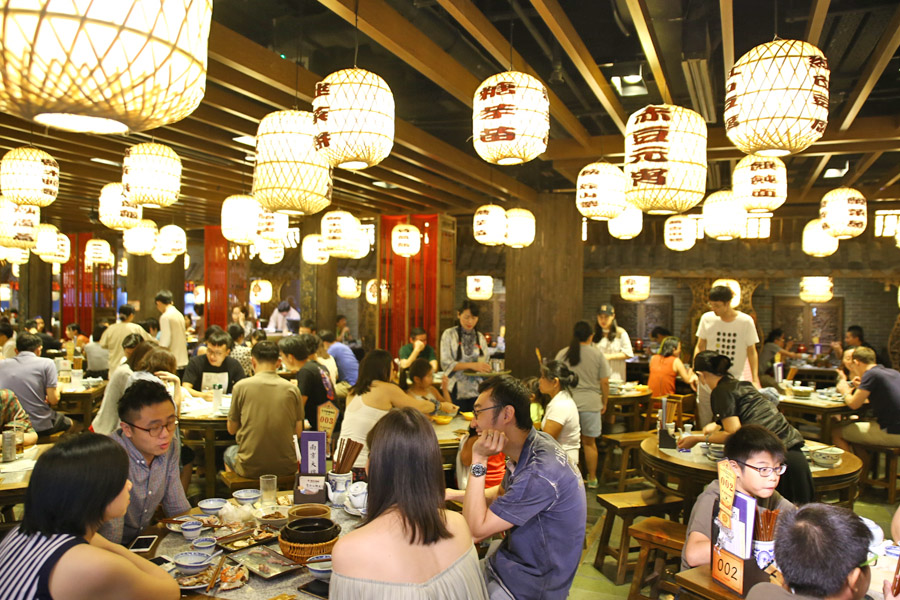 The one thing I hope that would be ironed out would be the reservation system. I called and was told “reservation was full”. Instead, I turned up earlier to queue for about 45 minutes, while there were still some empty tables around. 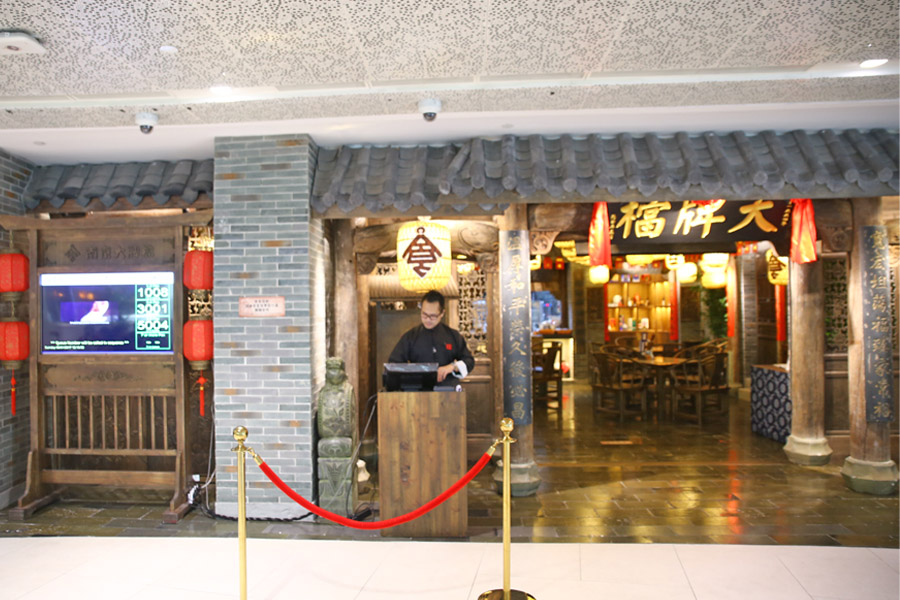