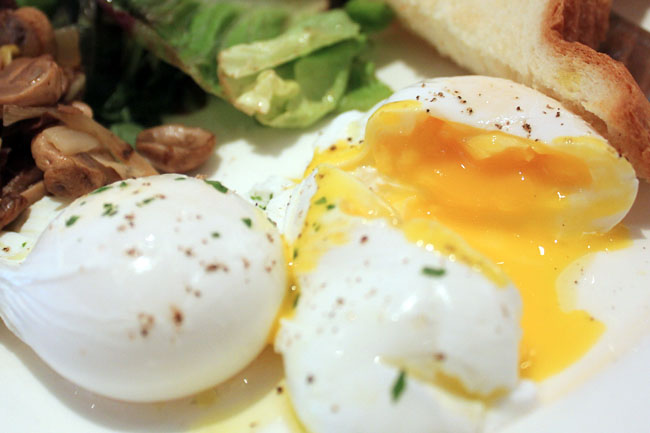 If I ask what the current food fad in Singapore is, it is undeniable that the soya beancurd would come up tops for taking over the hawker centre scene by storm.

On a more up-market level, All-Breakfast joints are taking the lead and many Western eateries are coming up with their own versions of the humble poached eggs. Attacking customers after their meal is the dessert called chocolate lava cake, also making their way into many cafe menus. And on the Chinese restaurant side, how many haven’t tried the Shanghainese Xiao Long Bao?

What do they all have in common? They ooze.

Daniel’s Food Diary rounds up 5 popular foods in Singapore, which have captured our hearts, which ooze, literally. 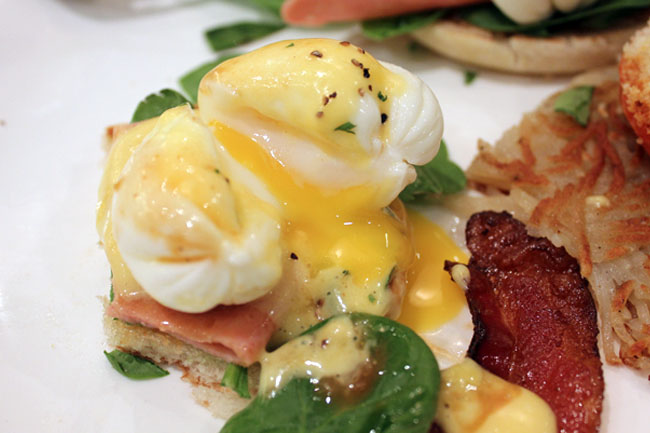 The Eggs Benedict is a dish that consists of two halves of an English muffin, topped with ham or bacon, poached eggs and Hollandaise sauce. Its attractiveness is perhaps because Singaporeans already like the half-cooked eggs. Look at the Yakuns, Toast Boxes and ramens shops with their half-boiled eggs. Plus who can resist when the oozing yolk flows and gets absorbed by a sweet roasted muffin.

Get your supply from Wild Honey, Eggs & Berries, Choupinette and Hatched – where you can have poached eggs for dinner. 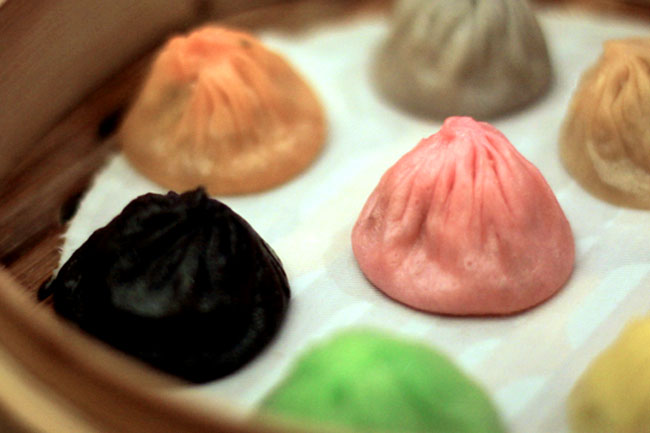 Xiao Long Bao, more affectionately known as XLB, are known as ‘soup dumplings’ where the soup gelatin inside melts when they are heated. You can pop the entire XLB into your mouth, or more correctly poke a small hole at the top and suck the oozing soup stock within.

The most well-liked restaurant in Singapore has to be Ding Tai Fung, the Taiwanese brand which ranked as one of the world’s Top Ten Best Restaurants by The New York Times. Paradise Dynasty with its multi-coloured XLB has earned a royal following, including myself. 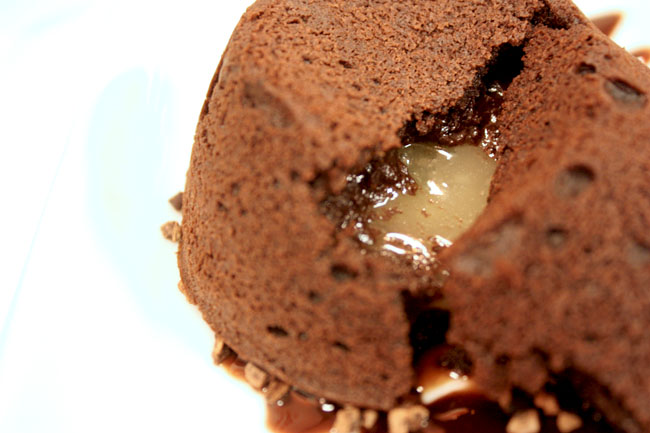 Word has it that the Molten Chocolate Lava Cake was created as a result of a baking mistake as the chocolate cakes were taken out too soon. Still, the warm chocolate cake oozing out decadence is a feast on the eye and the tongue, especially when sauce within is still (many cakes unfortunately don’t flow well).

3 Inch Sin is perhaps one of the few cafes around in Singapore which specialize in making them, along with alcoholic flavours. 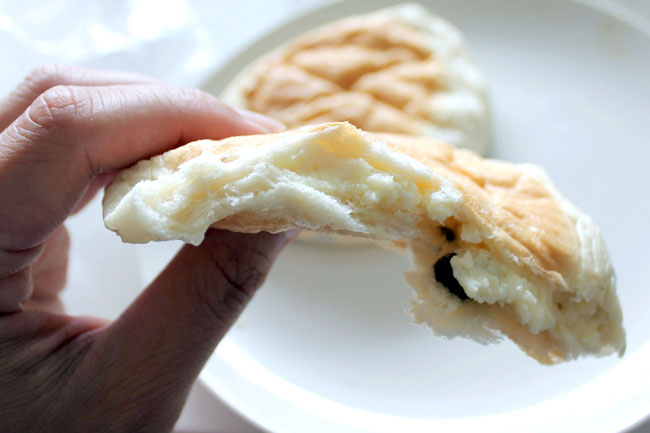 I am not sure if you have passed by this bakery known as Barcook Bakery, but queues of people are there for its signature Cream Cheese Raisin Bun. What’s special about it? Its filling oozes. Eat them warm, and you won’t regret. Many bread shops have come up with their own versions, but none can compare.

And there is this Chinese bao which oozes so much that its filling burst out and spilled on my white shirt and all over my hands. Caught unaware, I was both full of love and hate for the Custard Bun Liu Sha Bao – available at Victor’s Kitchen.

The multi-layed sensory, the warm flow on the taste buds… Are there any other food which you love that Oozes? 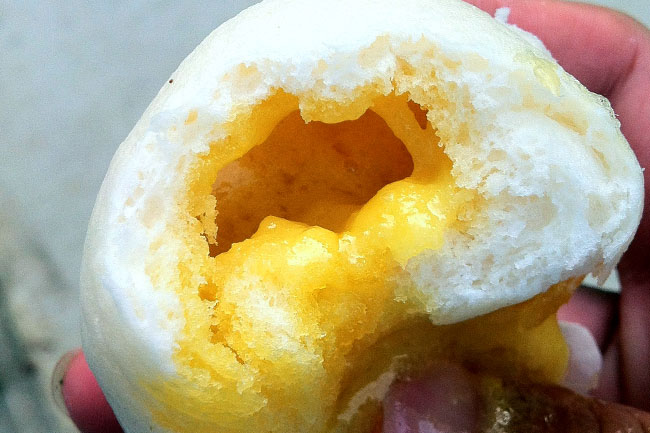